Saturday afternoon, it warmed up a bit but poor Ariel was still in a jacket and hat.  We met Alan, Ina and the kids at Windlestrae Park in North Wales for the Montgomery Township Autumn Festival. 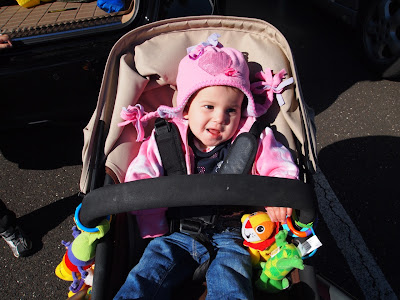 For some strange reason the stormtroopers were there, guarding... 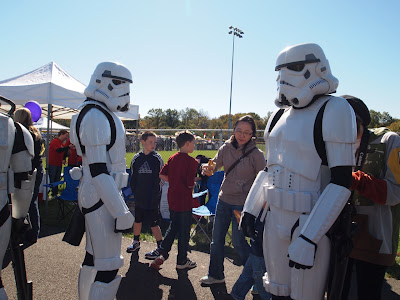 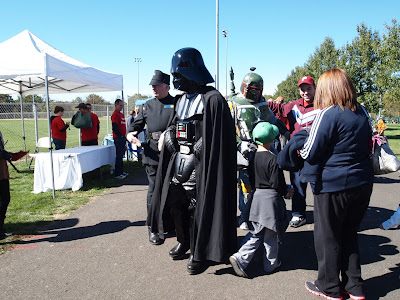 Aden was a little nervous to get near them. 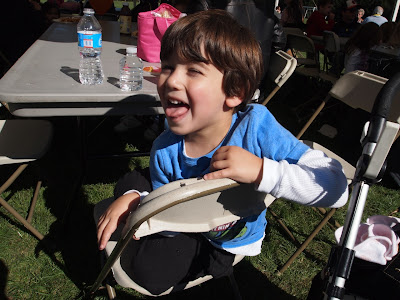 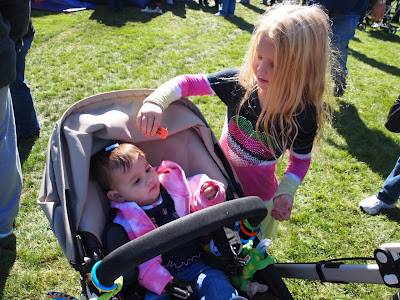 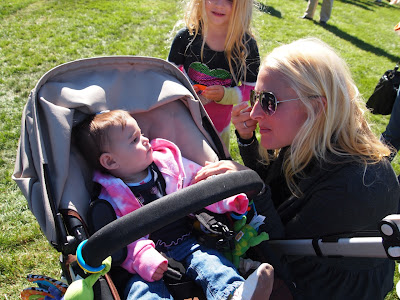 There were lots of bouncy rides for the kids. 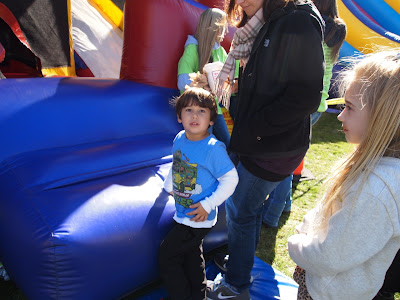 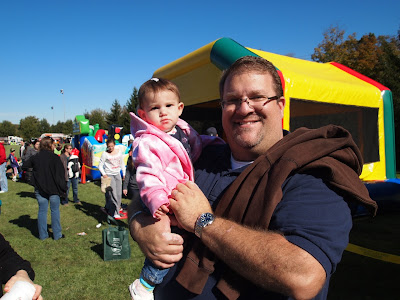 Ariel points all the time.  Usually she's pointing at nothing. 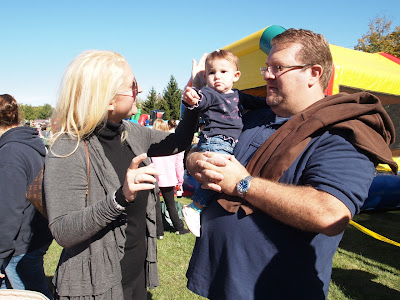 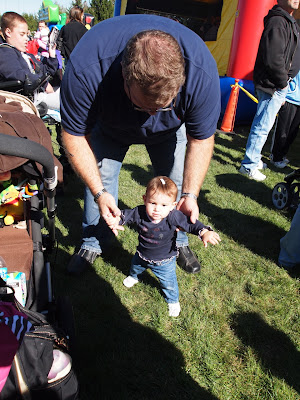 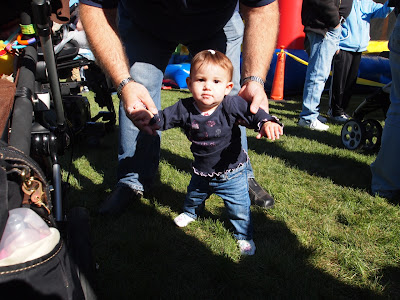 Aden and Josh had a blast. 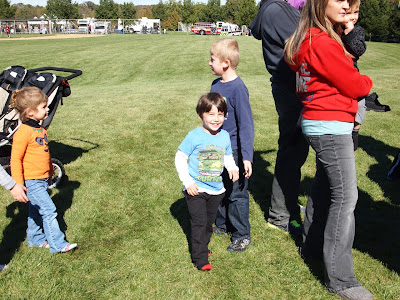 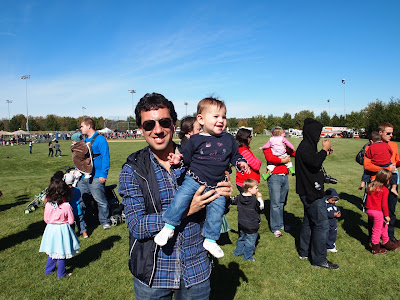 Ariel wanted to play with the big kids so badly. 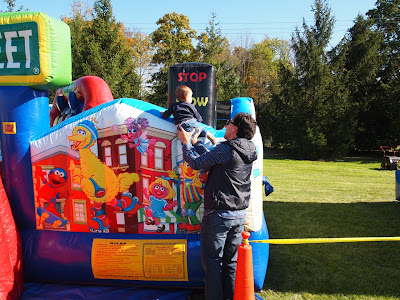 Part 2 of the festival and Marsha's surprise birthday party are coming in the next post! 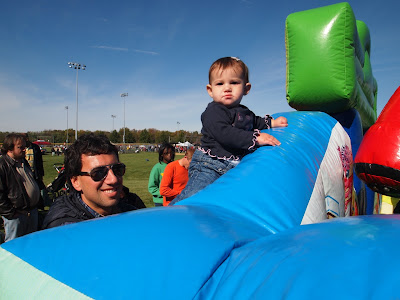