It's Tuesday night and a pretty big storm just passed by.  It was howling out there.  We are getting close to Spring!  Aden had tryouts for the school play tomorrow.  It was pretty funny listening to him sing and practice his monologue.  He's the first one to go!  These are from last Sunday and Monday.

Sunday night, our synagogue had its first ever Family Sweetheart Dance.  I just took Ariel.  Amy came very close to bringing the twins but then she thought about it for a second and bailed!  Look at our pretty princess. 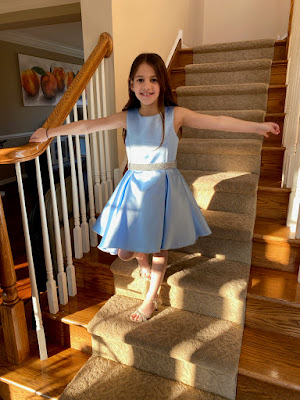 I haven't worn a suit in a while.  Don't look to closely at us, we might be wearing very similar outfits to the father daughter dance in a few weeks. 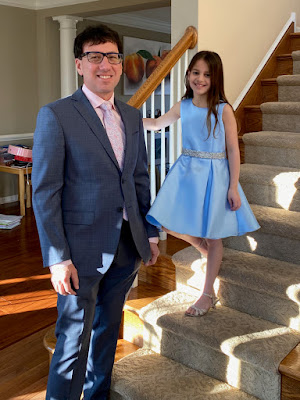 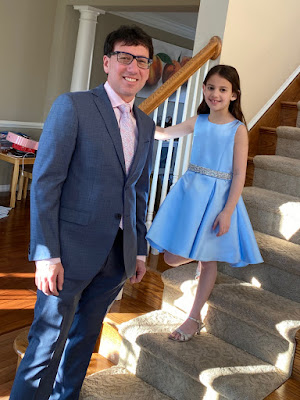 They had a nice turnout. 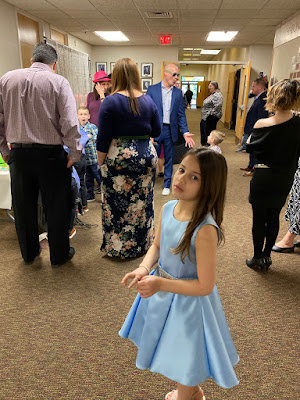 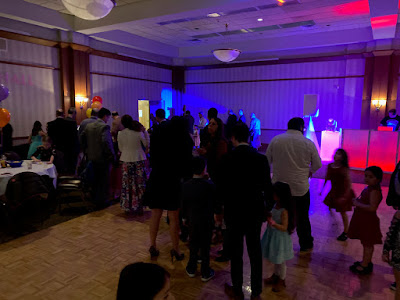 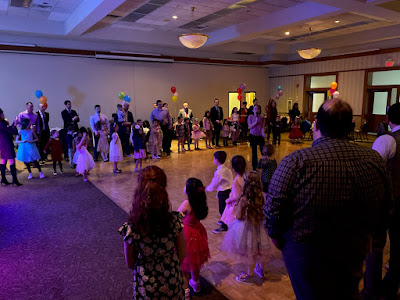 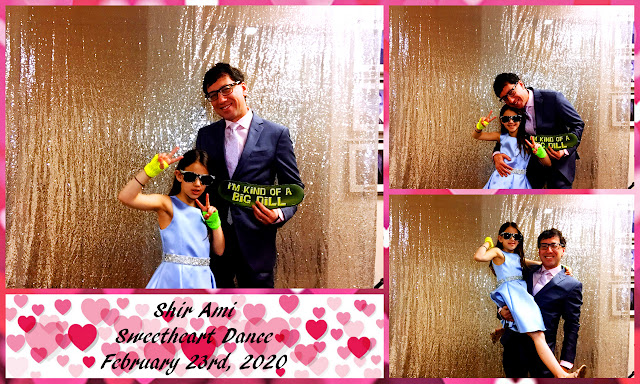 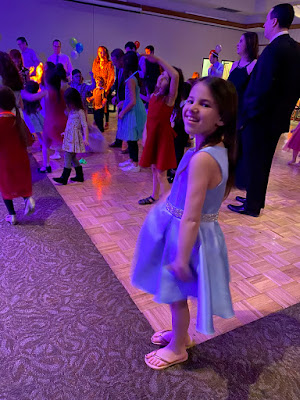 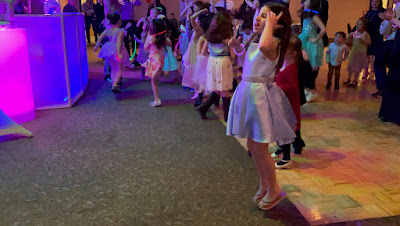 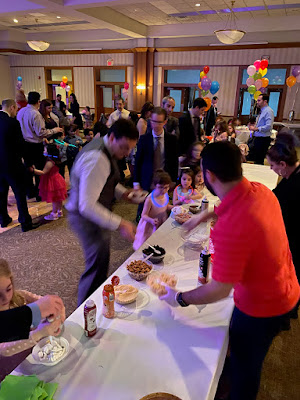 We had so much fun! 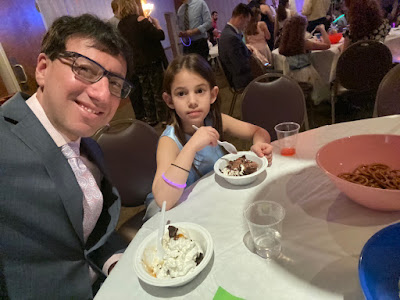 We had to stop by the market after and Ariel got a dance with marty! 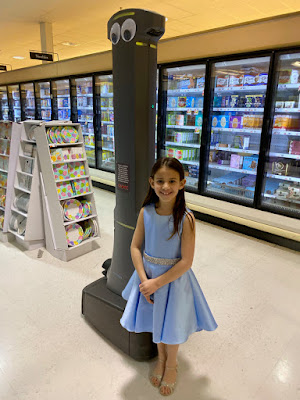 Notice the yellow lights, he was screaming about a spill. 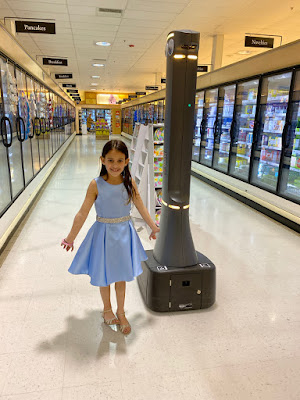 Monday morning, Ariel had to get her spacers put back in. 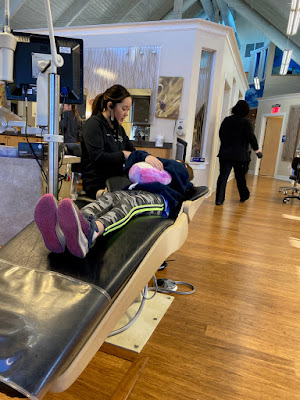 It was a warm day!

Everyone outside to play! 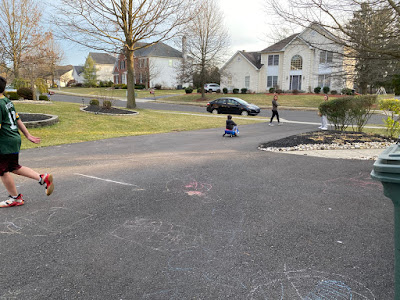 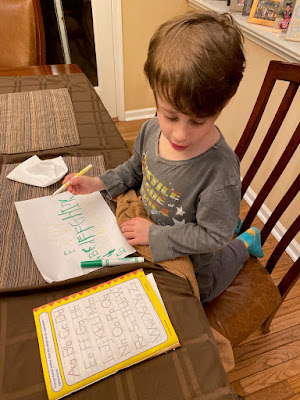 So that night, I opened up the second King Cake.  This one had a praline filling. 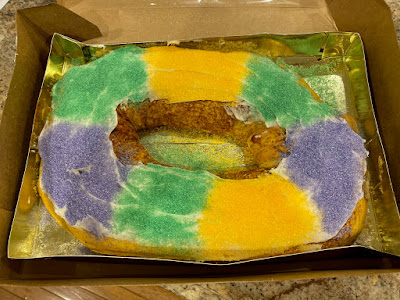 Aden was dealing with the twins while I was getting it ready. 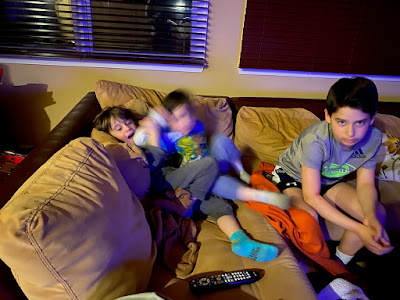 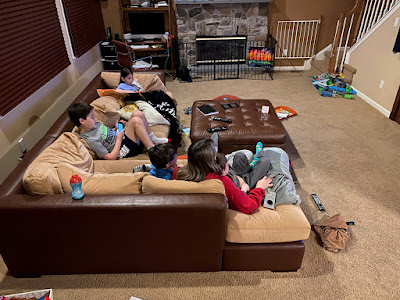 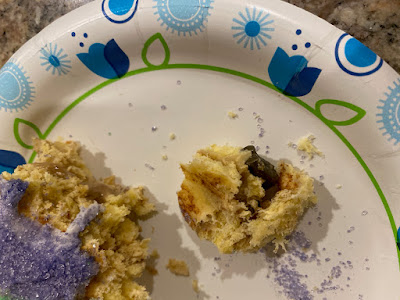 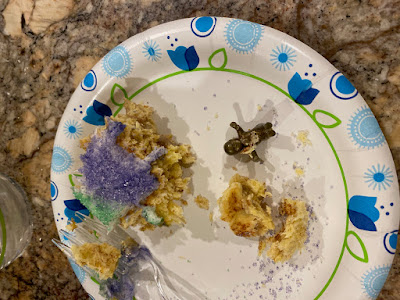 It's plastic and small.  Maybe not the best tradition. 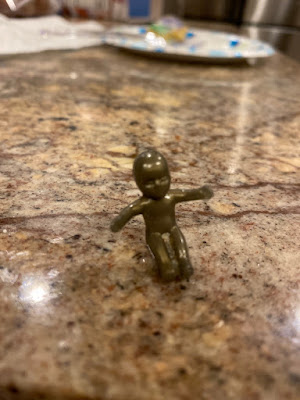 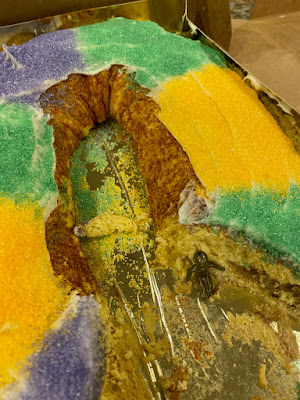