It's Thursday night.  I had my second full training session tonight at the gym.  This time it was an hour.  I felt pretty good after the half hour session Monday but I'm not as hopeful about tomorrow!  Pretty soon I will ready for a body building competition!  Yeah right.  Maybe I will finally be able to keep up with the kids!

Last Saturday was opening day for Council Rock Holland Little League and it was freezing!  The parade was at 7:45 in the morning!  I didn't get home till 3:30 the night before.  That's another story for another day.  I was kind of hoping Aden would have forgotten about the parade but he was shaking me at 6:30.  Ugh. 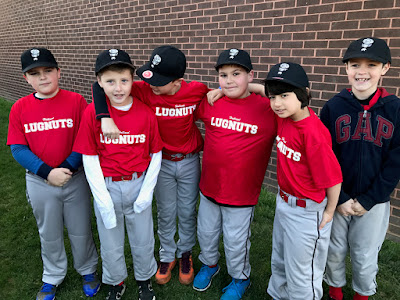 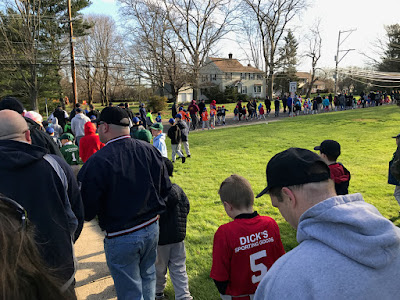 It was warm while we walked. 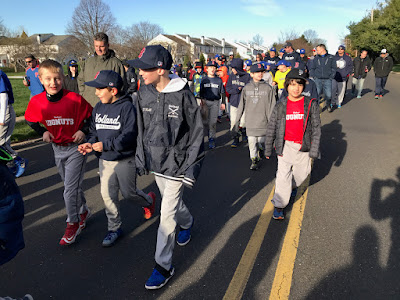 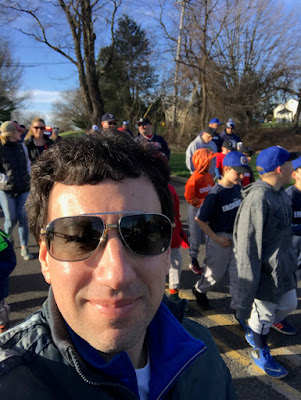 We always get a nice escort. 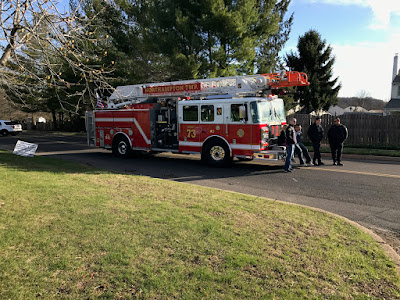 We gathered together for speeches. 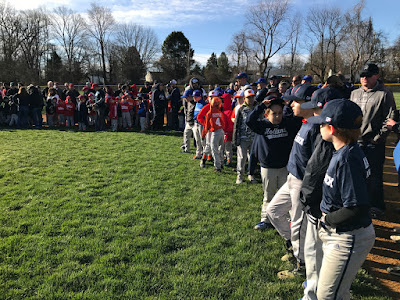 Aden and Jack were ready to play! 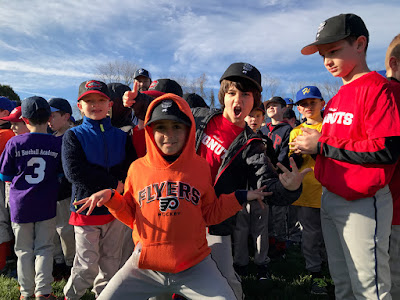 We went right to the game.  It had been raining the last few days so all the fields were wet.  They kept moving us till they found a reasonably dry one. 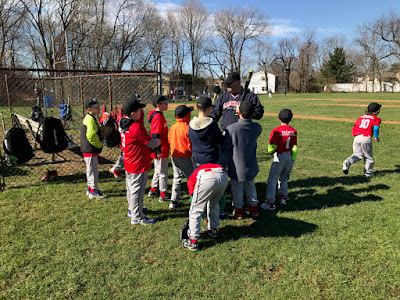 Did I mention it was freezing! 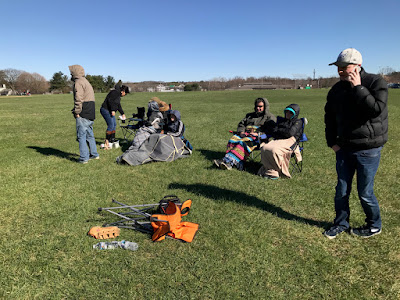 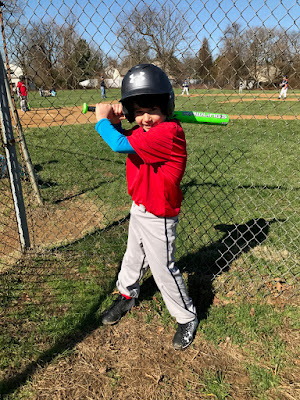 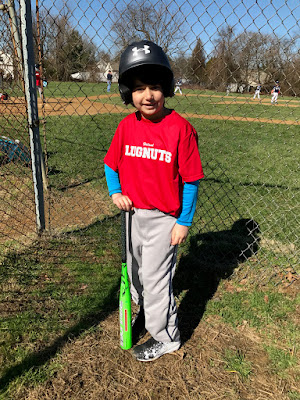 First at bat of the season and the return of my real camera which I haven't used since soccer in the Fall. 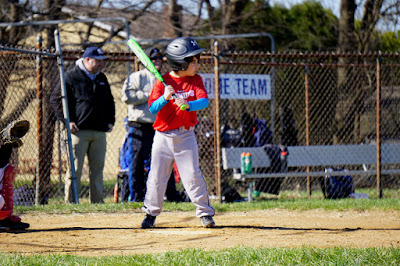 It's kid pitch and the kids did well.  Here comes a good one. 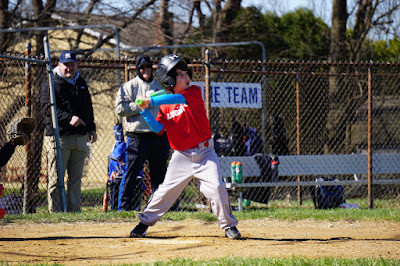 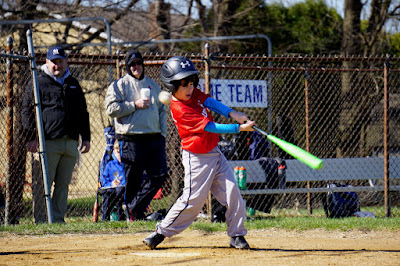 Poor Aden struck out all three times he was up and took it badly. 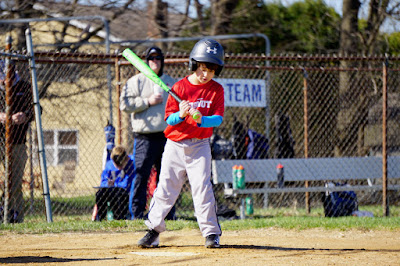 He did pretty good in the field though. 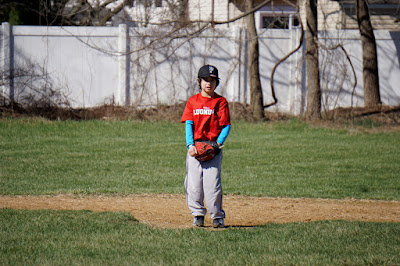 He played a few different positions. 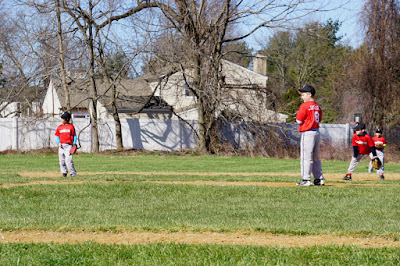 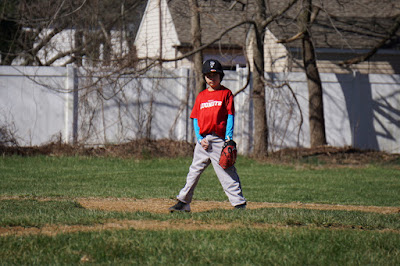 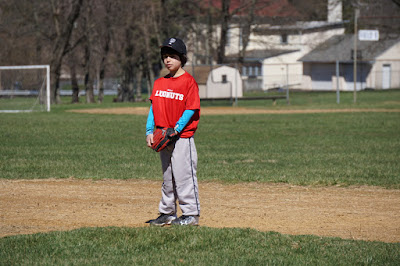 He really didn't like the one inning he had to sit out. 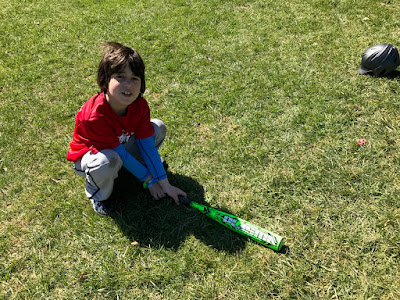 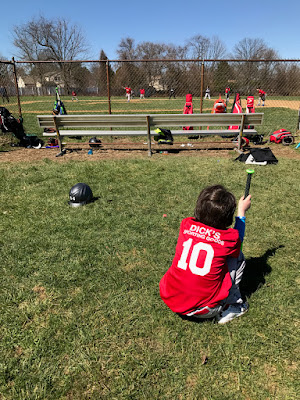 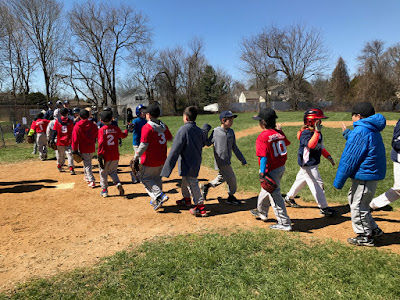 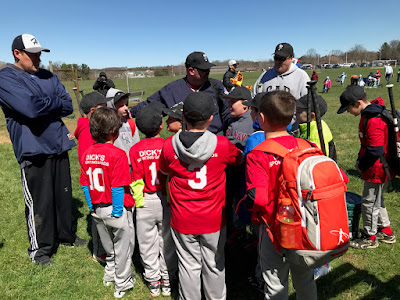 Eli likes to put peanut butter on the bread. 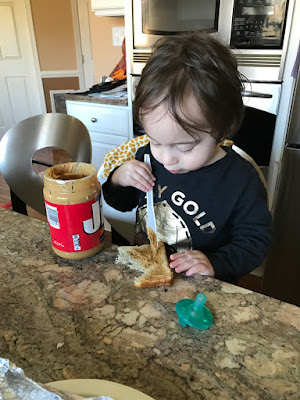 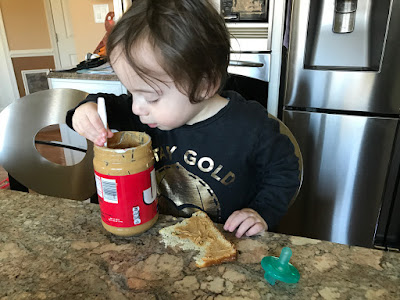 He actually does pretty well. 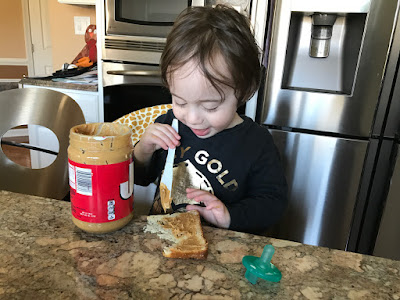 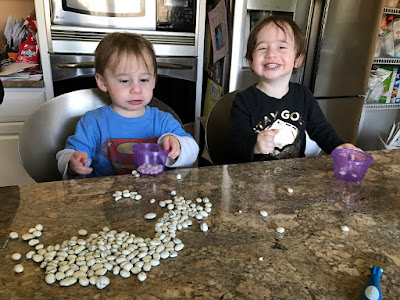 Dot dot!  Everyone have a great weekend! 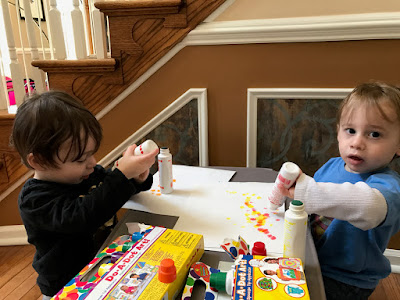