It's Sunday night and the Eagles are winning by a point at half.  8-7.  So sad.  If they somehow win, they will in first place at 1-2-1.  So sad.  We had a nice weekend but back to last weekend.
Saturday morning and we were not at the shore.  Bummer.  The boys are starting to take their iPads in their room rather than sit inside or outside our room when it's before 7 am and we still want to sleep a little! 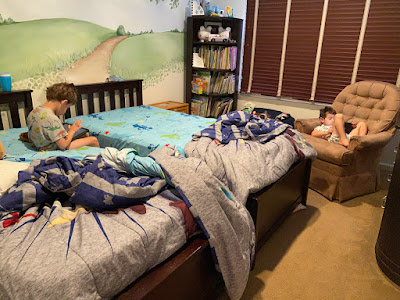 Ariel was hanging out under their beds? 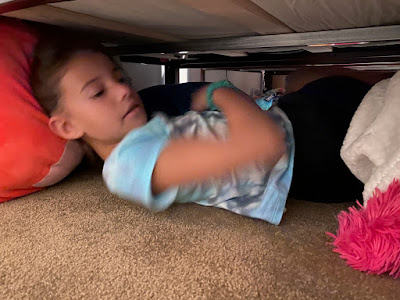 I took Aden to his football game.  I got some shots with the long lens. 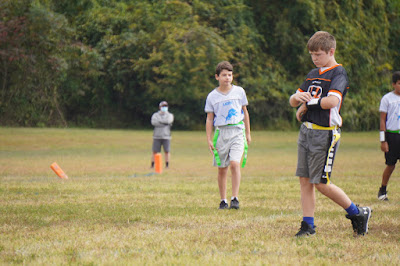 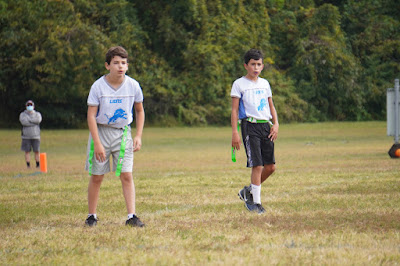 Grab that flag!  It's really hard. 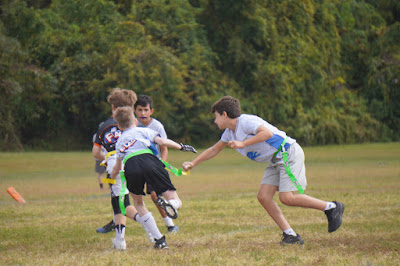 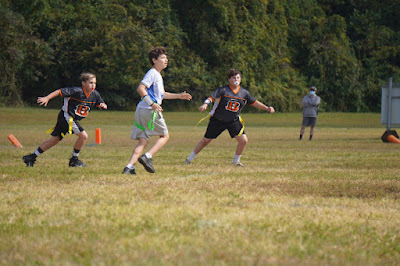 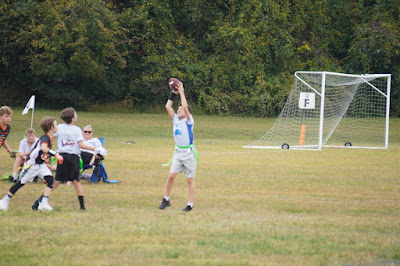 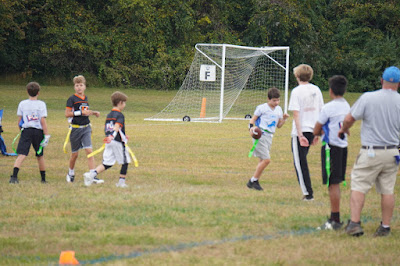 An ice cream for a big win! 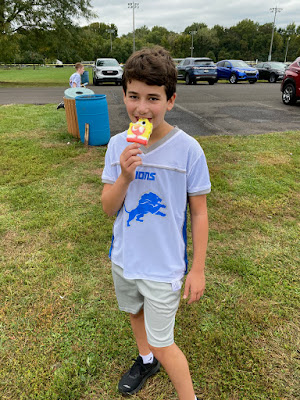 Then it was over to Ariel's cheer game. 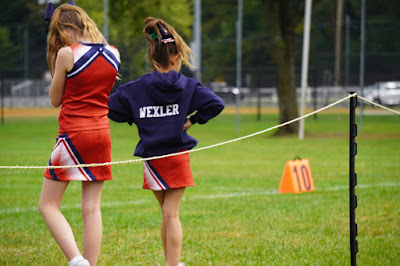 The coaches deep in conversation. 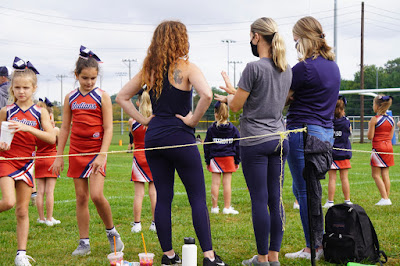 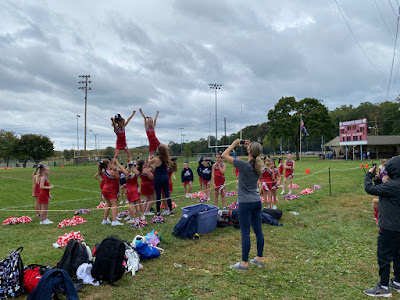 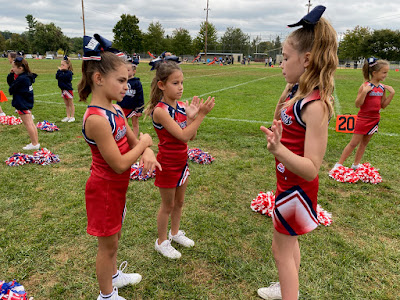 Ariel just loves being with the girls. 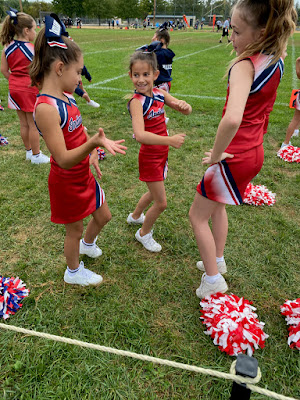 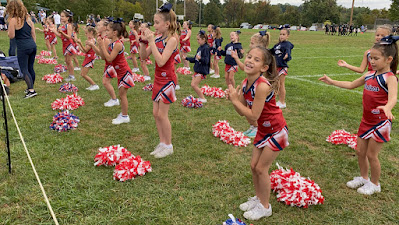 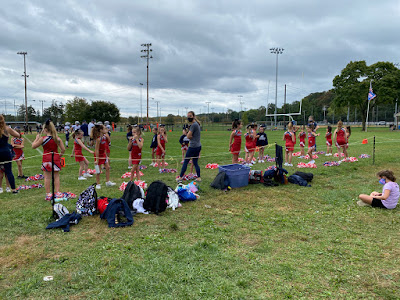 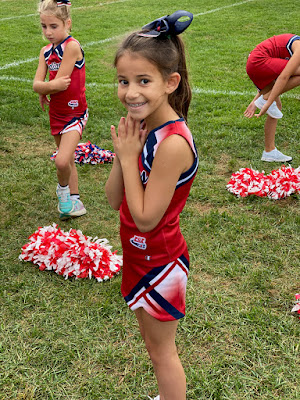 Our cheering section.  Jeff and Cooper were there too! 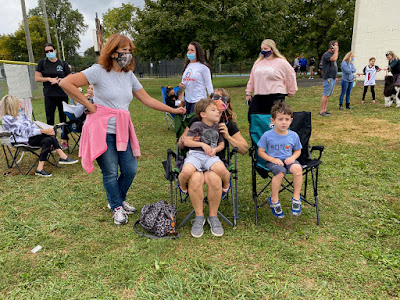 Eli stayed away from Cooper. 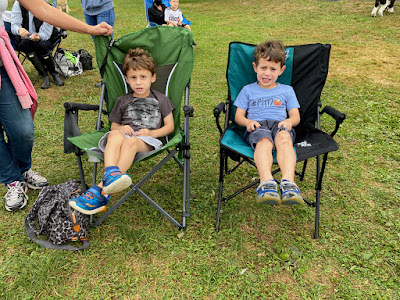 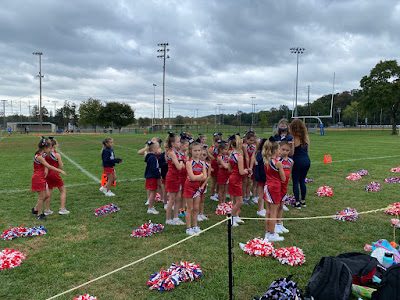 I've said this before, but I love that the cheerleaders have more fans than the football players! 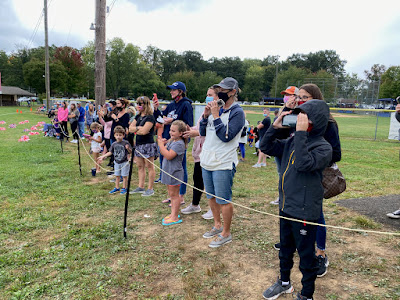 Back home.  Where was Aden going?  That sky looked crazy. 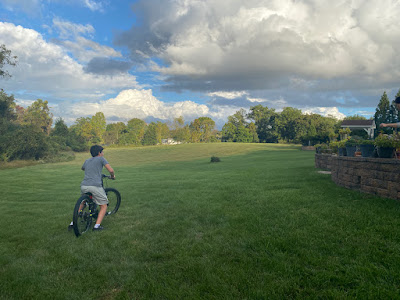 That night, I made beef ribs in the pressure cooker. 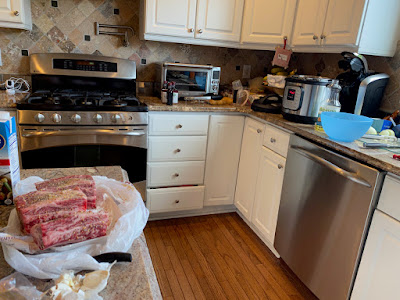 Look at that steam! 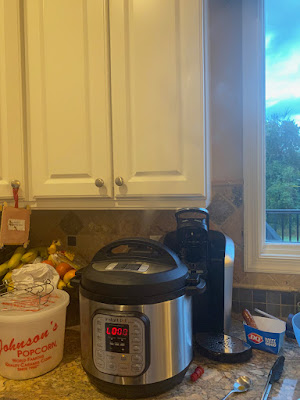 It's amazing how fast it is.  What took 40 minutes would have taken many hours on the smoker and it tastes good! 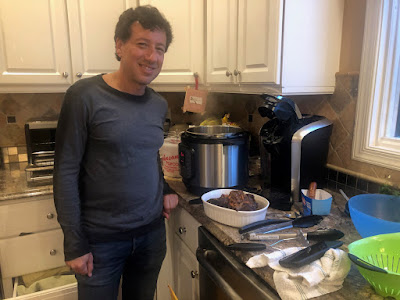 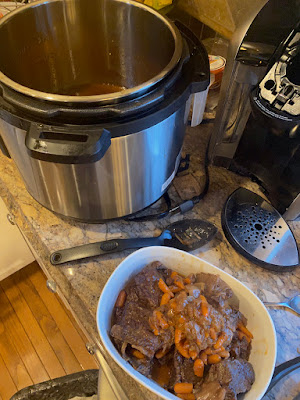 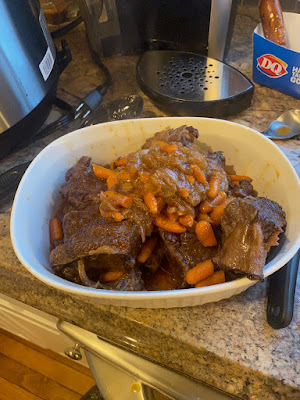 Also made the veggies and mashed potatoes.  Yum! 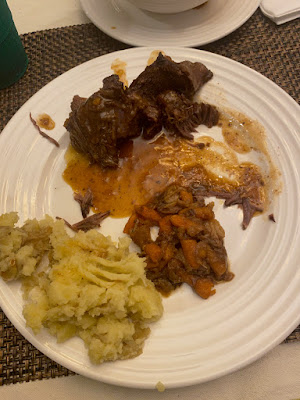 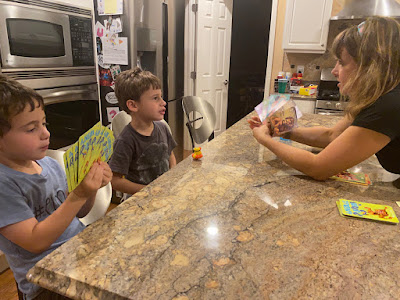