It's Tuesday night, we survived day 2 of Hurricane Sandy.  We never lost power last night, which is awesome.  We seem to have been the only street in Bucks County not to lose power.  This morning, I could not get in touch with my parents or grandmother so I went to check on them.  I will share some of the pictures from my drive later.  Let's just say, it was a mess.  It was hard to get around with all the traffic lights out.  My grandmother was fine in her cold, dark house.  I hung out for a while but could not get her to come back with me.  My parents were the same.  Cold but didn't want to leave their house.  We had fun all day.  My dad went and grabbed my grandmother and brought her to my house for dinner.  Afterwards, her power came back on.  We know so many people at hotels.  They are saying it could be a week before everyone gets their power back. 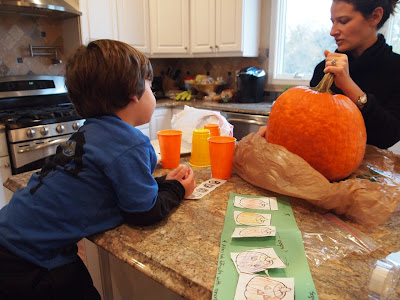 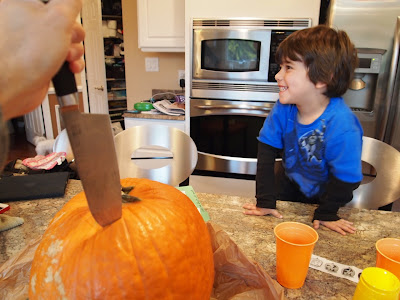 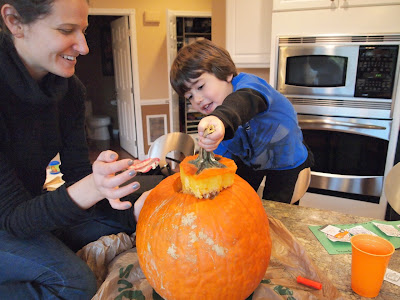 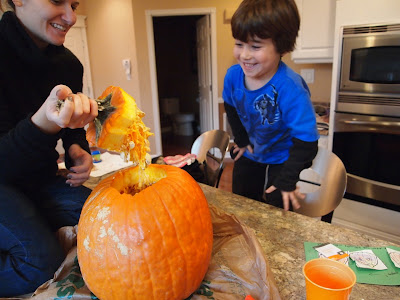 Aden would not put his hands inside. 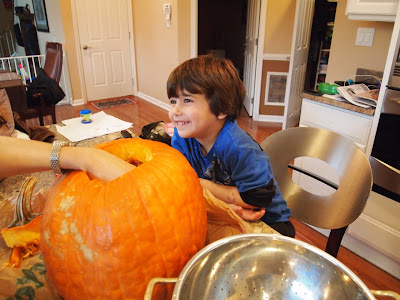 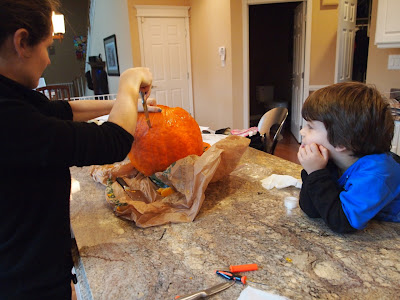 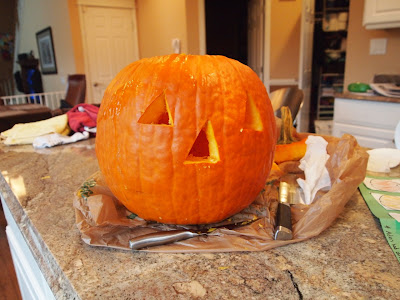 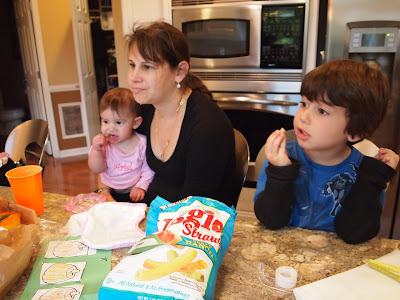 It came out great. 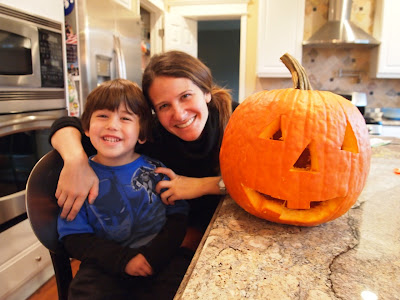 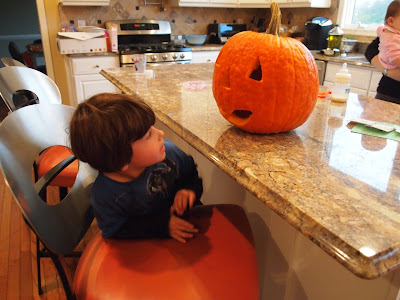 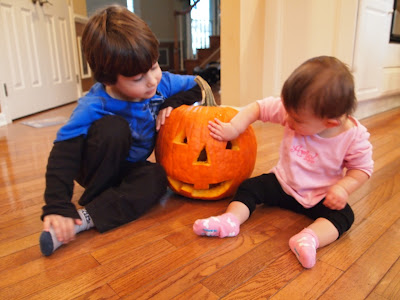 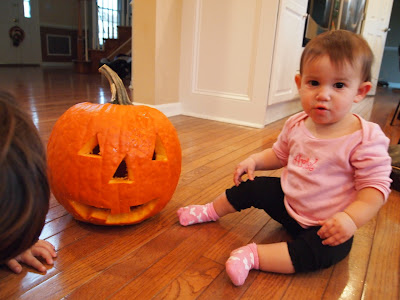 Dinner at grandmom and grandpops. 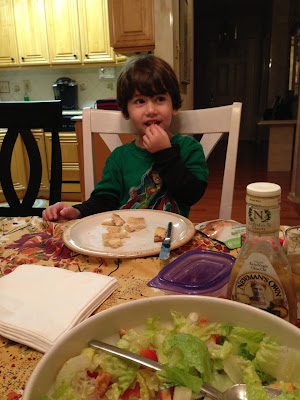 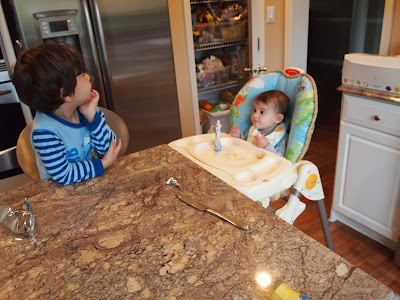 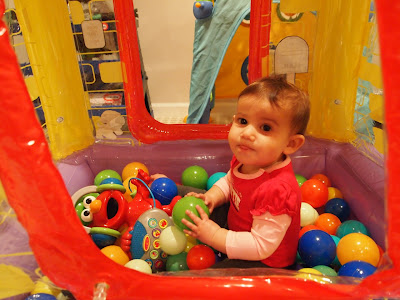 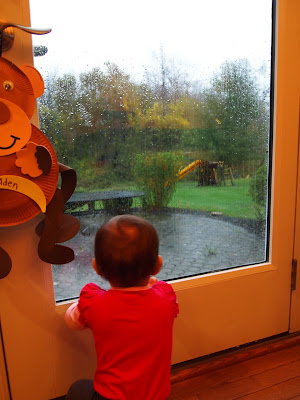 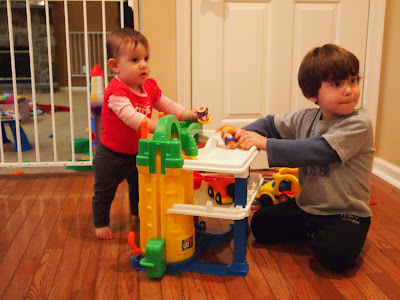 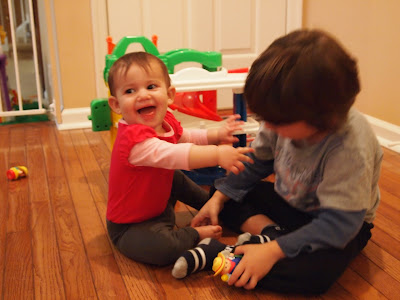 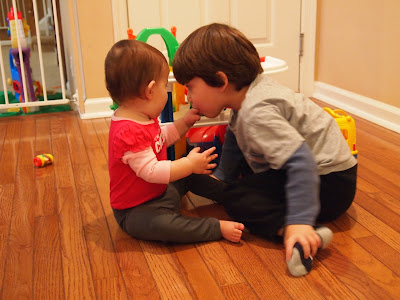 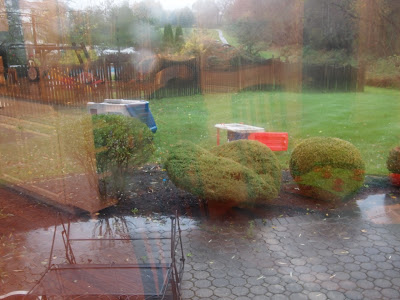 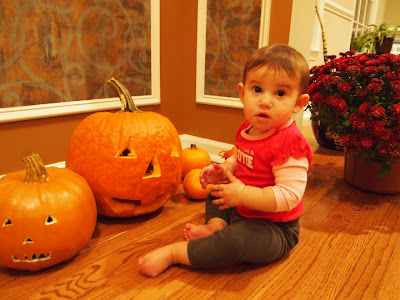 It took a while to get a decent shot. 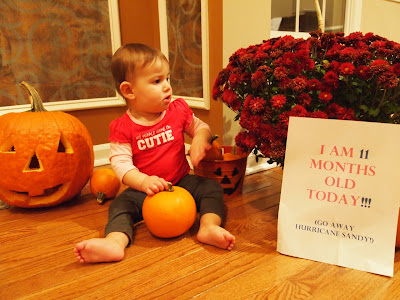 She was not cooperating but this is the one that made it on Facebook. 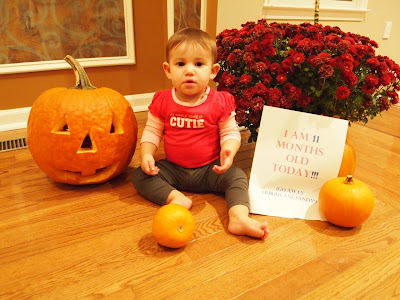