We had a busy weekend.  Everyone was healthy so we were able to do a lot.  We spent a lot of time outside, finally.  It's not warm yet, but it's getting there.  I can tell it's coming because I'm starting to sneeze!

Friday afternoon, we got to see Adam and Brianna one last time before they left.  We won't see them again until July.  Amy got Aden early from school and they all went Monster Mini Golf.  I met them back at the house. 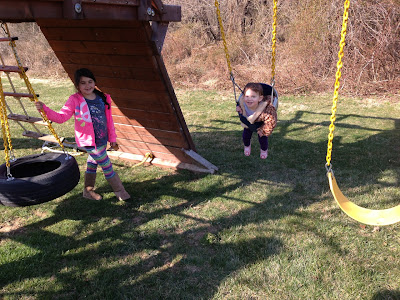 The swings are going to get a lot of use this Summer. 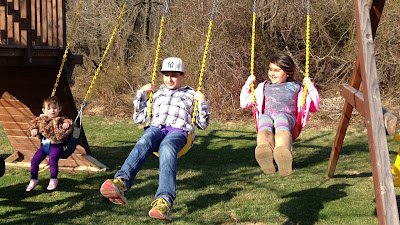 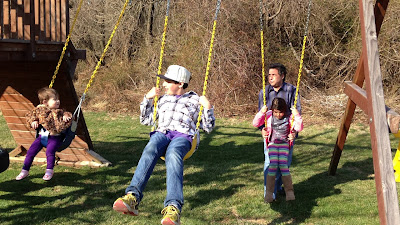 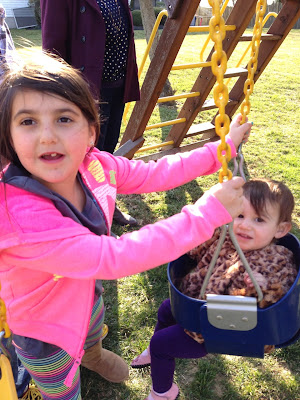 We were all sad to see them go. 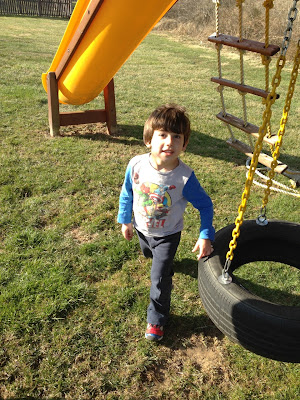 We went to dinner at Roman Delight in Warminster and ran into old neighbors. 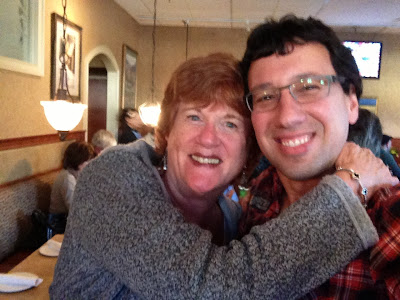 Ariel kept escaping.  She had to say hi to everyone in the place. 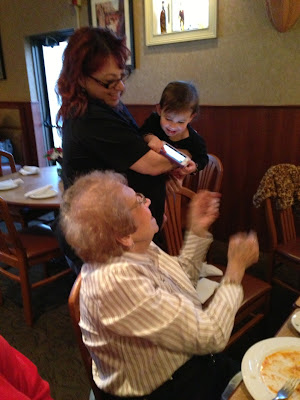 Saturday morning at 7:45, we had the opening parade for Council Rock Holland Baseball.  Whose idea was that?  Of course Amy and Ariel didn't make it.  Aden was ready to go though. 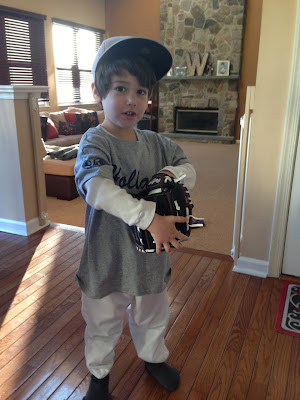 We met everyone at Rolling Hills Elementary. 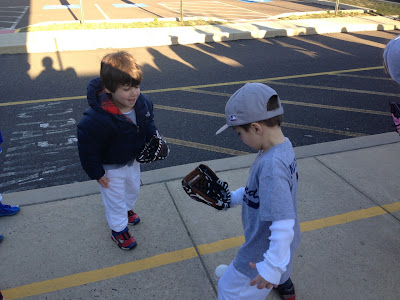 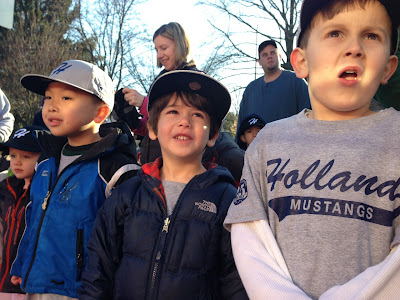 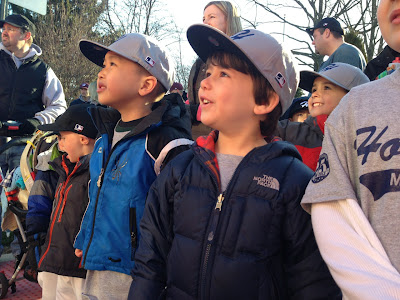 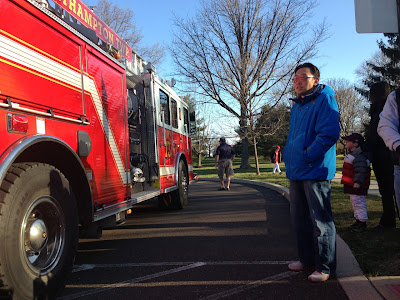 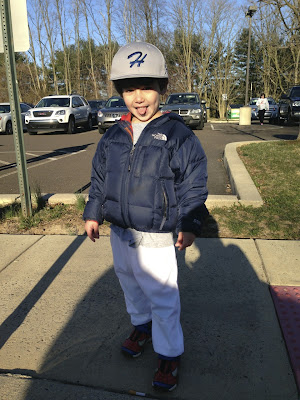 We walked behind the fire engine about a mile to the fields. 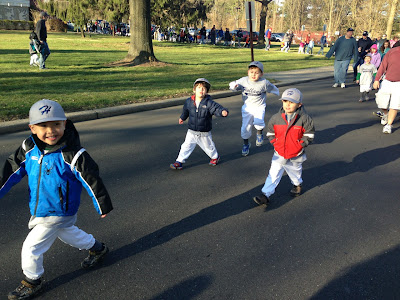 I'm not really sure what the point was.  It was too early for anyone to watch us walk by.  If anything, the neighbors were probably awakened and/or scared by the sirens. 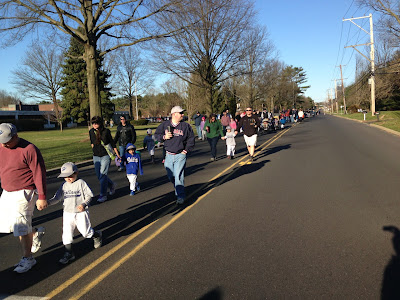 I guess Aden had fun though.  He was with his buddies. 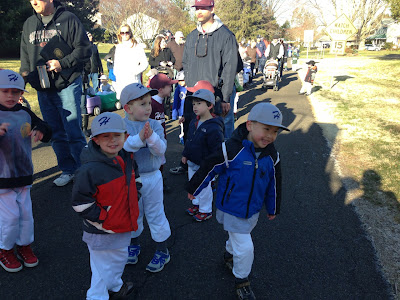 There were so many teams of all ages.  Jake's sister Lilly lead the cheer. 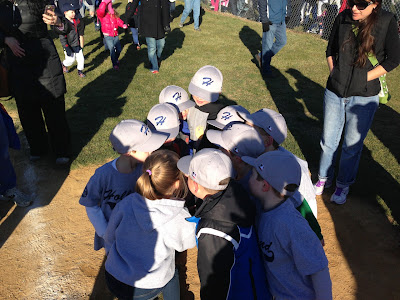 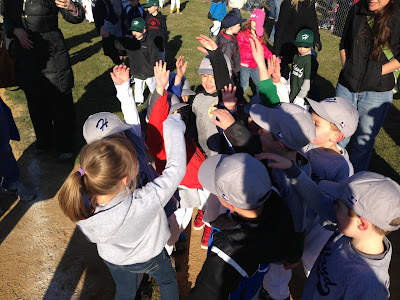 They gave some speeches and introduced all the teams. 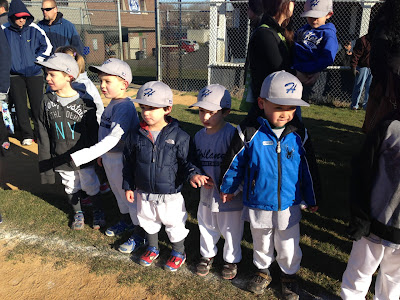 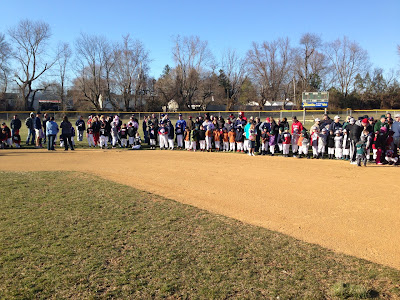 I guess it was nice but then we had to walk a mile back to the car without the police escort.  It was freezing cold and Aden is not a walker so it took forever.  We got home just in time to get Amy and Ariel and head back for the game... 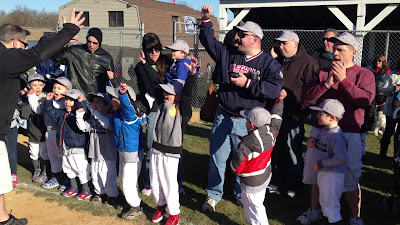