Saturday, after the tee ball game (Wikipedia says it can be t-ball or tee ball), Aden had a birthday party at the NAC.  What follows those pictures are from the next morning when he had another party at the NAC.  Both parties were exactly the same with the same people.  See if you can tell the difference!

First, we had Benjamin's party. 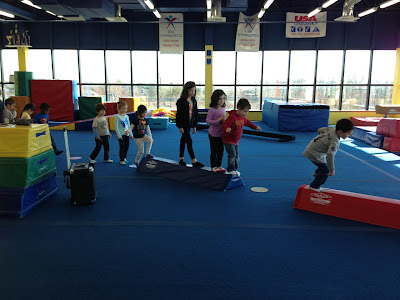 There was lots of running. 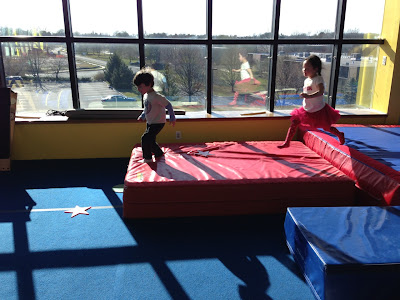 Aden was so excited to be with all his school friends. 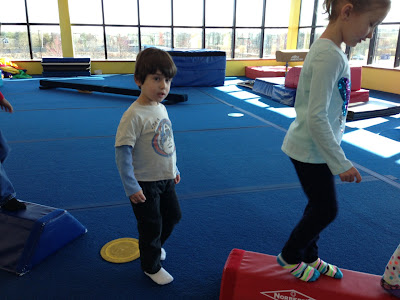 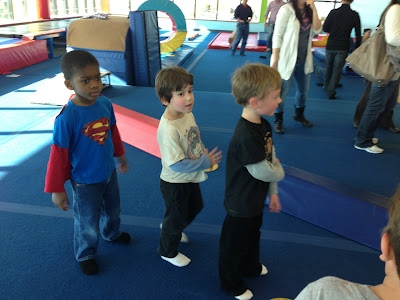 There was a lot of goofing around. 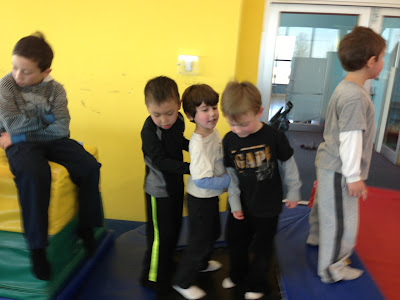 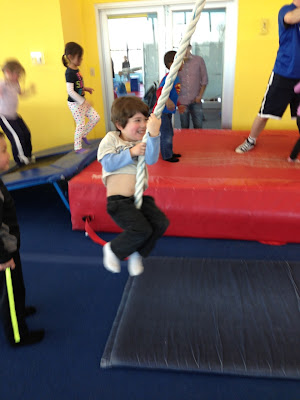 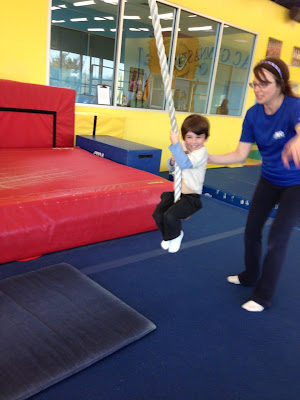 Then they moved us to the smaller room. 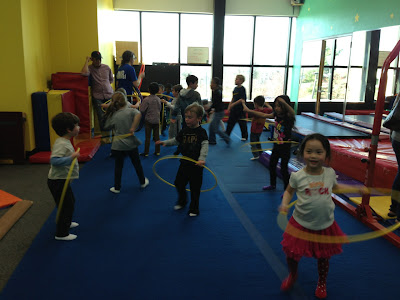 All the parents were impressed with my hula hoop abilities. 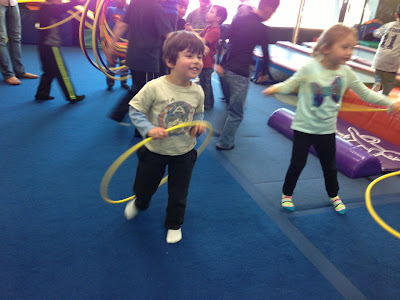 Can there be something besides pizza and cake at these parties? 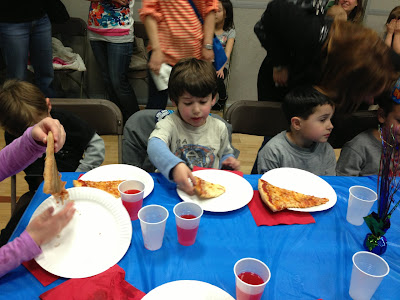 At least this was an ice cream cake.  That's a change.  Saturday night we went to dinner with Lindsay and Chad and Ali and Todd at Augusto's in Warminster.  Weren't we just there? 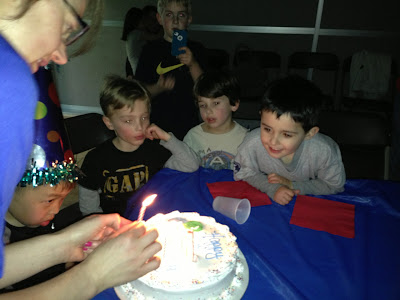 Sunday morning, it was back to the NAC.  The party was the same but Ariel was there this time! 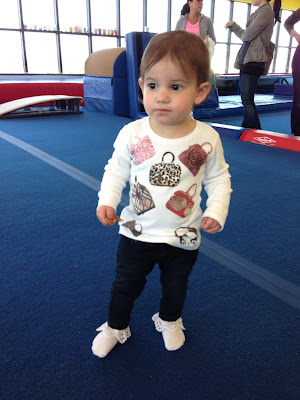 Ashley is the same age as Ariel and she's a whole head taller! 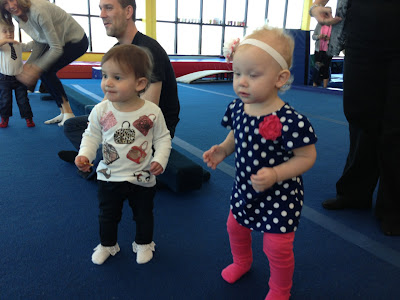 The little ones blend right in. 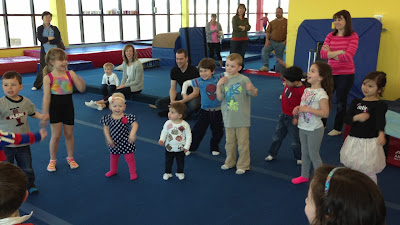 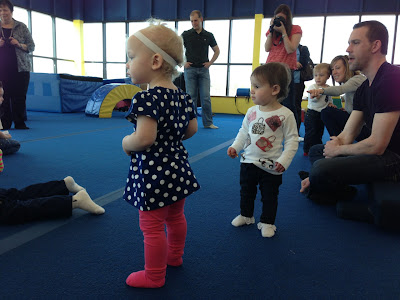 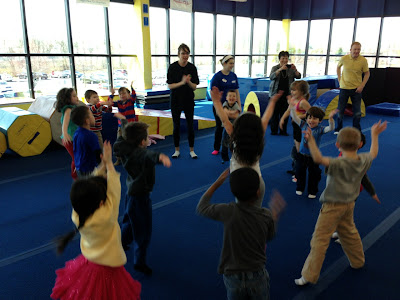 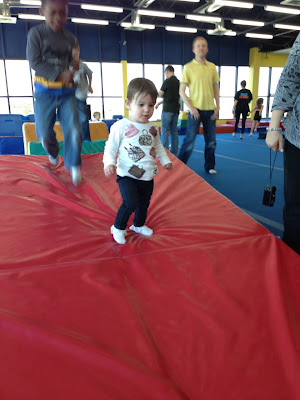 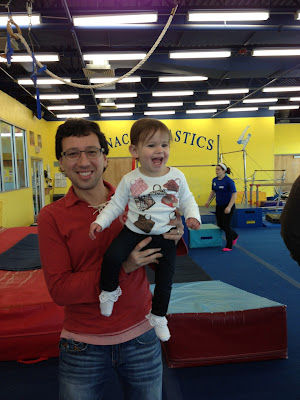 Ariel liked bouncing around with the kids. 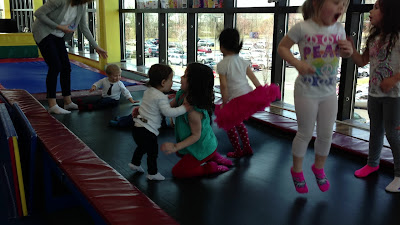 Aden and his buddy Jake. 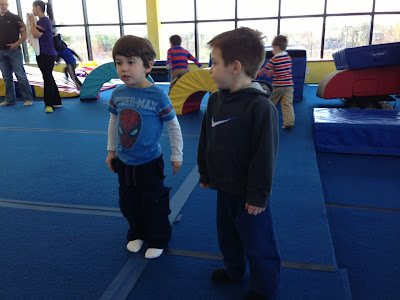 Back to the rope. 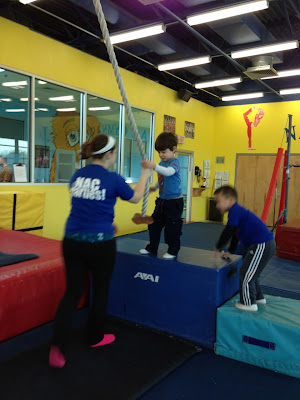 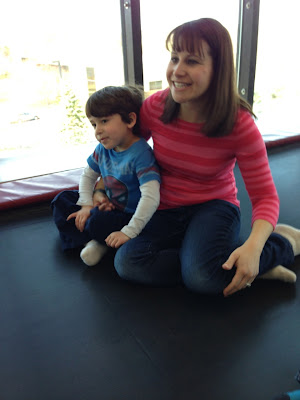 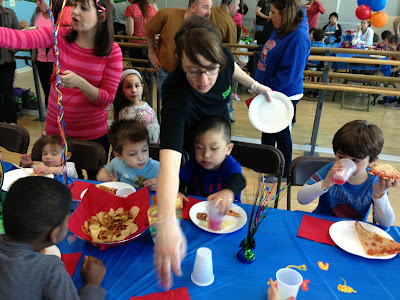 We have another one of these next weekend.  Lucky me and you! 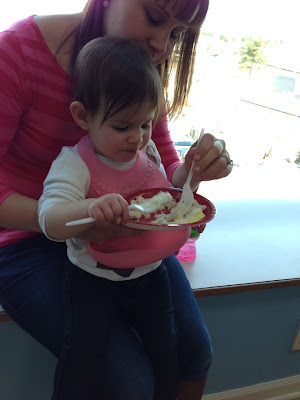