It's Thursday night and I'm wondering why we still watch Glee.  So annoying.  Spoke too soon, that got more interesting.  A shooting?!  It was a productive night though, Lazaro was finally voted off Idol.  Yes, when you have 2 kids it's the small things.

Wednesday I picked up Aden.  He was deep in conversation with Jake. 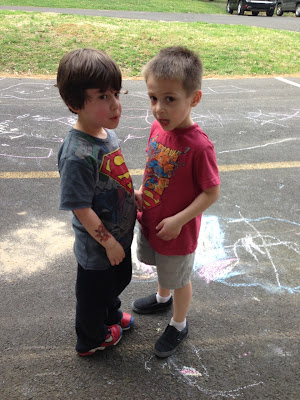 In his room, I noticed they were working on T and U this week. 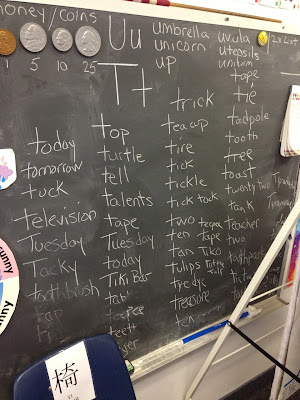 You may remember a couple of Summers ago we had to rush Melissa to Shore Memorial because her uvula was inflamed.  Well Aden remembered.  Uvula was his word! 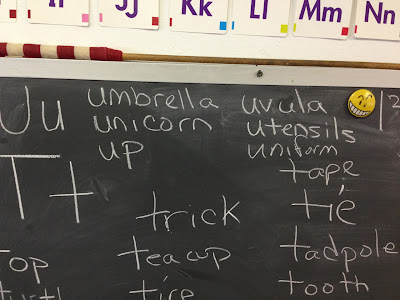 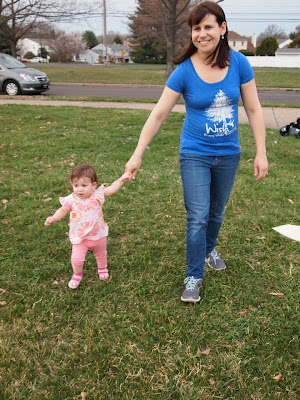 Ariel was ready.  We need to find her a glove. 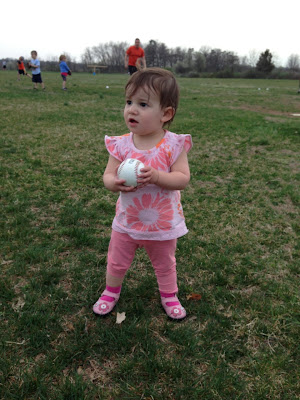 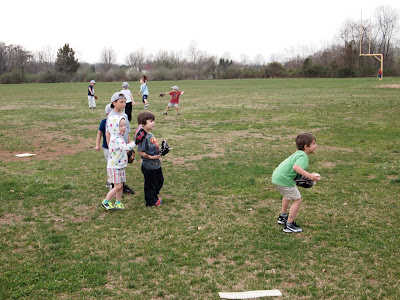 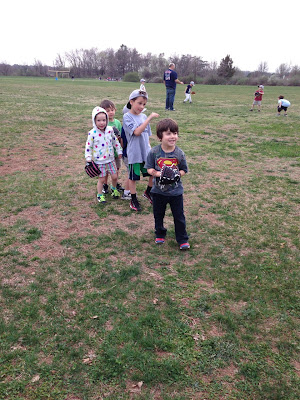 Aden's got a pretty good throw. 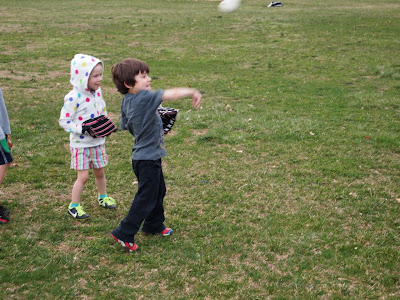 We have to work on the catching. 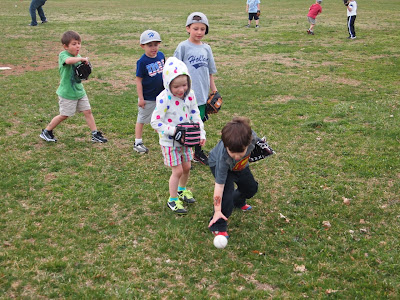 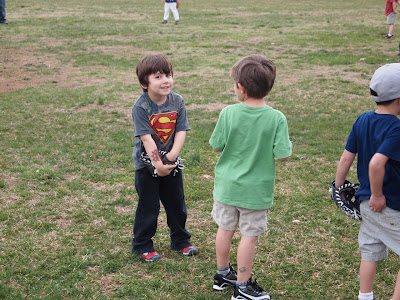 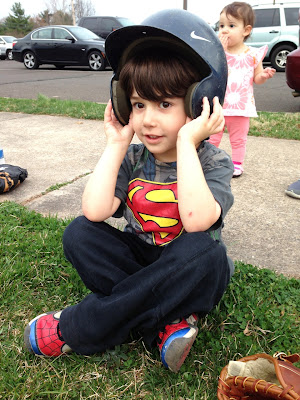 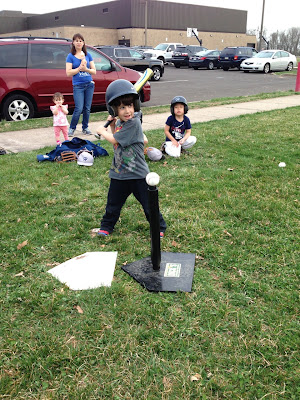 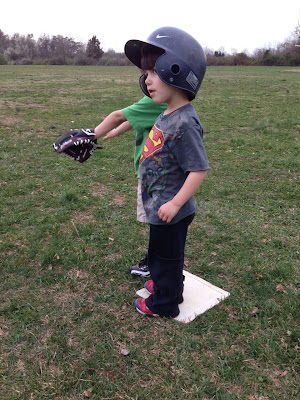 Uh oh, sky is getting dark. 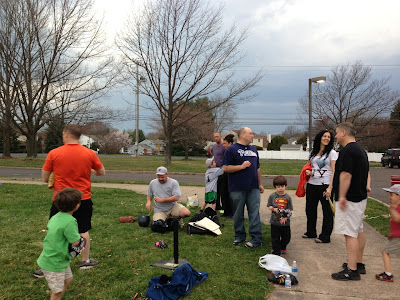 We made it home before the fireworks began! 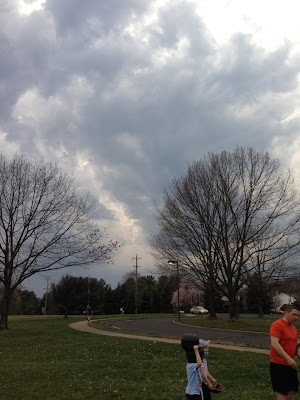 I caught this moment.  She has to hold his hand in the car. 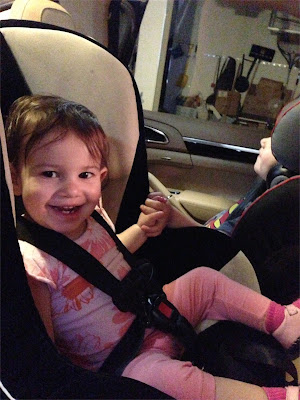 Aden went into the pantry and got some fruit snacks.  He couldn't open them so he went and got scissors.  At least he's a problem solver! 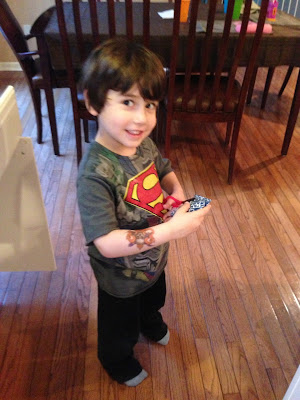 Thursday Ariel had music class.  This is Amy's one shot which is actually kind of cool with Jaxson in the foreground. 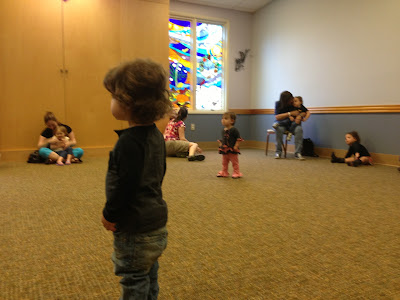 Aunt Melissa and Burghy are here! 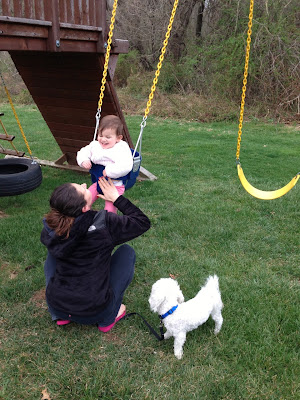 Ariel kept pointing at Burghy saying Daw.  We are working on the G. 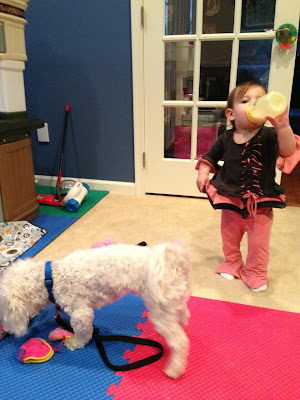 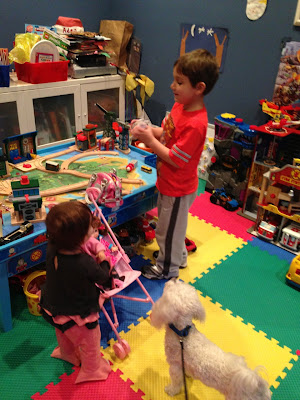 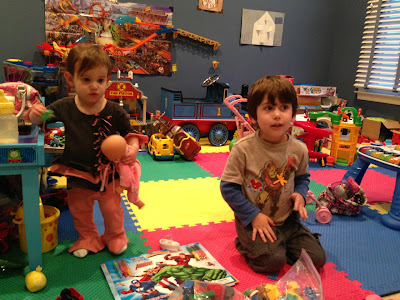