It's Thursday morning.  We survived the crazy thunderstorms last night.  Actually, I don't even think the kids noticed.  I love them though.  The sun is back out and with the warm weather and rain so are all of the weeds!

Monday morning Ariel was playing with her dolls. 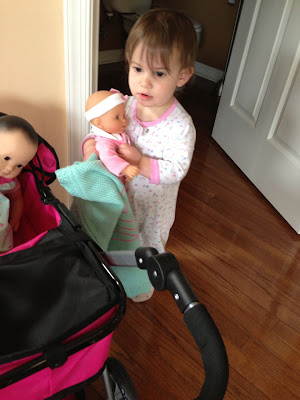 Later in the day, she played with Carly Baccari. 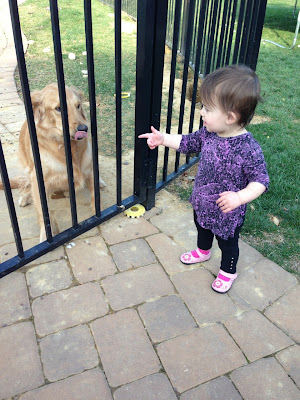 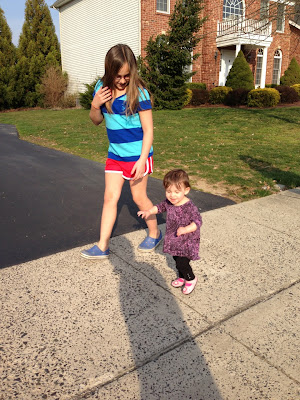 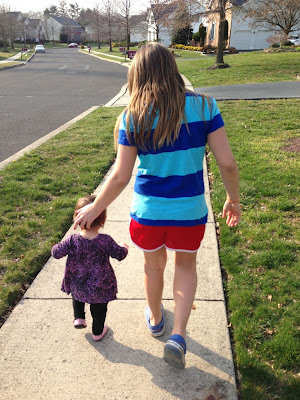 Ice cream after dinner.  Or was it dinner? 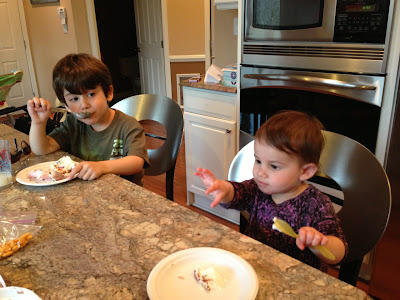 Tuesday, Amy took Ariel to their new mommy and me class. 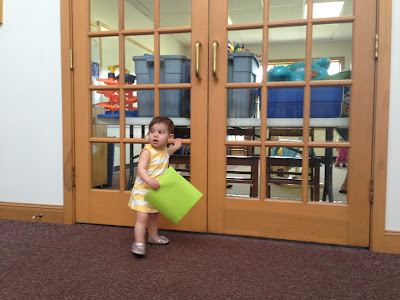 That's Jaxson next to her.  They are the same age! 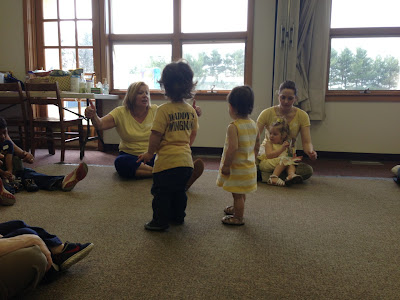 It was yellow day. 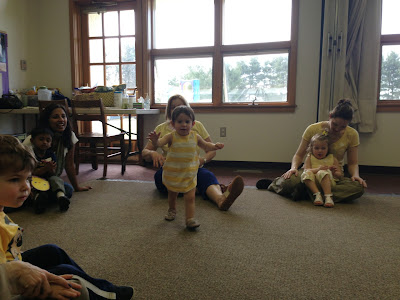 The waitress entertained Ariel at lunch. 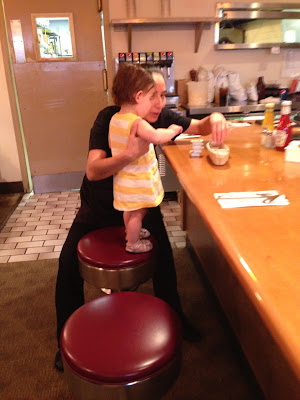 Amy, Lindsay and Ali with the kids. 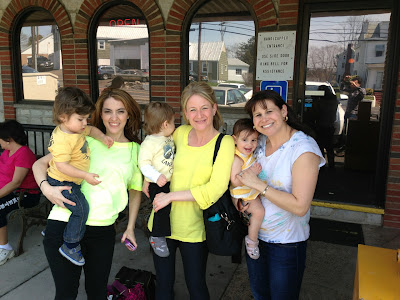 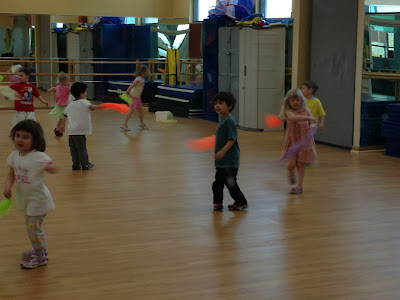 He has fun but it's too hard to take pictures so you will just have to take my word for it! 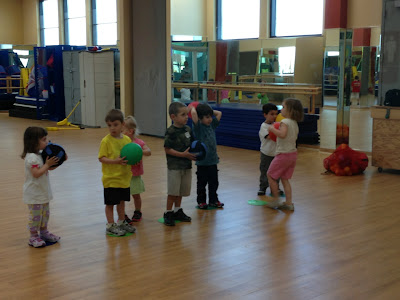 Later, we met Danny and Cate at the playground. 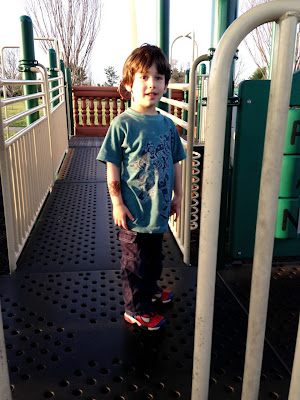 We hadn't seen them in a while but the kids hit it right off. 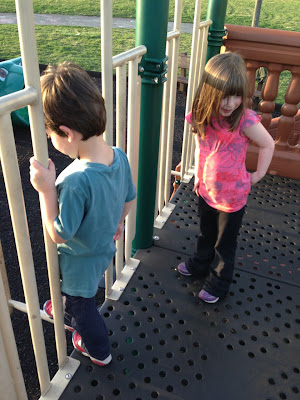 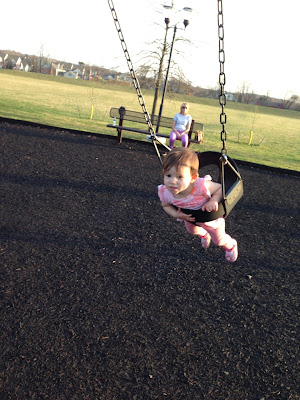 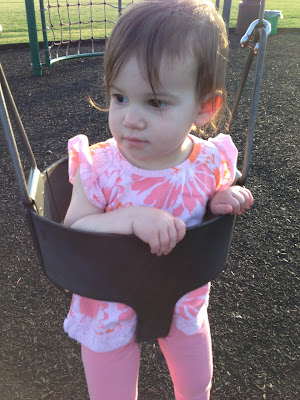 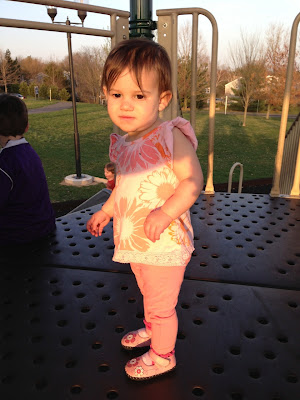 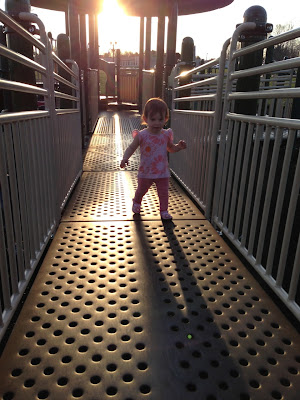 Cate is about 6 months younger than Aden. 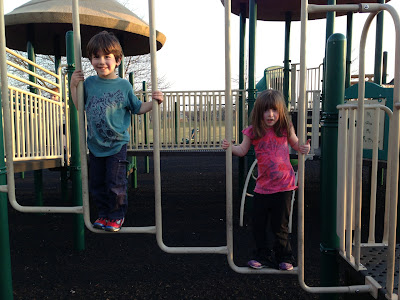 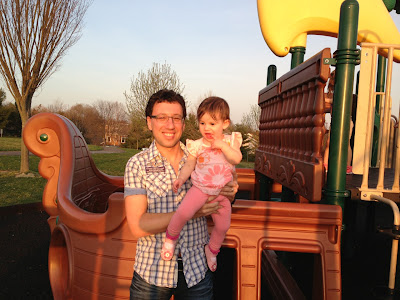 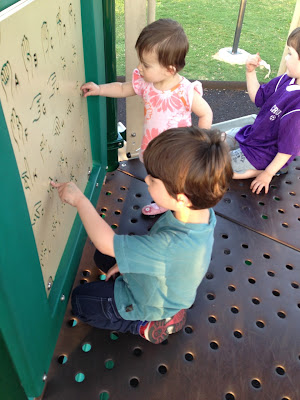 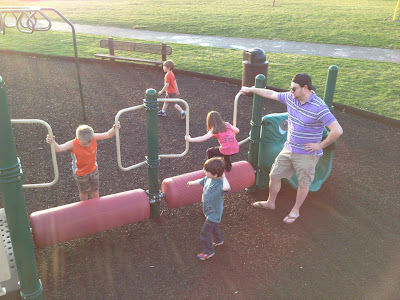 Of course we stopped at Goodnoes. 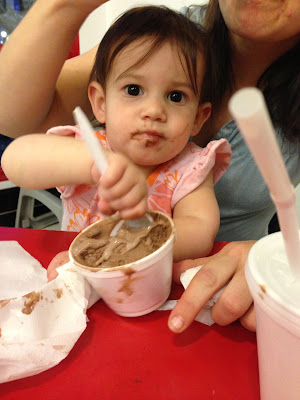