It’s Tuesday night. We had a quiet day and even got the twins in early. Really hoping this virus stops spreading so we don’t get shut down again.

Last Monday morning, the older kids came back.  They both slept out all weekend!  We've loved having these long weekends but that will end soon when camp starts.  It's nice though not having to rush back on Sundays. 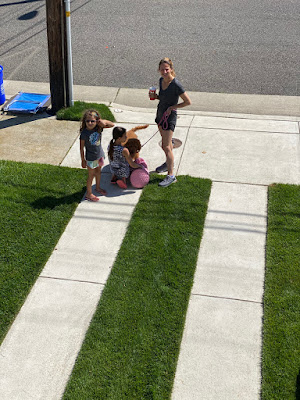 I ran over to Arlene's in Ocean City to get breakfast for everyone. 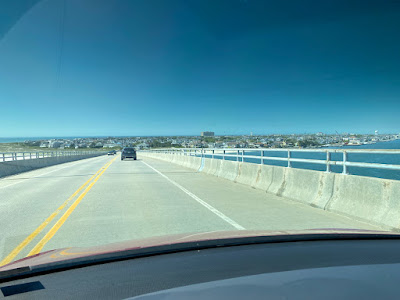 Ariel did some workbooks. 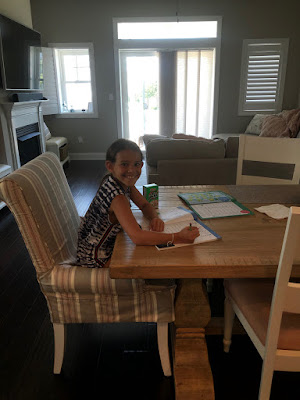 The boys built the biggest tower they could. 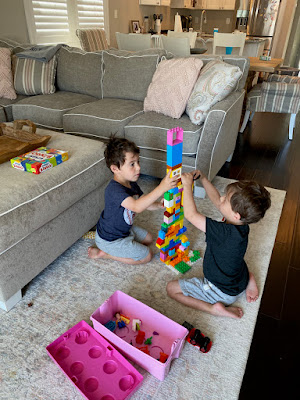 The boys were fascinated with the neighbor cutting down some branches.  We packed up and headed home. 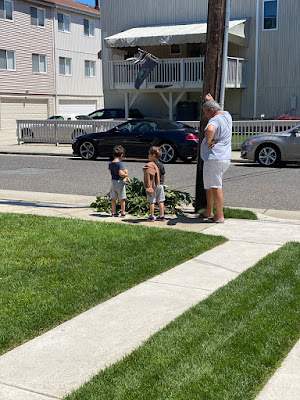 It was much hotter at home.

Eli got right to the sprinkler. 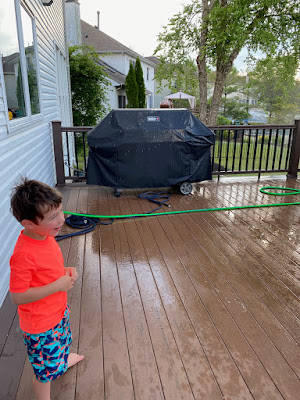 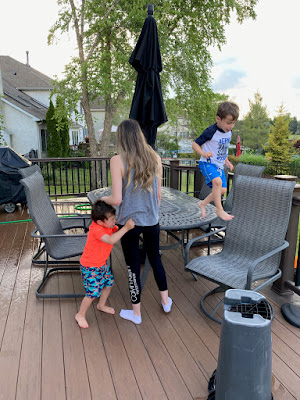 We went to our neighbor's house to celebrate her birthday.  We've been having a lot of get togethers.  It's been very nice. 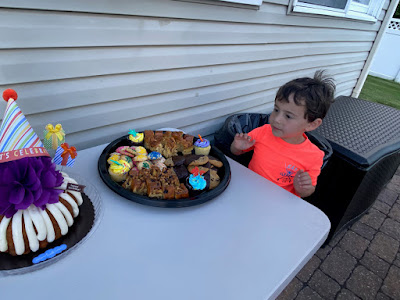 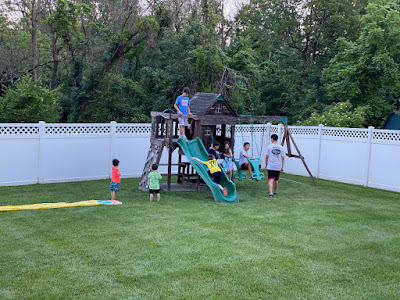 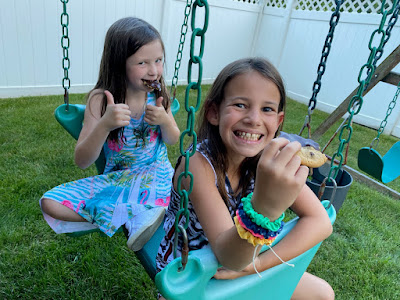 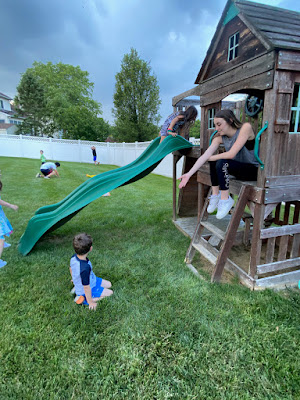 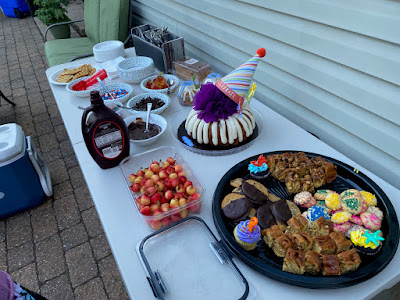 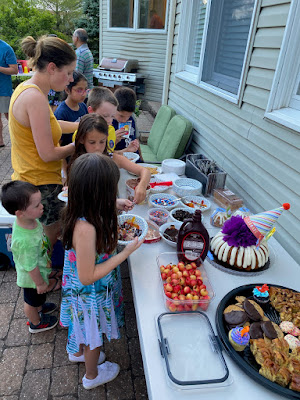 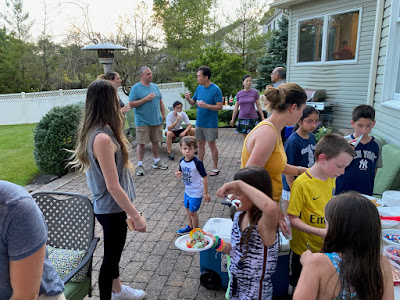 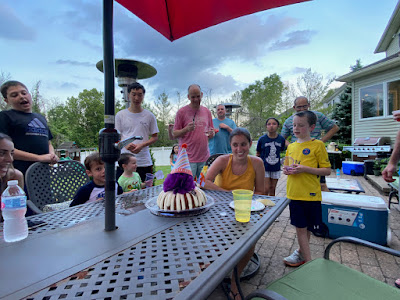 Eli brought over the slip and slide and kept insisting we set it up even though none of the other kids were into it.  But then they were were.  Eli was right. 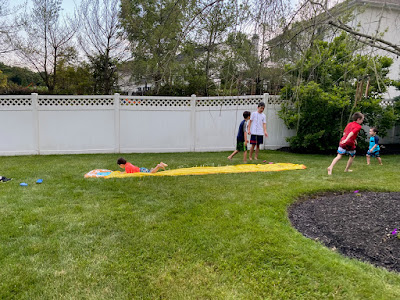 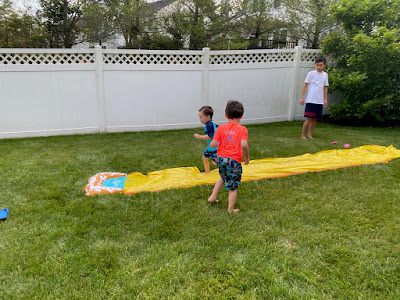 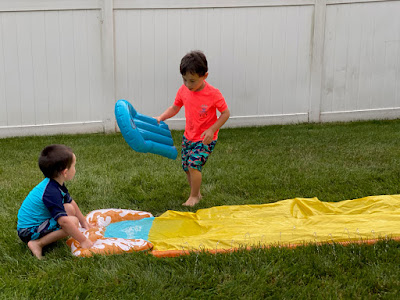 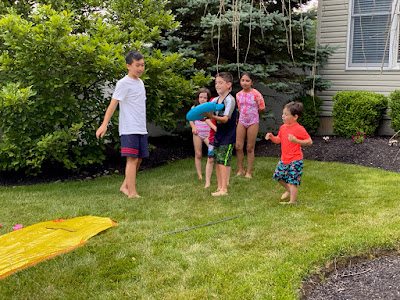 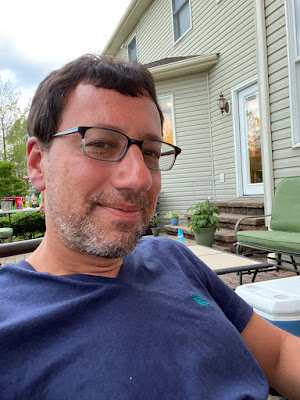 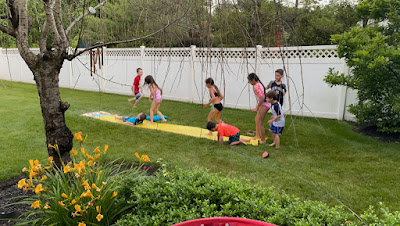 Ariel can convince anyone to do TikTok or Snapchat with her. 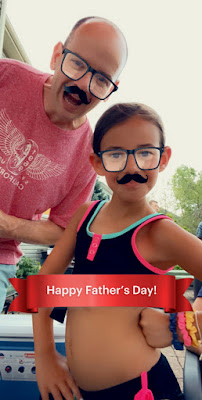 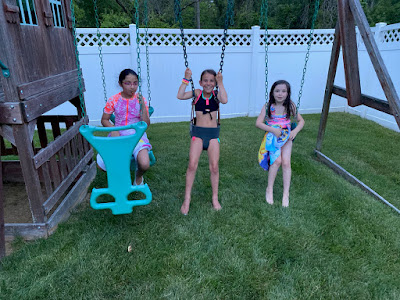 We were out there late! 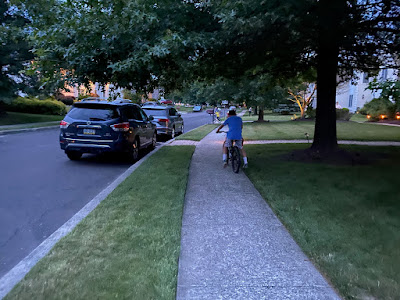