It's Monday July 6th.  The kids had their first day of camp today! The three younger ones were excited to go.  Aden not so much.  It was super hot in the morning then huge thunderstorms in the afternoon but they were all so excited when I picked them up.  It was the first time all 4 were out of the house since mid March!  I went to work but I think Amy slept a lot!

Back to last Sunday.  Julia got back to work on Ariel's hair. 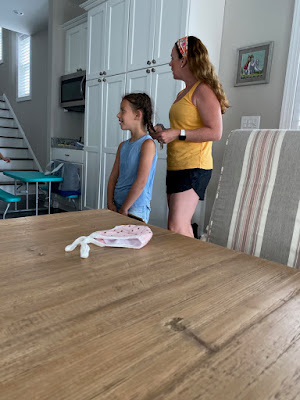 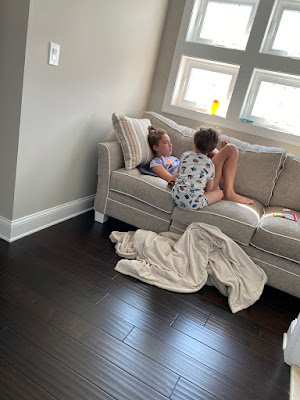 It was a slow morning. 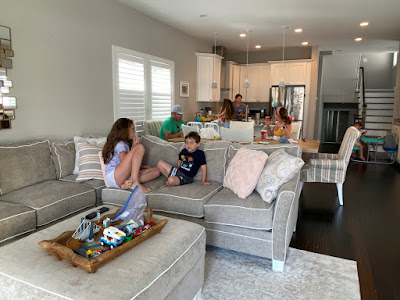 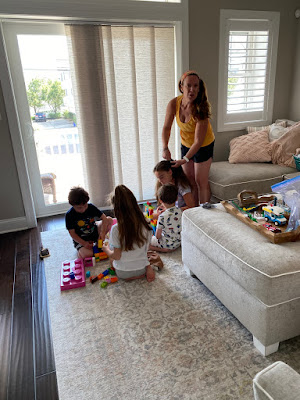 Julia and Dave left then we headed to the beach near Amy's aunt's house in Longport. 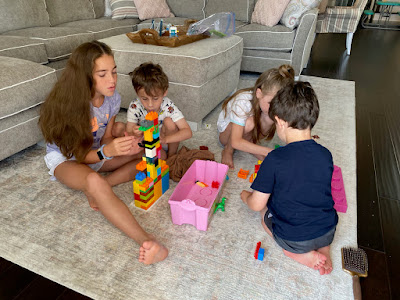 Aden got right to playing sports with the guys. 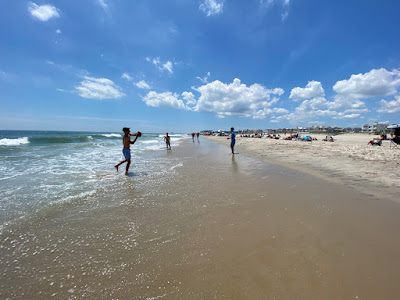 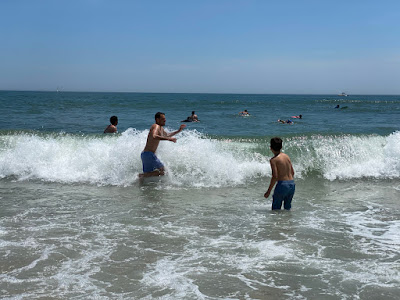 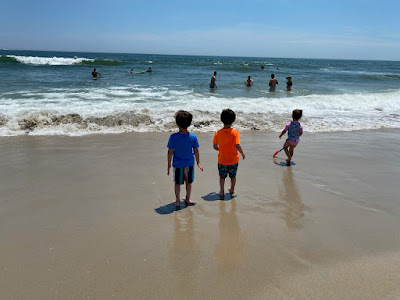 Someone belongs on Broadway. 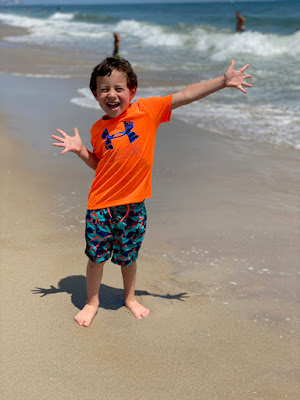 It was nice hanging with the family from Georgia and Washington. 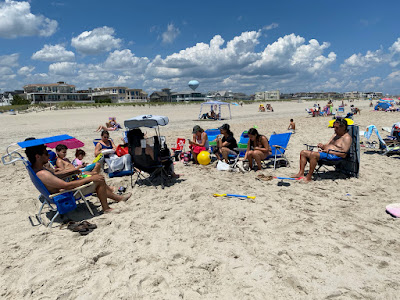 The boys of course found someone making a huge hole. 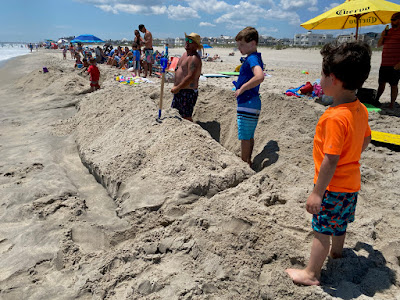 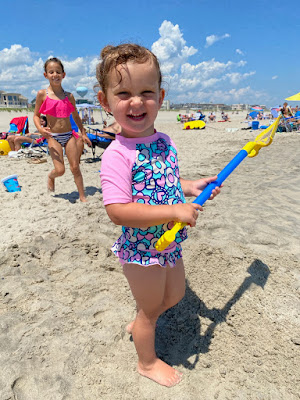 Back at Judy's house Katie did a Peleton class. 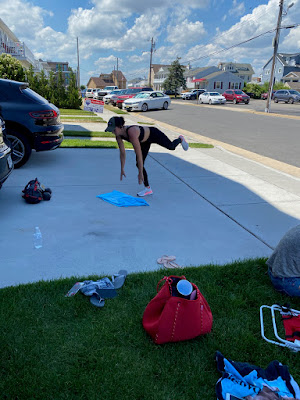 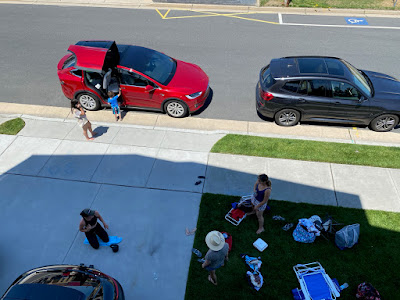 The boys explored the new house. 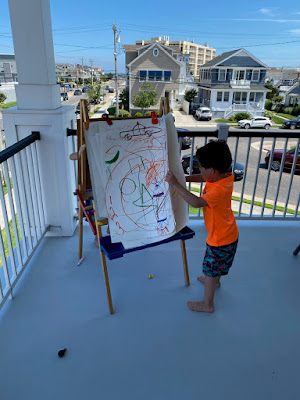 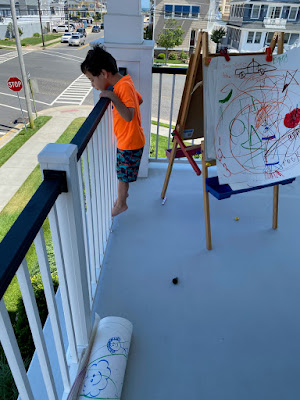 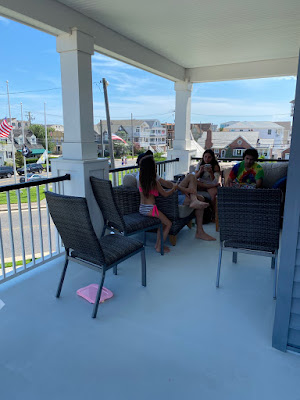 Back to my parents to swim. 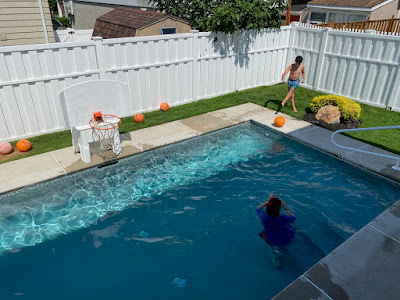 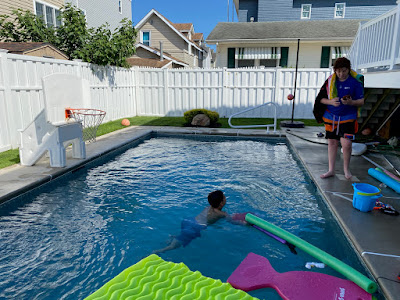 Ariel stayed back at Judy's house. 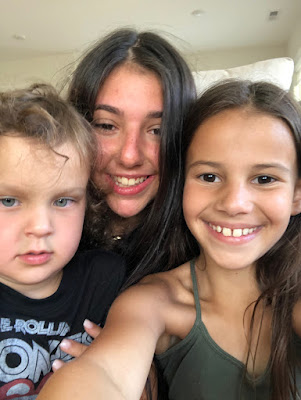 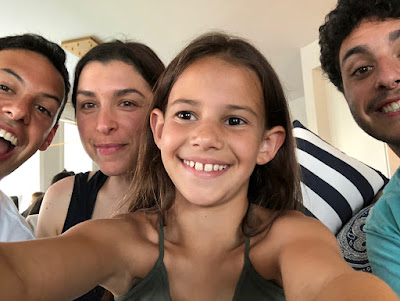 That night we grilled.  Eli played with water of course. 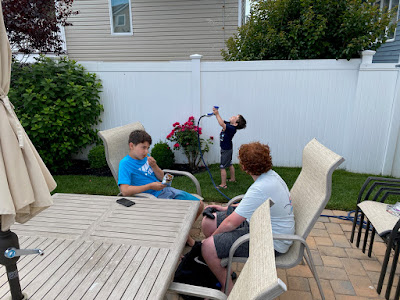 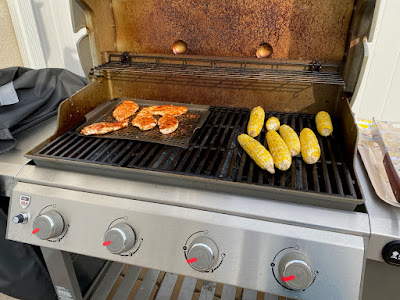 It was time to make a fire! 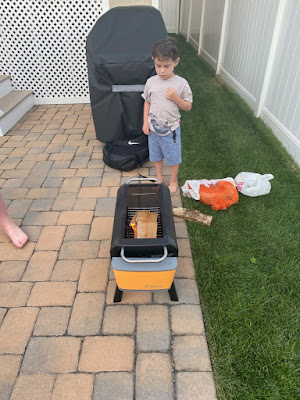 The new fire starter pellets I got worked great. 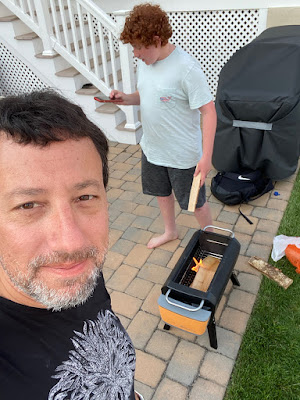 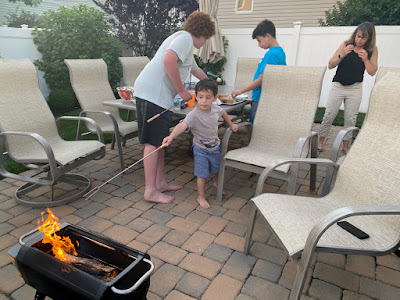 Back to Judy's late to get Ariel.  Aunt Judy and Marc and Chad were there visiting too. 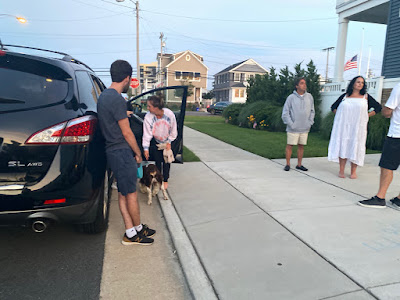