It's Sunday night and I think the rain and cold is finally done for now.  Supposed to be much warmer and sunnier this week.  Finally.  I hope Amy had a nice Mother's Day today along with mom and all the other moms.  Back to last Saturday.
The twins had a baseball game.  Coach Mike announced that all the kids would take turns being catchers.  Both my boys immediately said they didn't want to do it because they didn't want to have to put on all the gear.  Coach Mike looked at Noah and said he was up first.  He started crying but let them dress him. 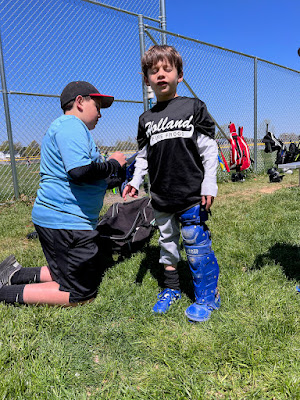 He calmed down quickly. 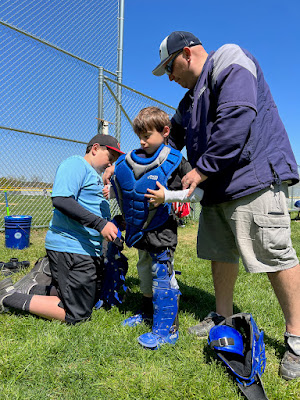 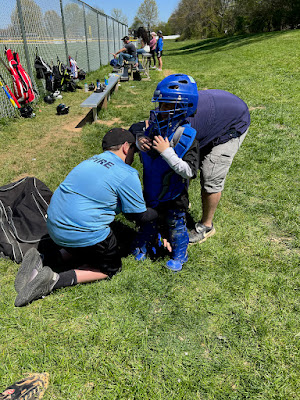 We even got a smile! 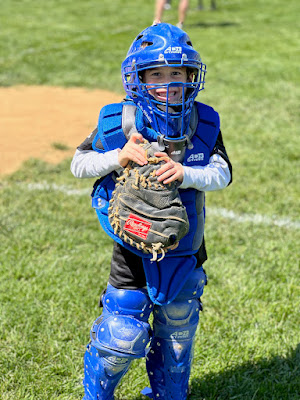 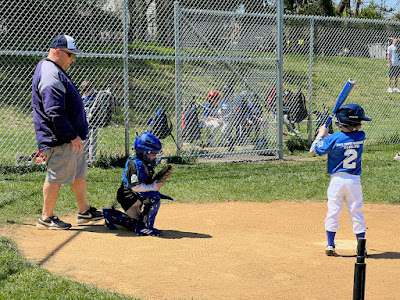 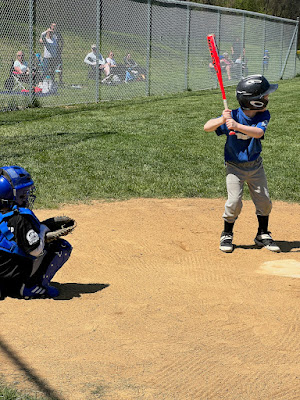 He got hit on the head 5 times and didn't say a word!  I kept waiting for him to have a meltdown. 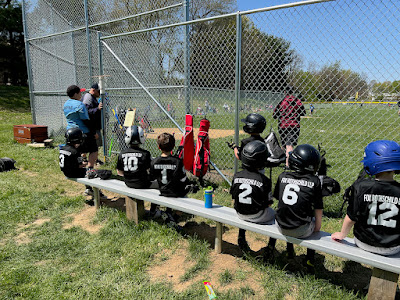 Well, it didn't take long.  Noah was batting and the pitch hit him in the hand.  He totally lost it.  Amy had to carry him off the field. 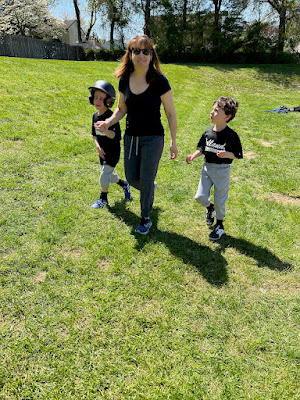 She even had ice for him. 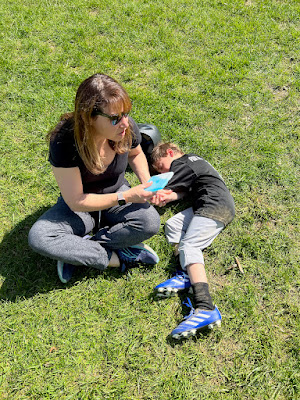 The coach's son came to talk to him and he calmed down. 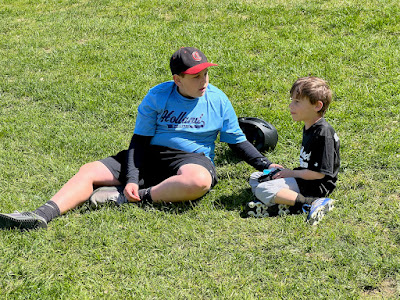 Ariel was excited to be there.  There were 2 girls from her cheer team there. 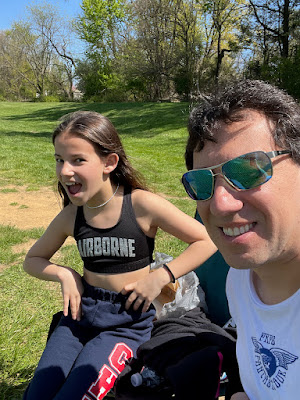 They did some tumbling for us. 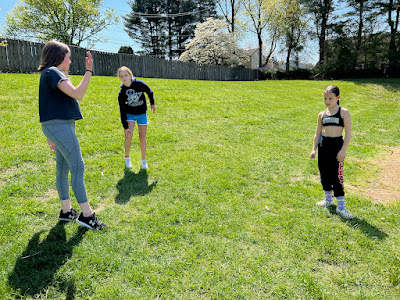 The boys are doing well overall with baseball even though Eli refused to catch! 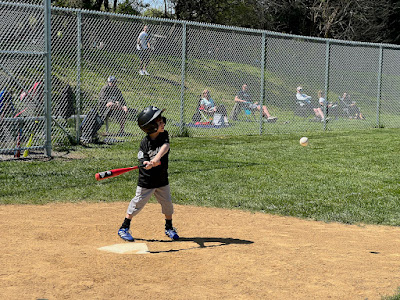 The neighbors were out playing that afternoon. 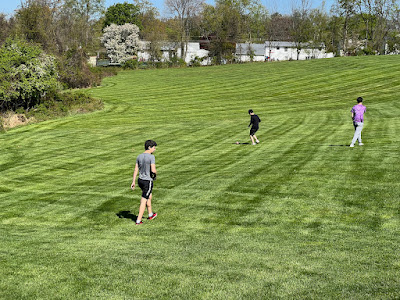 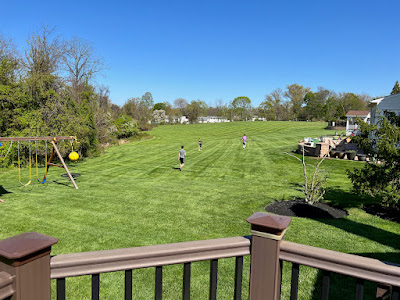 Eli took out the Cyberquad. 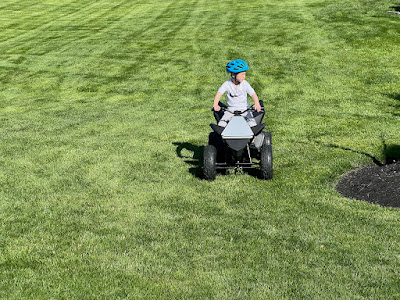 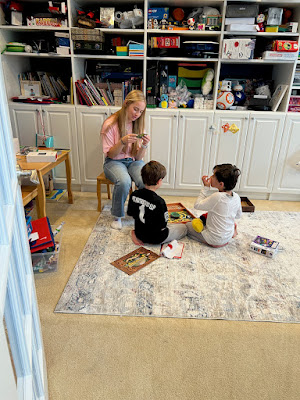 We met Ali and Todd and Dana and Howard at a new restaurant in Warrington.  We had fun. 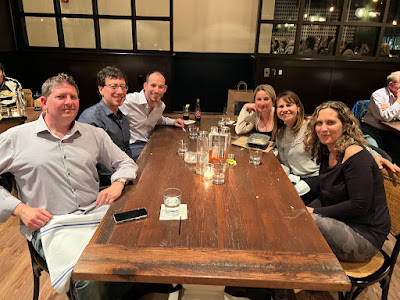 And the food was good! 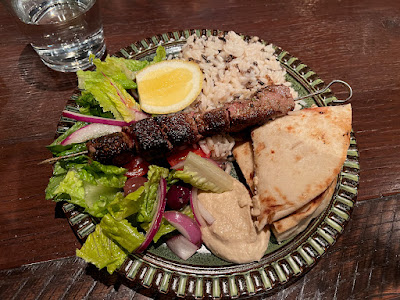 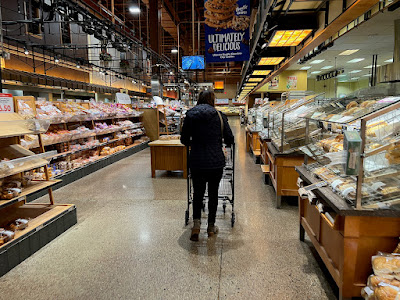 When we got back, the sitter showed us what she did with the boys all night.  They got points for doing various things they needed to do.  They were into it and were really good for her.  She's the best! 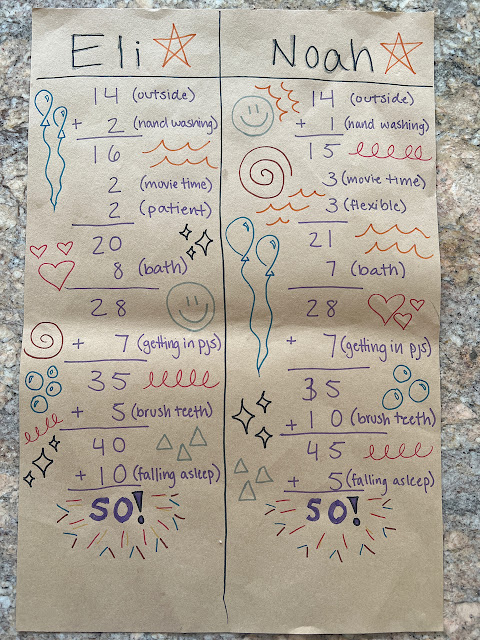