Poor Amy can't seem to shake her cold.  Anyone else out there have a lingering cold?  My seems to be going away.  We are watching the girls on American Idol.  What drama.

Monday morning, Amy took these pictures at music.  Ariel was singing and dancing.  It's so different now that she can walk. 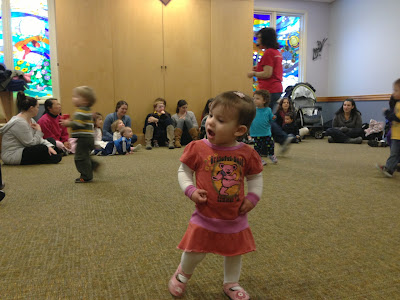 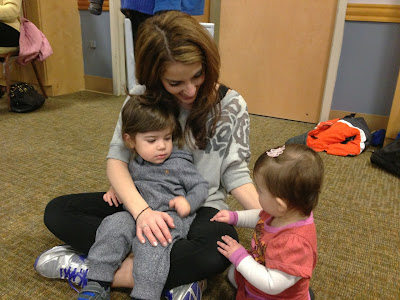 That's better.  Apparently, she spent a lot of time there! 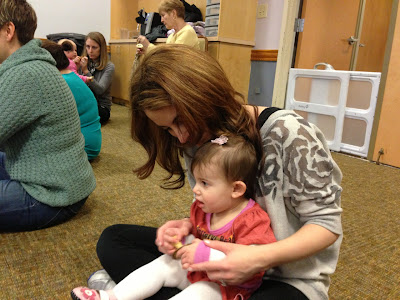 Then it was swim time.  It was the last class of the current session.  Aden's second time at level 2 and he is starting his third try at level 2 on Thursday.  They have to be able to swim the length of the pool without the bubble to move on to the next level.  This girl is just a bit older than Ariel!  She's huge! 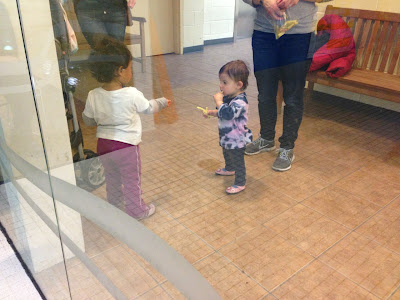 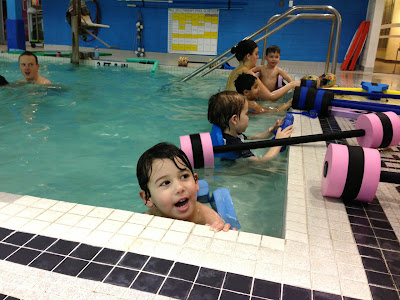 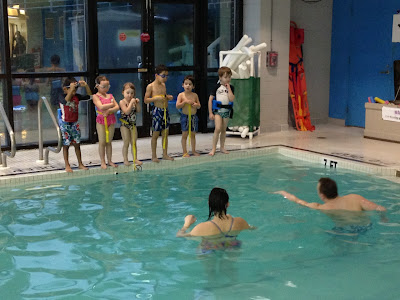 Aden always has a cheering section. 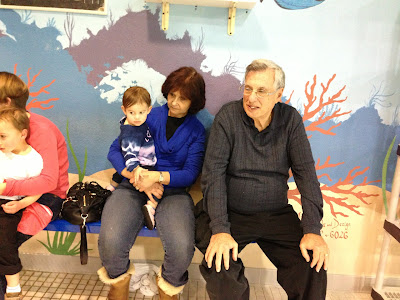 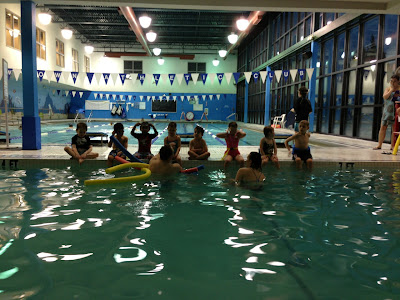 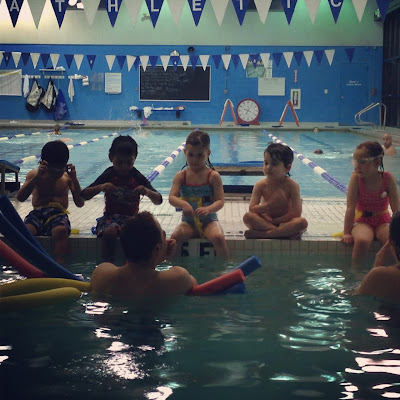 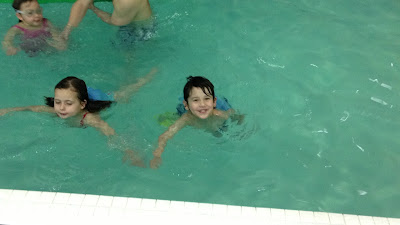 Aden told he me loved surfing! 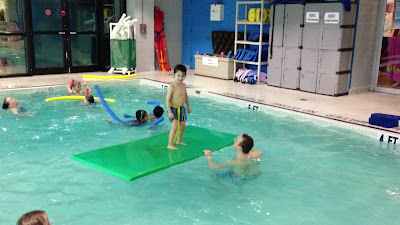 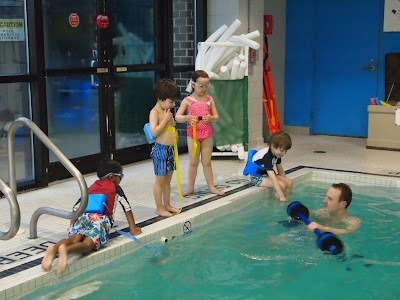 It took some prompting. 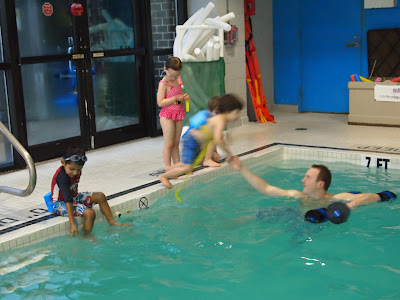 I love the smiles. 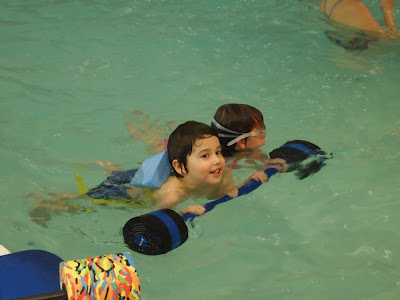 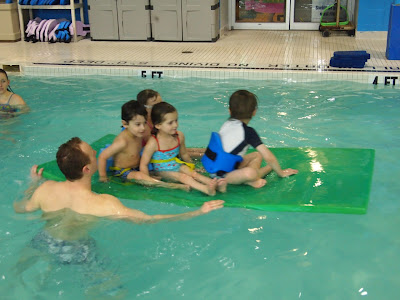 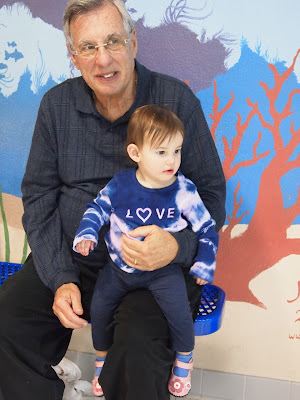 I want to throw her in so bad.  I will get her in the pool in Florida next month. 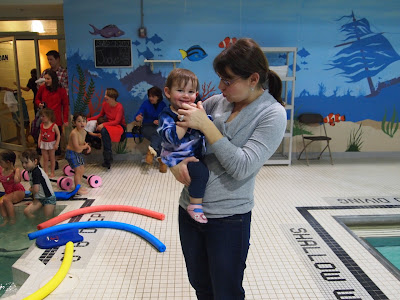 Ariel must have really enjoyed that French fry! 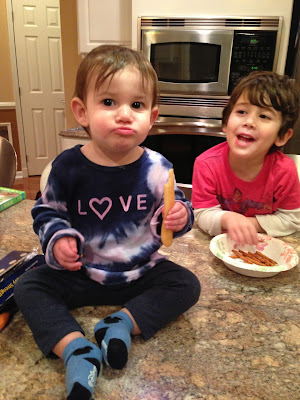 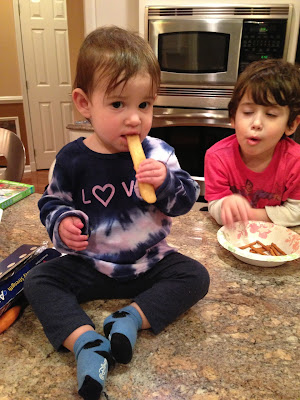 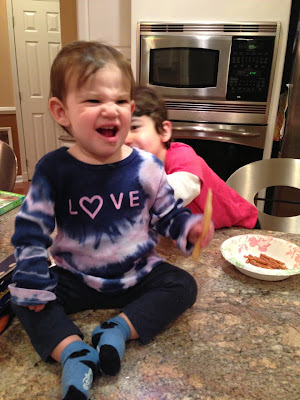