Back on the Football Field

It's Sunday night.  We got in another quick shore weekend.  It was really cold though.  What happened to summer?  Back to last Saturday.  Actually this is only part of Saturday.  I went early to CVS and got a flu shot.  I wanted to get it in case there might be any shortages later.  Then we took all 4 kids to get theirs.  They all did pretty well except for Eli.  He was hysterical and he's still talking about it! We had to hold him down.  That's not fun.  Afterwards, we went to Learning Express to get them toys. 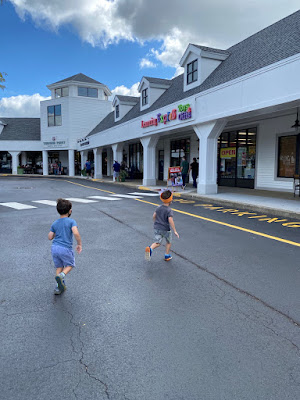 They all wanted this Squishmallows.  Not really sure why. 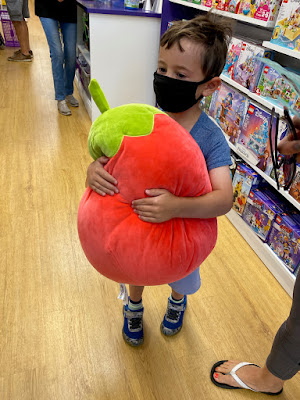 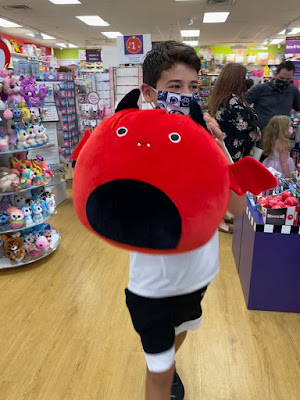 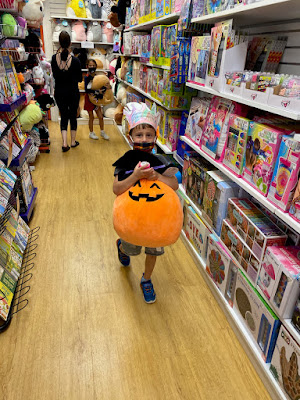 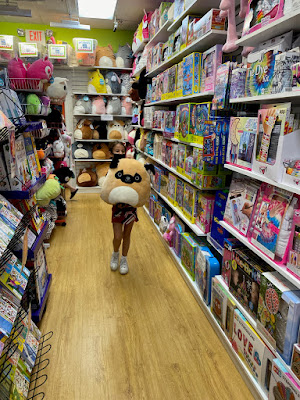 It was a nice day for football!

Aden and the Lions were ready to go. 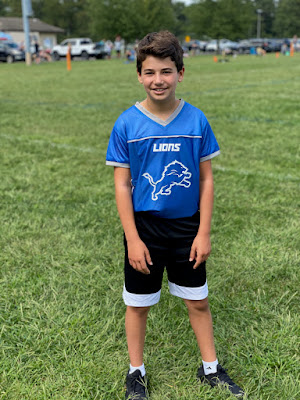 Two of his buddies from school are on his team. 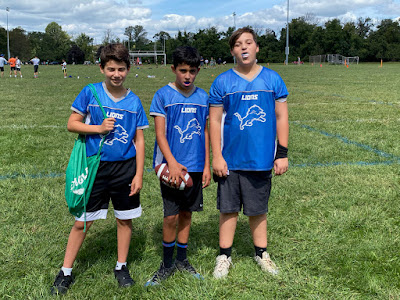 These were taken from far away with a long lens.  Each kid is allowed one fan and they have to sit in the endzone with masks on. 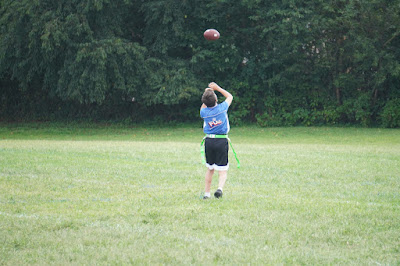 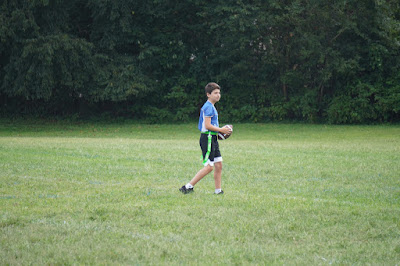 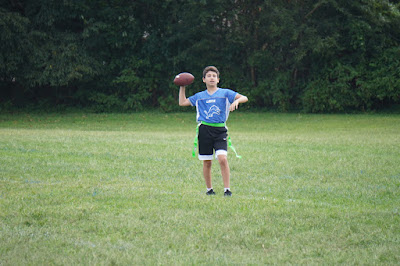 He looks so old! 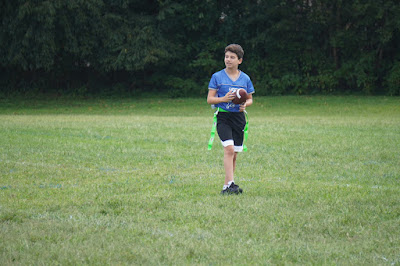 Aden with Ben and Jack.  He's been with Jack since he was a baby. 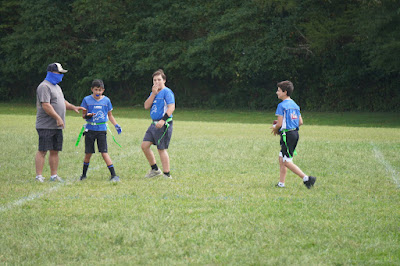 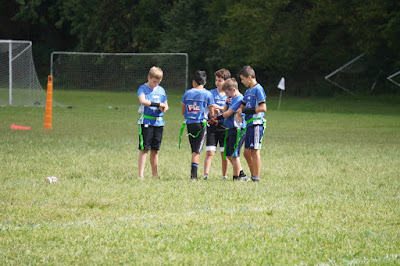 Got the plays on their sleeves. 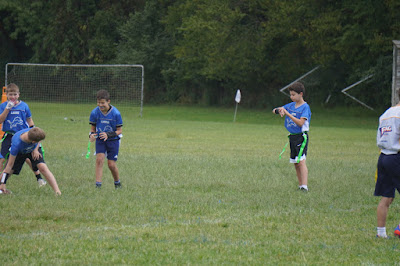 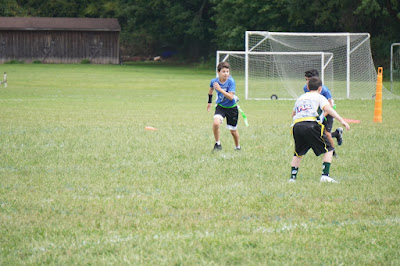 They played well but lost. 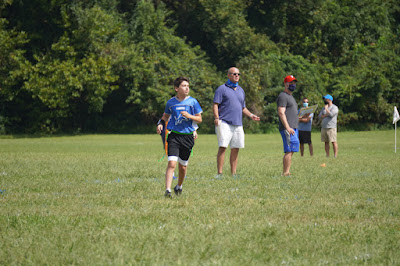 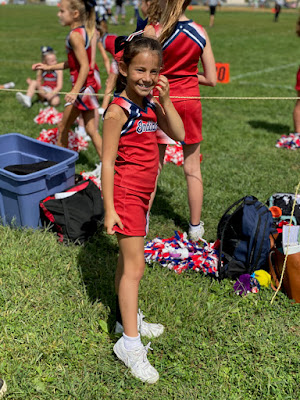 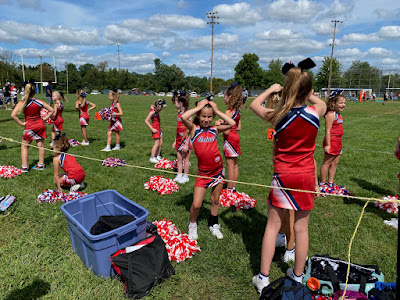 The boys were on the playground. 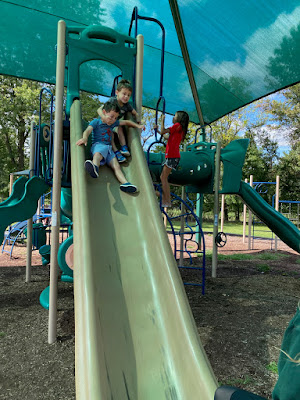 I always find it amusing the cheerleaders have their own fans. 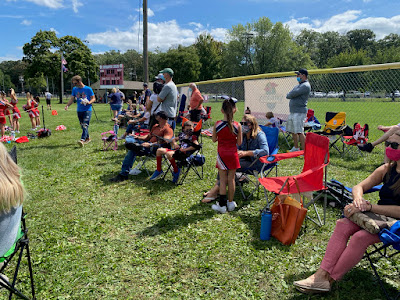 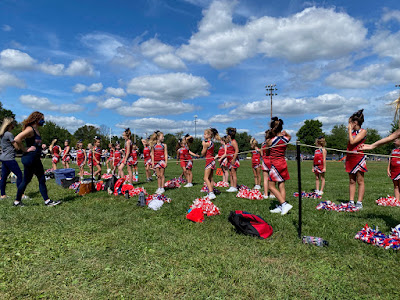 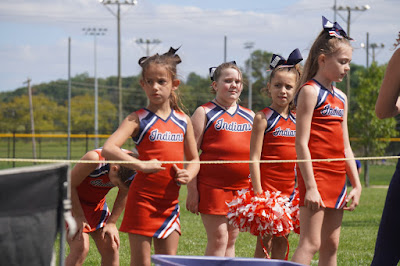 Fiona is the coach's daughter and the most talented. 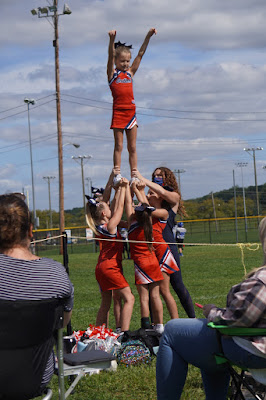 Ariel acting as a base! 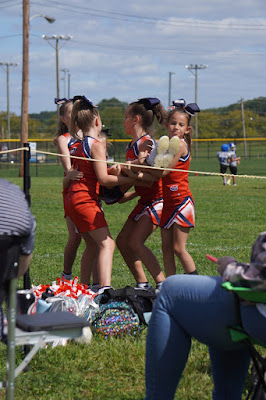 Heading out to the middle of the field for the halftime show. 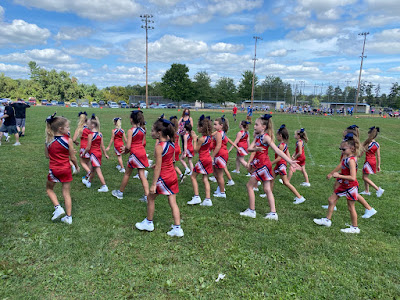 Not sure if they will have a competition or not. 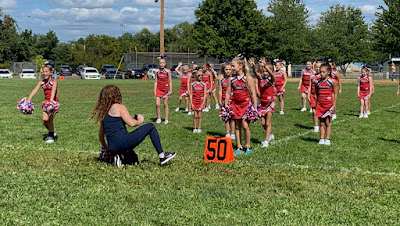 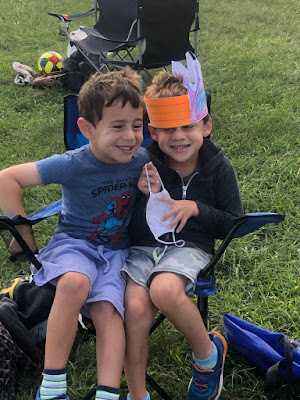 She loves it!  To be continued. 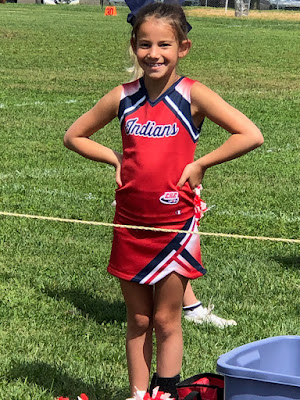