It's Tuesday night.  Melissa and the girls were over tonight and it was even crazier than normal, which is pretty hard to believe!  Back to last Monday.  The twins went to the dentist.  Noah was really good.  He was so curious about everything. 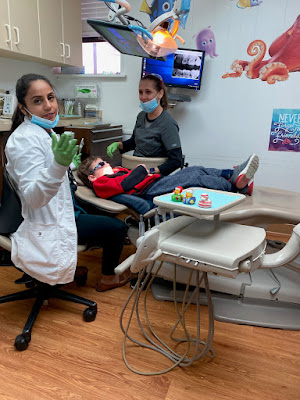 Eli on the other hand... 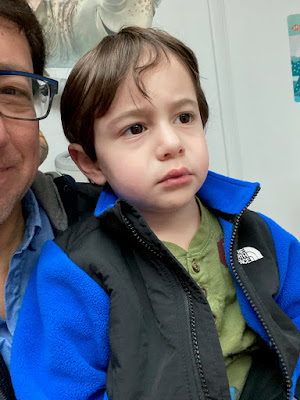 Some milkshakes to celebrate clean teeth! (don't tell the dentist!) 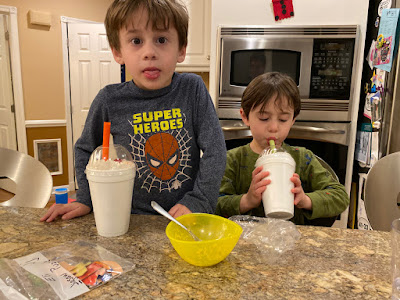 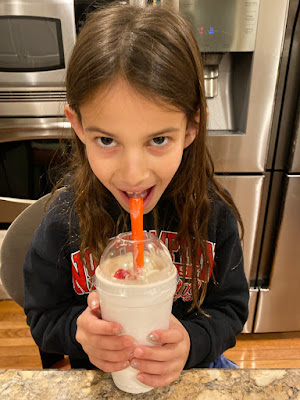 That night we went to school for the science fair.  Ariel did a prject with her friend Mika. 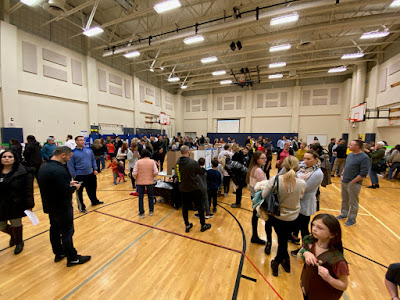 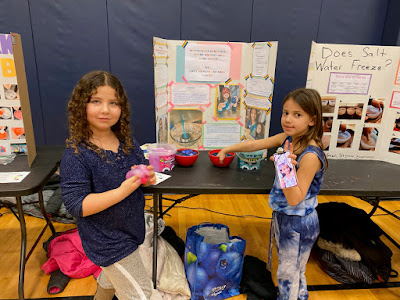 The principal came over with a mic and the girls talked about their project in front of everyone. 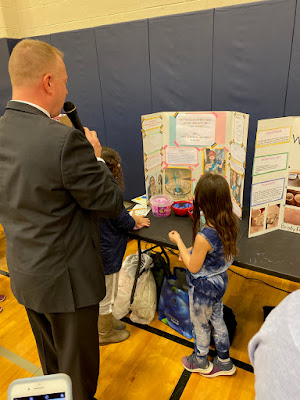 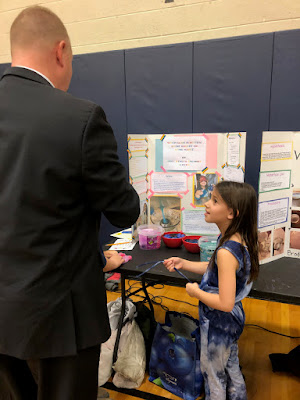 He even wanted to play with the slime. 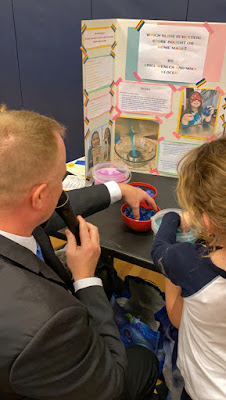 They had cool stuff to play with.  There were these little robots that follow lines you draw on a paper.  That kept the boys busy for a while. 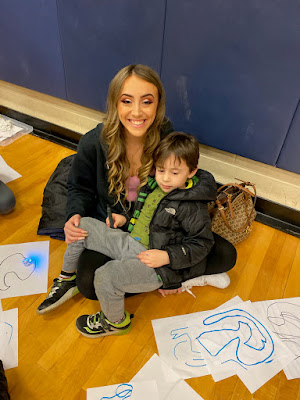 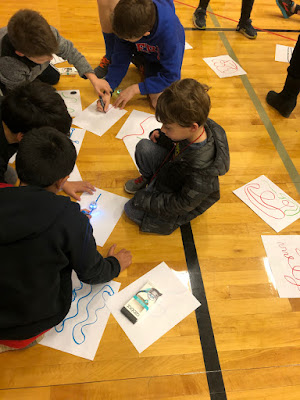 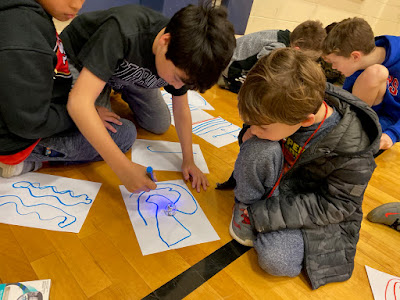 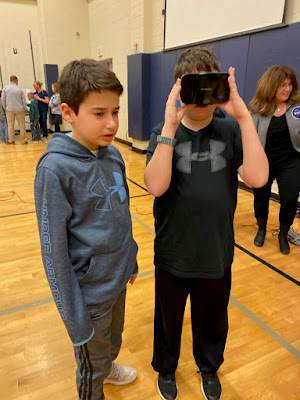 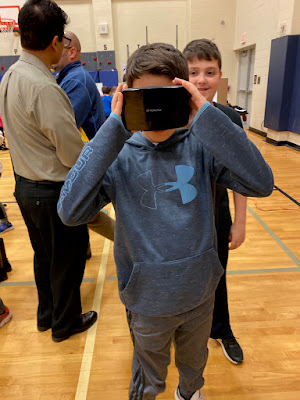 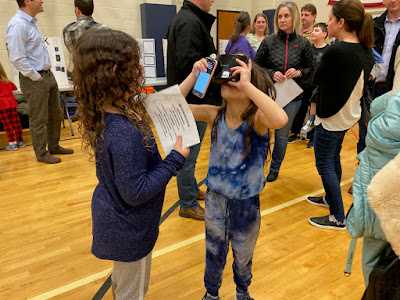 The twins walked around and asked everyone about their projects.  They were really interested! 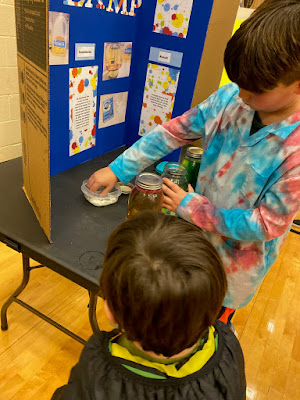 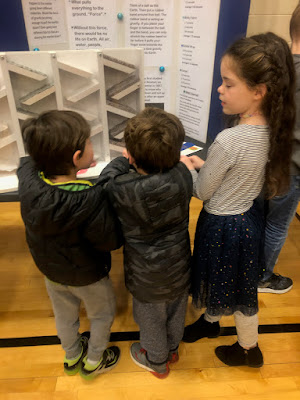 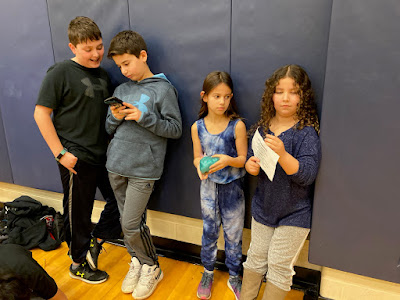 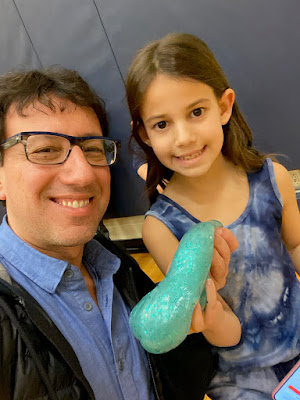 Here's a closeup of the slime poster. 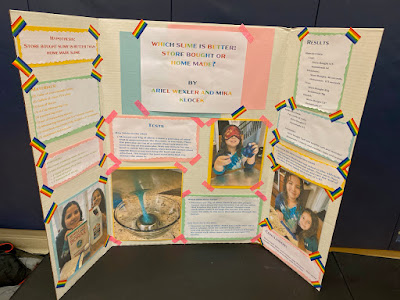 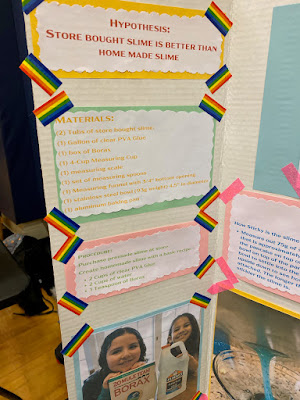 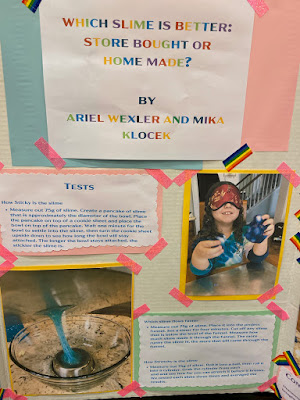 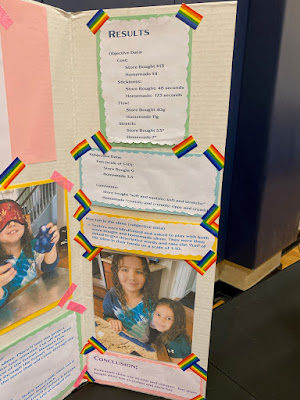