Quick post today.  I'm running low on pictures.  I took Aden to gym class but he refused to go in!  I guess he was tired.  Ariel had a low grade fever all day and wasn't herself but we think it was teething, not a cold.

Monday, Amy took Ariel to music.  There's her buddy Jaxson!  He looks so big next to her.  We need to get her walking already!  We also need to train Amy to take more pictures! 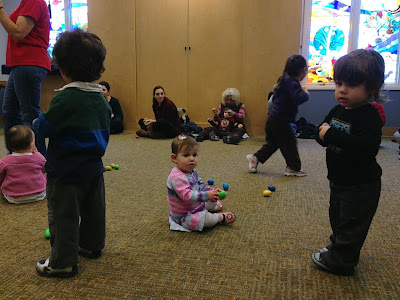 Swim!  I don't have much to say about these.  Aden is still not thrilled but at least he is trying. 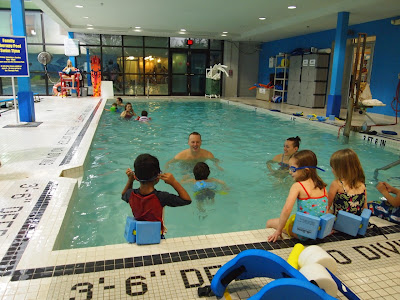 Same teacher as last time.  (this is his second time at level 2, after 3 times at level 1!) 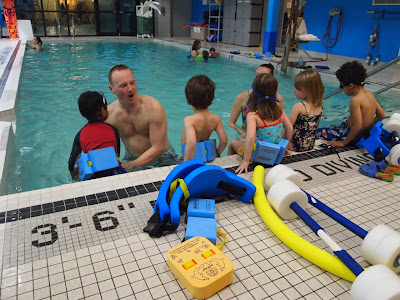 Why can't I keep walking towards the pool? 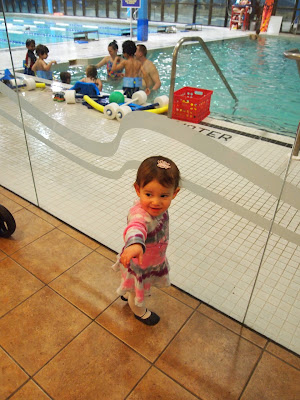 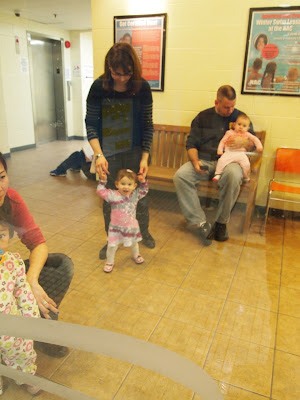 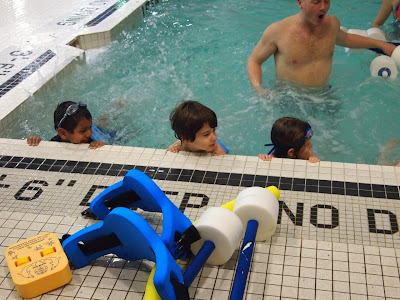 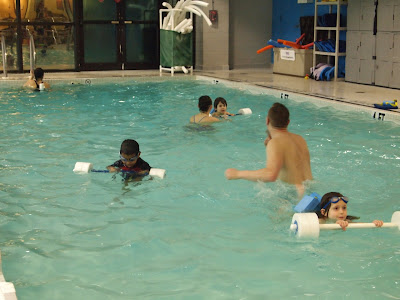 The girls were playing. 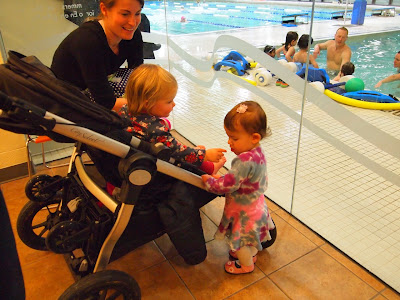 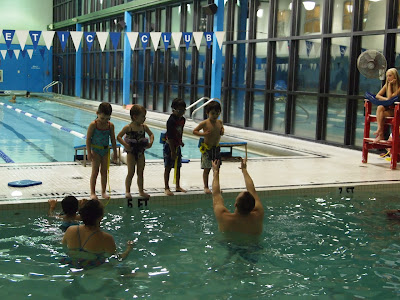 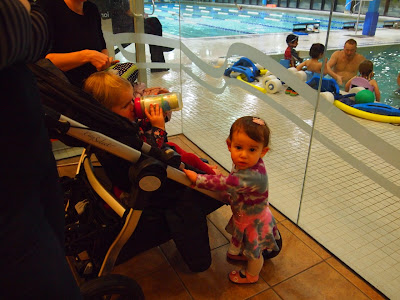 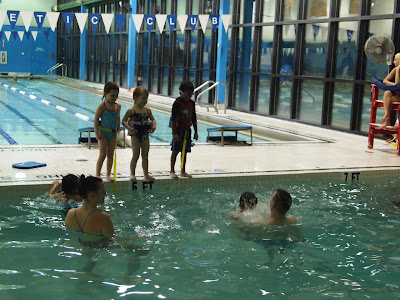 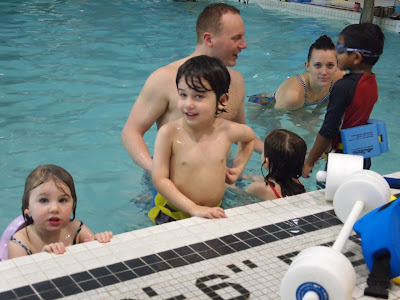 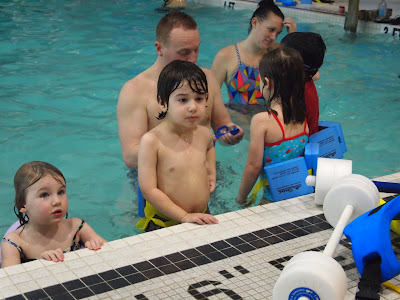 He really doesn't like getting on his back but he's a good sport about it. 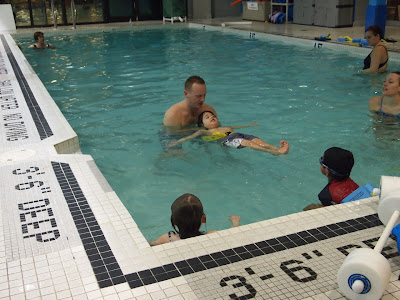