It's Thursday night and we are back!  Back from where you might ask.  Well, I had work in Atlantic City all week.  Amy and the kids came to join me on Wednesday. Before they came, Amy took Ariel to a Tu Bishvat party at a Barnes and Noble. 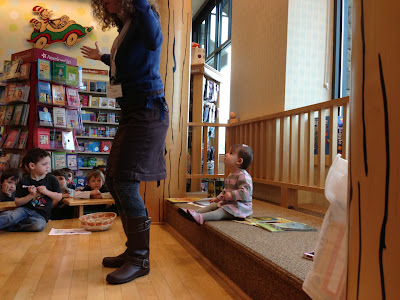 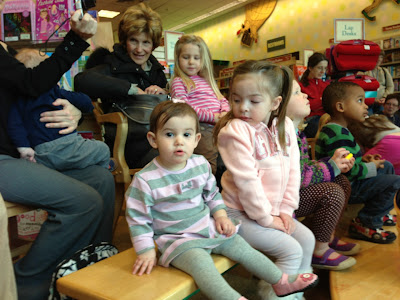 On the way to the shore, they stopped by to see Uncle Mark. 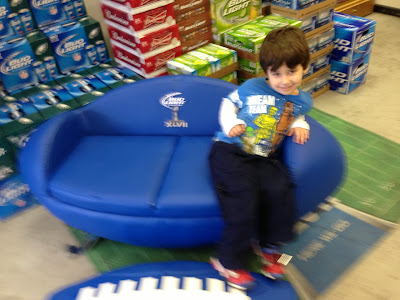 Me with Kevin, Ryan and Rich. 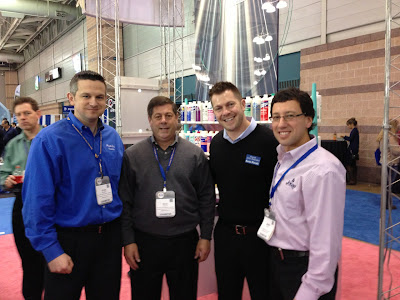 I had a chance to drive around the island again.  Several of the houses were in the process of being raised as my parent's house was.  My parent's were fortunate enough to have started it before Hurricane Sandy.  These houses probably had damage. 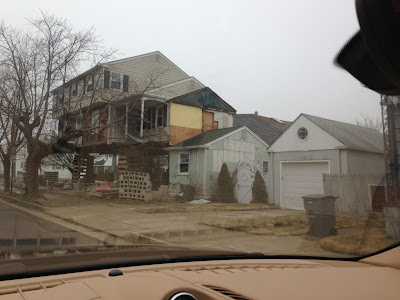 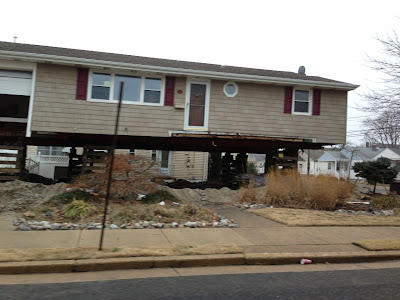 The point at Longport.  These houses were in bad shape and they are some of the priciest homes on the island. 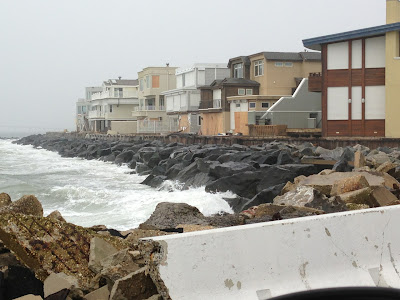 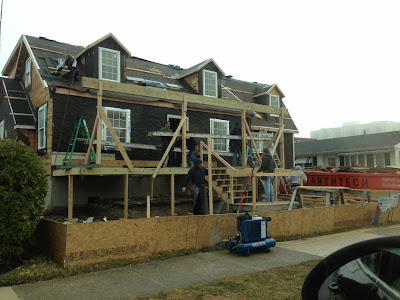 Ariel and Bev had words with the chef. 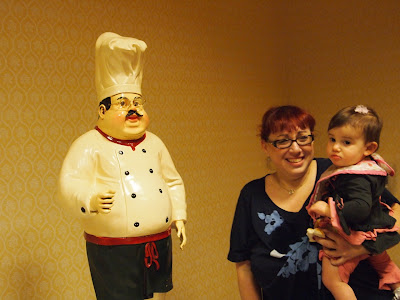 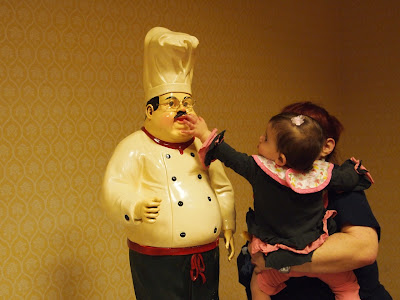 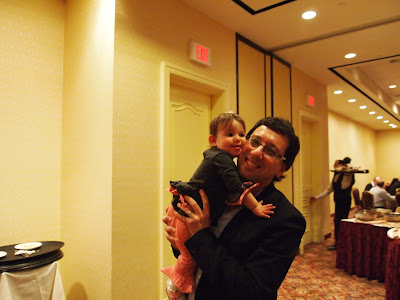 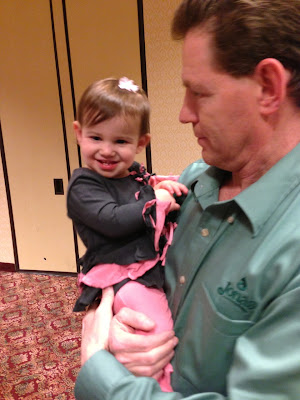 Aden and Kevin were bonding over Spiderman. 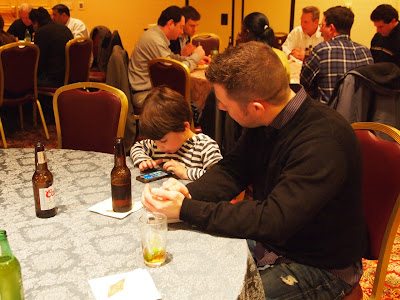 Aden was fascinated by the big chunk of cow on the table. 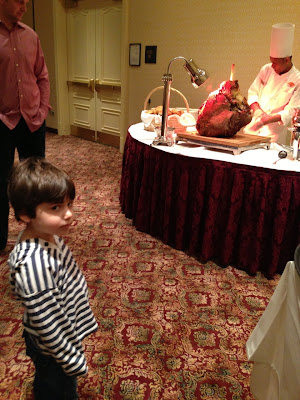 Look who came to hang out.  Daisy the baby nurse!  We hadn't seen her in a year so you can imagine how excited she was to see the kids. 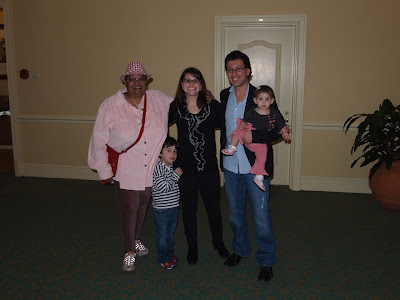 It's a shame I only get to see them a couple of times a year.  I really need to get to Chicago. 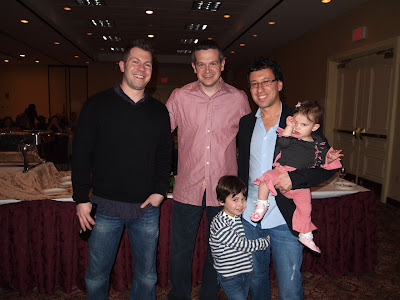 We slept over Amy's parent's house. 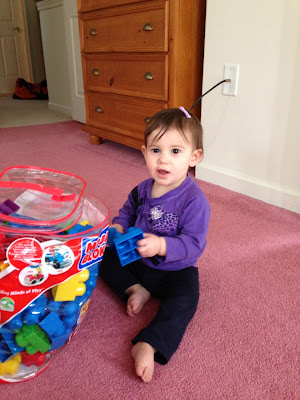 Thursday morning, both kids were sick.  We didn't take his temperature but we are pretty sure Aden had his first fever ever!  That was quite a streak, 4 1/2 years.  He was burning up.  Also, Ariel was sneezing a lot. 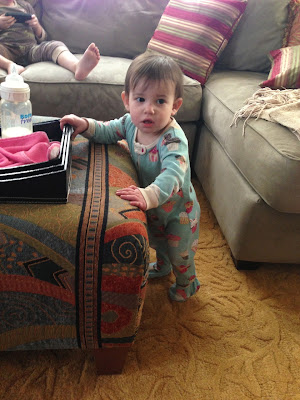 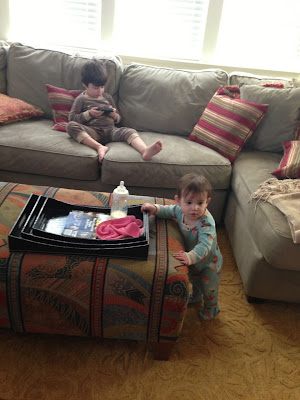 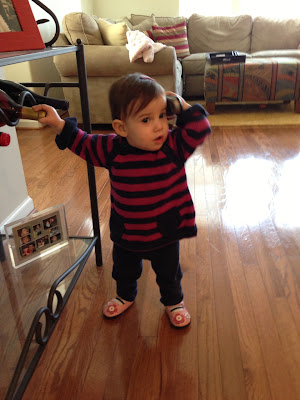 We got Manco & Manco's pizzas delivered.  Ariel loved it.  She devoured 2 slices! 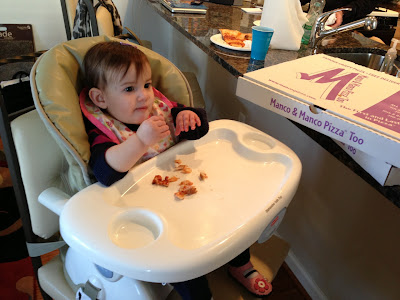 We finally made it home.  It was not an easy trip.  Ariel kept sneezing and Amy would have to climb over her seat to wipe her nose and Aden threw up!  In my car!  Here Ariel was checking up on him. 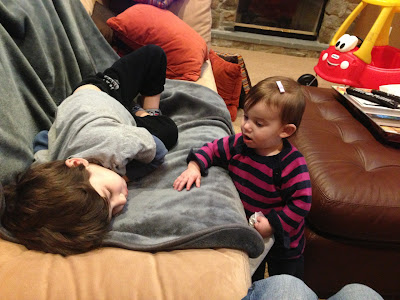 Ariel walked out the closet with shoulder bag and phone. 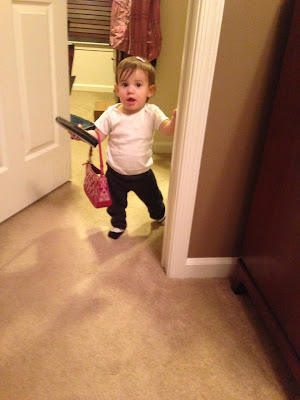 And just kept on walking. 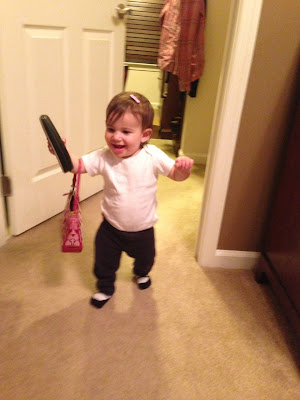 Too funny.  I don't know what Friday will bring.  I'm sure Aden will not be going to school.  It's N week and he was so excited to bring in Ned's Head for show and tell.  Oh well.  We will think of something really great for O week. 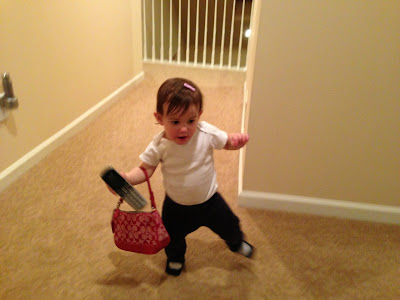