It's late Sunday and we are watching the Golden Globes.  What are Kristen Wiig and Wil Ferrell doing?  Well, it was one of those weekends.  We barely left the house.  Ariel's fever was gone by Saturday morning but she was pretty miserable.  Something must be bothering her but we don't know what.  I literally took only like 20 pictures and all we on my phone so I will be stretching for posts all week.

This was Friday morning.  I felt bad leaving, Ariel seemed so sad.  Amy had a tough day with her. 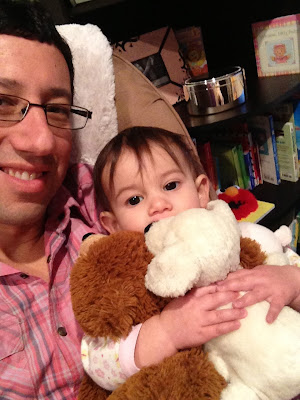 Friday night, she wanted to play a little. 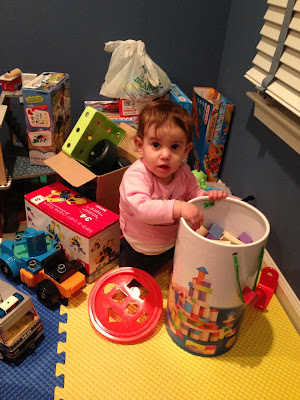 Saturday morning, we got some smiles. 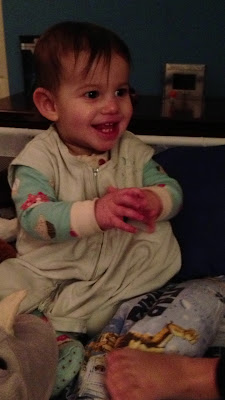 If you ask her to make funny faces, this is what you get. 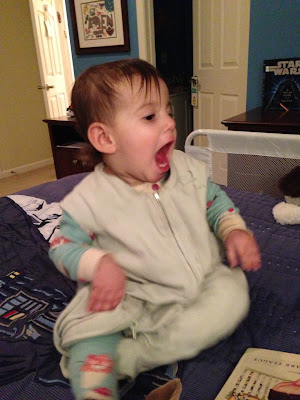 Does anyone out there have Verizon FIOS?  The one thing Comcast always had over it was the local stores where you could pick up or exchange equipment.  With FIOS, you had to mail your equipment back until recently when some stores were opened.  I had a problem with one of my boxes so I took Aden with me to the Franklin Mills Mall.  Let's just say, Verizon has a lot to learn.  It was an agonizing experience.  Aden enjoyed his first Orange Julius though! 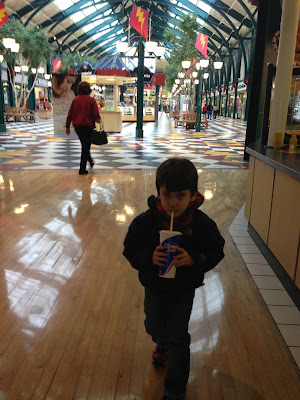 We went to visit Uncle Mark at the beer store. 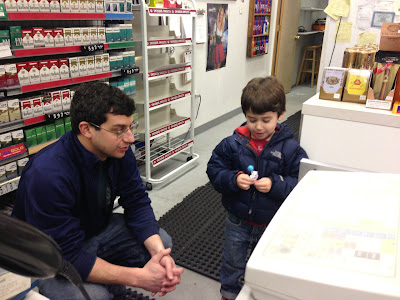 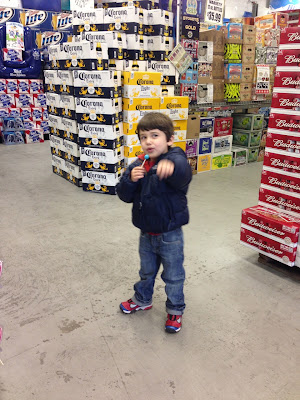 Cool chair.  We had to get home to meet grandmom. 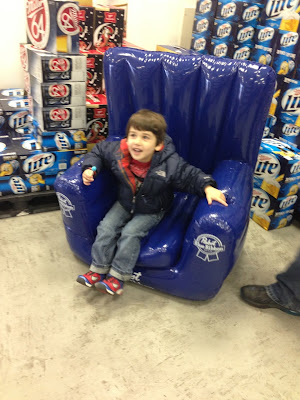 Clarisse and Jeff took Aden to see Wreck It Ralph, which just now lost the Golden Globe to Brave.  Aden spent the whole day with them and had a great time.  Amy went shopping with Lindsay, which left me alone with sick girl. 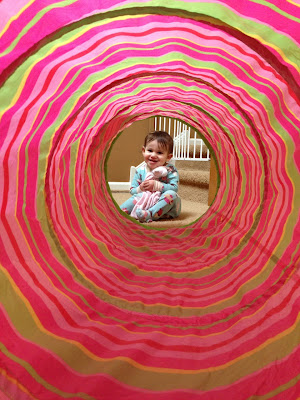 When she wasn't sleeping, it took everything I could throw at her to stop the crying. 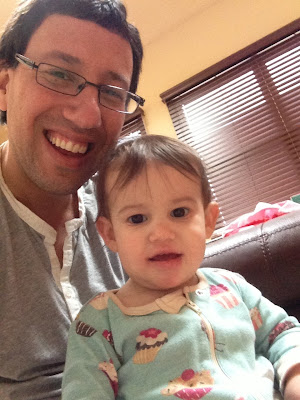 No matter how bad she felt, she was still able to take care of her babies. 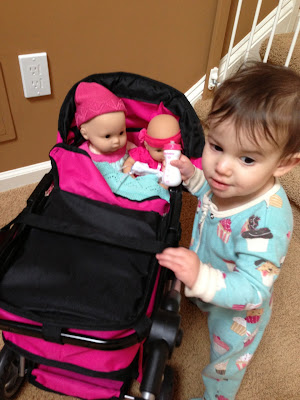 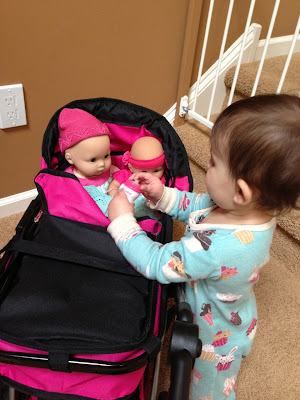 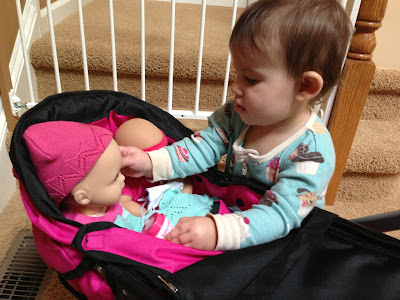