It's Thursday night and it's going to be a long night.  Ariel's cold has gotten a bit worse.  We have several different thermometers that we put into various orifices and got temperatures between 101 and 104, so let's just average it say that she is about 102.  She keeps getting up.  She wants to sleep but she has the shivers.  Poor thing.  Anyway, here's the rest of the week. 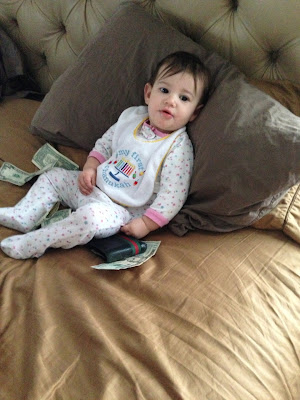 This was dinner at La Stalla, our second time there in less than a week.  I wonder if she was starting to get sick here. 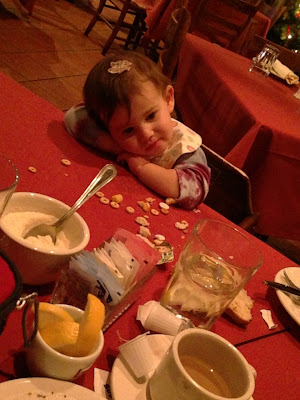 Aden cleaning up at school. 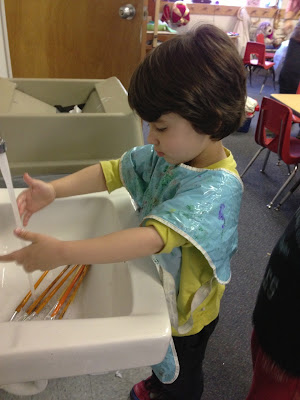 I have this conversation on video.  I love the way they talk to each other.  I could listen all day. 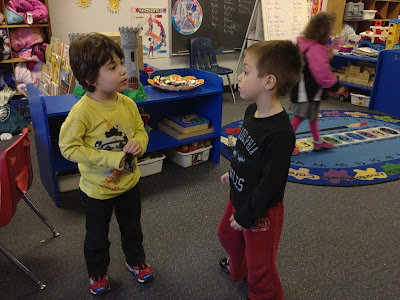 Hopefully, he will be in Jake's kindergarten class next year.  It will be their last chance to be together till middle school.  That makes me so sad to think about. 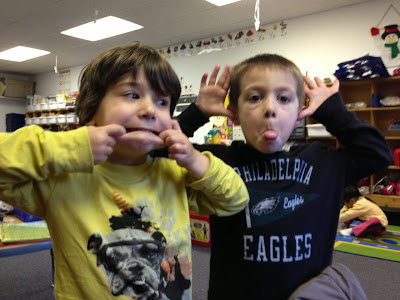 They have been buddies for 3 years already. 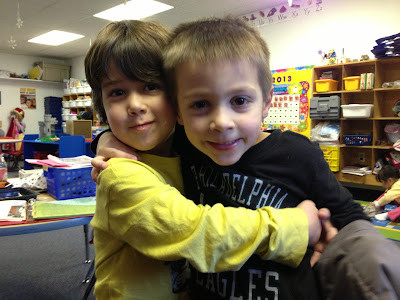 Way overdue haircuts for Aden and I. 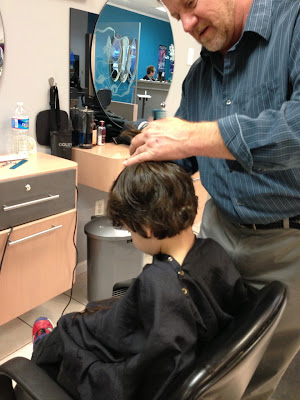 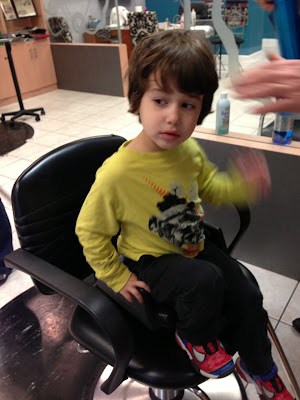 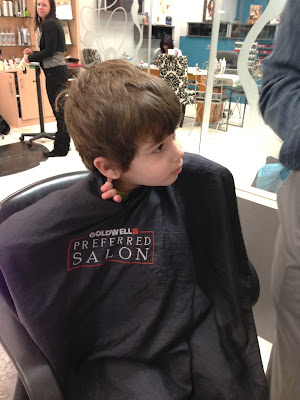 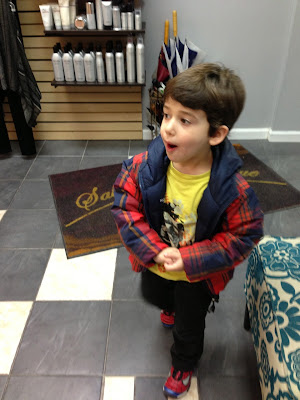 This is from tonight.  As sick as Ariel felt, it didn't stop her from eating her broccoli.  Where did she come from?  Oh yeah, Amy. 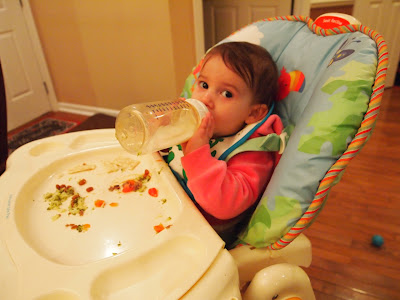 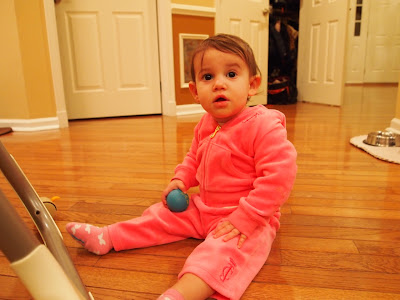 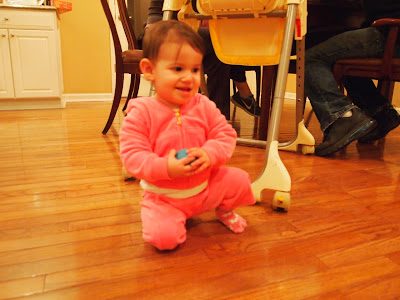 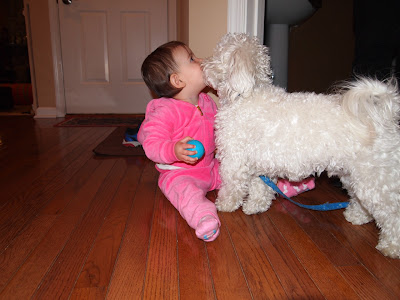 Back to pushing the dolls around. 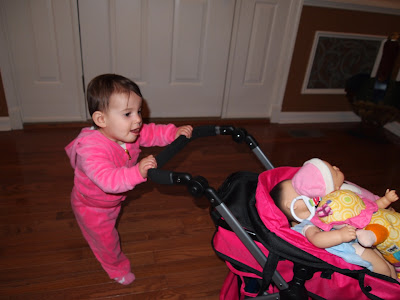 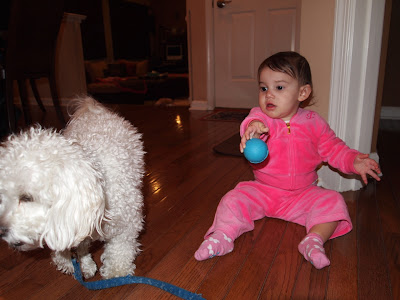 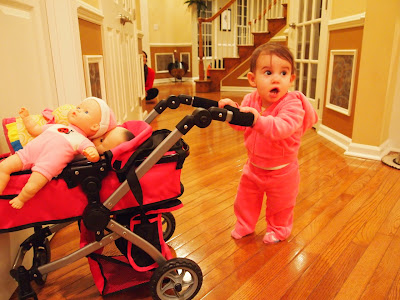 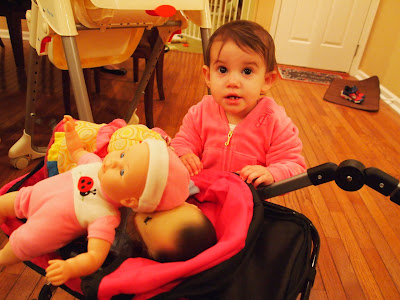 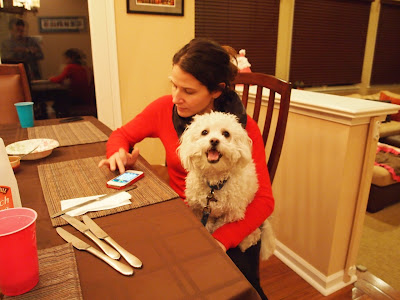 It's K week at school.  Aden is bringing in his karaoke machine for show and tell Friday.  We practiced with him. 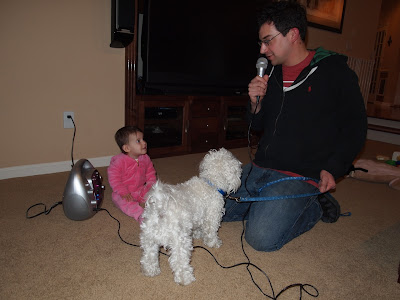 I really wish I could be there to watch him.  It is going to be so funny.  He sings The Fresh Beat Band, Katy Perry, Justin Bieber and Taio Cruz. 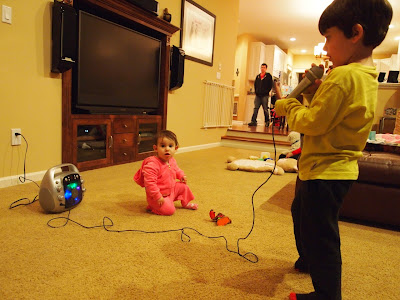 Too cool for school. 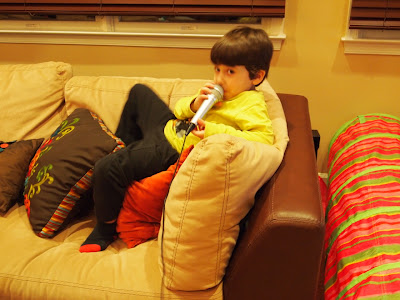 We ended the night playing Skylanders Giants on the PS3.  It's pretty wild.  It's an adventure game that has this glowing platform. You place whatever creature you want on the platform and they appear in the game.  Of course Aden didn't want to stop. 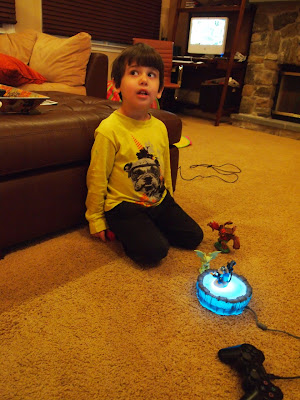