Some Hot Chicken in Nashville

It's Sunday night and it's pouring!  Today was Mother's Day.  Amy had a nice day.  I had the kids all morning and let her sleep in.  We all went to lunch, then I took the twins home for a nap so she could go to the mall.  Tonight, her family came over for dinner.  I made bourbon chicken wings and a cake!  Let's get started with Nashville.

Last Saturday, we had a very early flight.  Todd and Ali joined us! 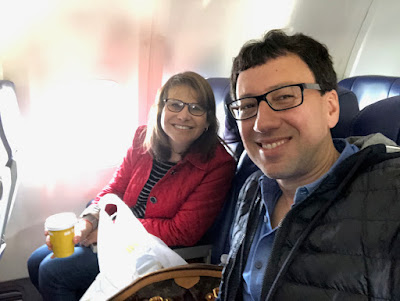 We switched spots so the girls could talk. 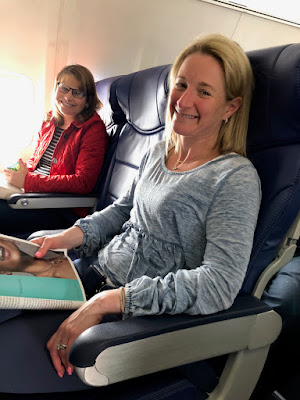 We got to the Union Station Hotel around 10 am.  It was a train station built around 1900 that was recently transformed into a Marriott. 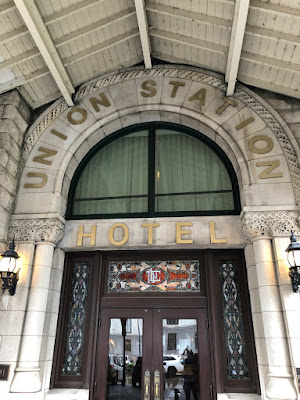 It was a beautiful place.  I really should have taken more pictures. 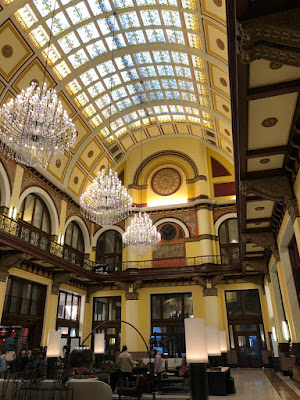 While we started walking to find a place to eat lunch, we got a text with Ariel and Eva's lunch date. 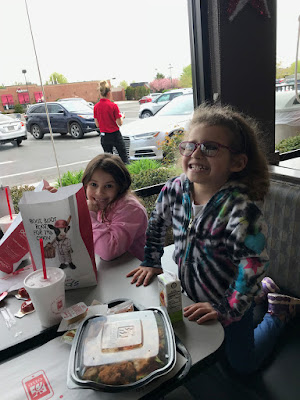 We ended up at a place called the Row near Vanderbilt's campus.  It was raining pretty hard so were a bit of a mess.  Todd and Ali were excited by the Bloody Mary bar. 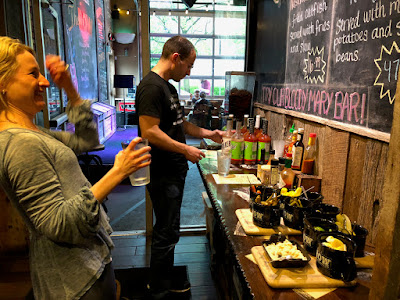 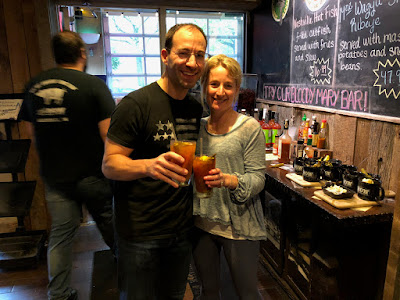 I got to try Nashville's famous hot chicken.  It was yummy.  Basically just fried chicken in hot sauce. 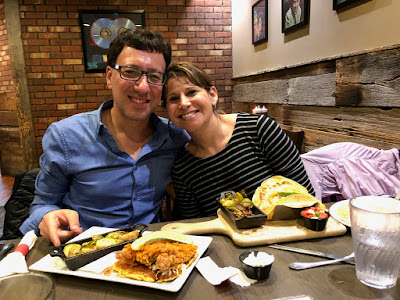 Since it was still raining it was we decided to try some indoor activities.  We took a 15 minute Uber ride to the Grand Ole Opry. 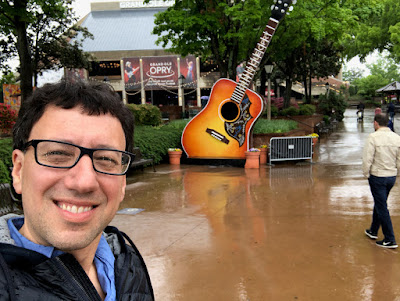 There was a 2 hour wait till the next tour.  I wanted to check out the Gaylord Opry Hotel next door, it's supposed to be amazing, but it was a much closer walk in the pouring rain to the... 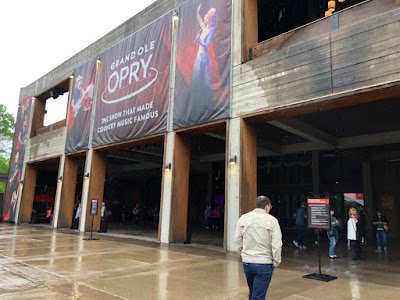 mall!  To be honest, I wasn't excited.  We have a Mills Mall right near us but I was overruled. 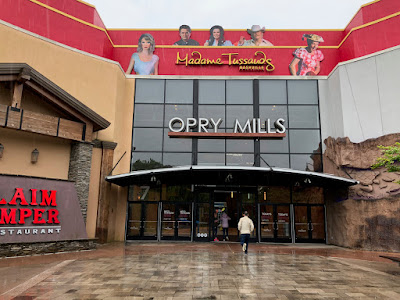 There was a Madame Tussauds  there so we went for it.  Who could resist Taylor Swift?  (wow she's tall) 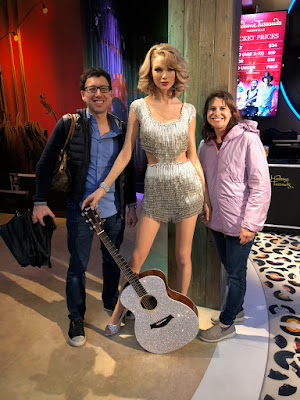 We watched a little movie, then it was time to mingle. 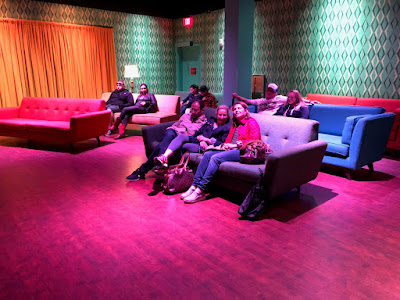 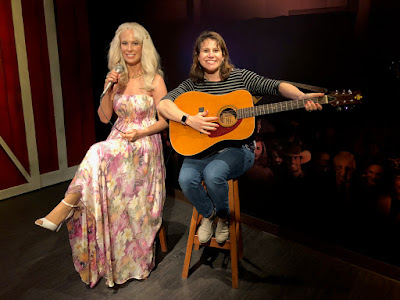 Elvis was taller than I thought too. 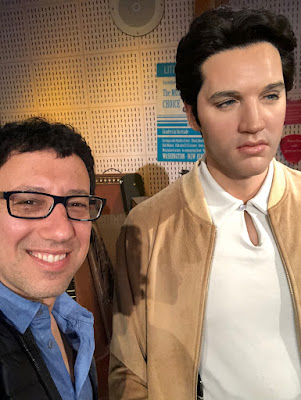 Amy recorded a song in a booth!  We convinced her the whole place could hear her. 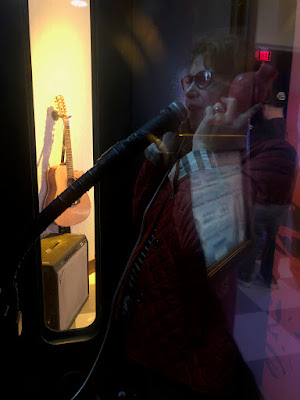 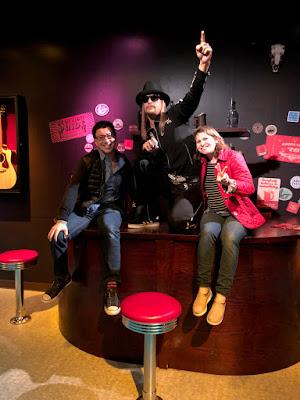 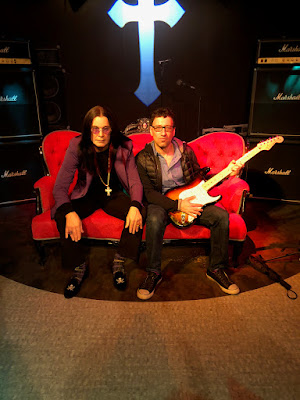 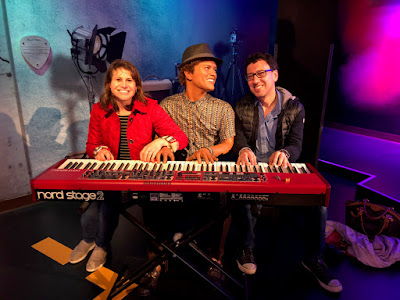 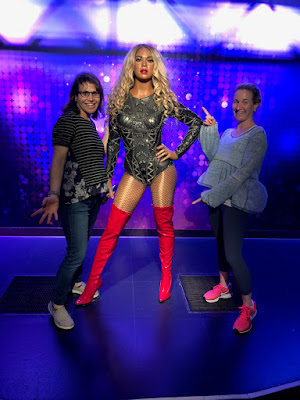 Amy wanted to give Justin a kiss. 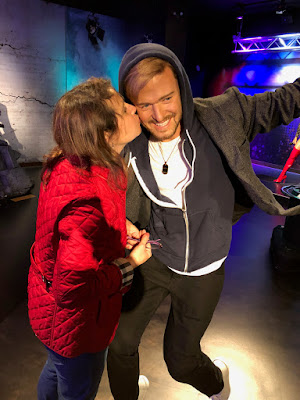 We just missed Carrie Underwood performing at the Grand Ole Opry by a few days.  Bummer. 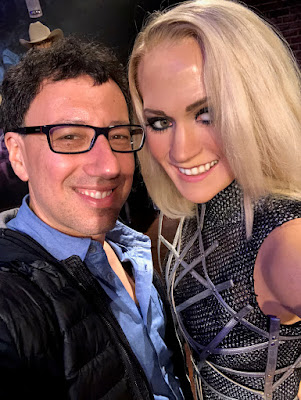 Finally it was tour time.  This current theater has been around since the 1970's I believe.  The last few were in town.  This place had a major flood a few years ago and was shut down for about a year.  They kept the shows going at other venues during the repairs so in like 100 years, they have never missed a show.  It's a pretty small place.  About 4000 seats. 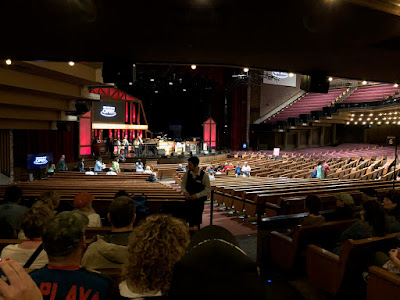 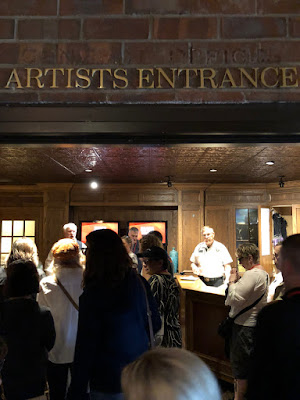 We saw some of the dressing rooms.  Some of the regulars at the Opry got to design them. 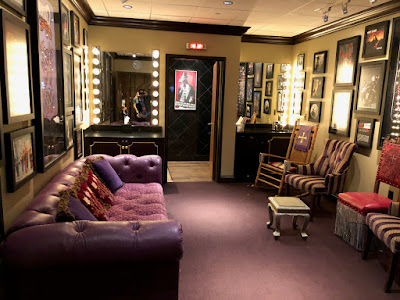 This is the green room, where the performers hang. 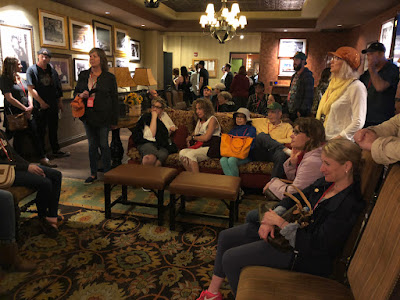 We got to walk on stage. 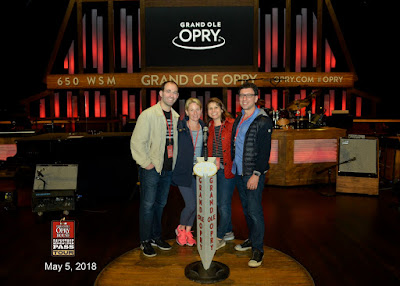 That was fun it was time to finally check into the hotel... 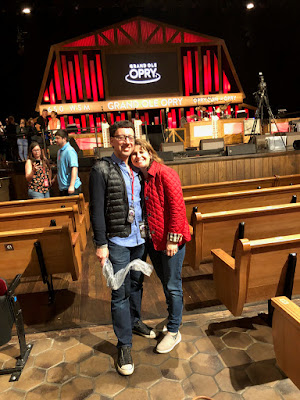