What Would Dolly Do?

It's Tuesday late afternoon and crazy thunderstorms are coming.  It was sunny, warm and humid a few minutes ago.  It's now black and windy and cool.  Ariel has cheerleading tryouts tonight.  We are bringing her even though we are thinking of pulling her out.  Amy would rather her concentrate on dance and maybe do a sport.  We got her kindergarten evaluation.  They say she's ready for first grade!

Back to Nashville.  When I left you, we were on the tour bus Sunday morning. 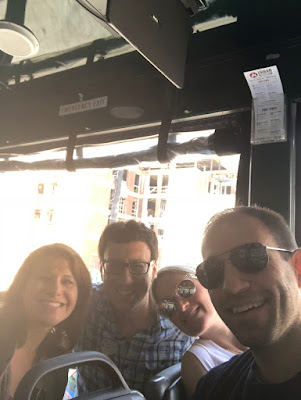 We got off at Vanderbilt, walked around the campus, then found a place for lunch.  Todd, Ali and I all got the hot chicken.  Ali finished hers!  I got mine on a biscuit with sausage gravy.  Yum.  A guy showed up and started playing music.  There was music everywhere in that city. 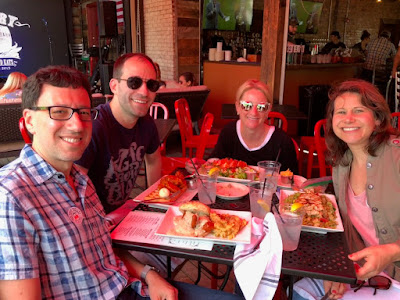 When then took a Lyft (we gave up on Uber because we didn't like how their prices kept changing) to a cool area called 12 South.  Vanderbilt seemed deserted.  We were wondering where all the college kids were.  They were here!  First we stopped at Reese Witherspoon's store Draper James. 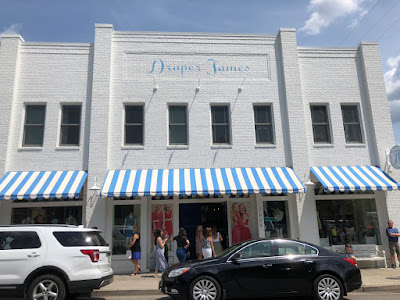 Such a cute store.  I guess you wouldn't expect any less from Reese. 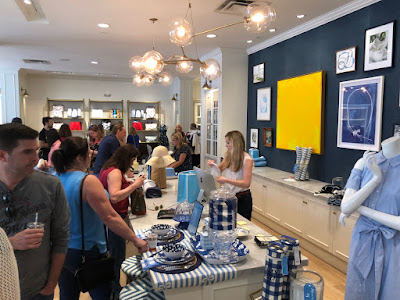 She even designs a lot of the stuff. The girls were not impressed.  A little too Southern Belle for them. 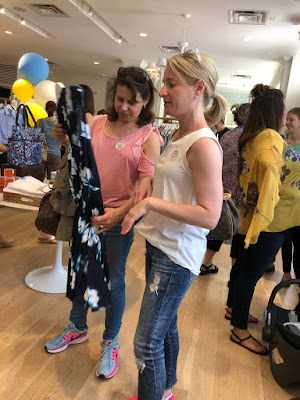 People were lined up to take this picture. 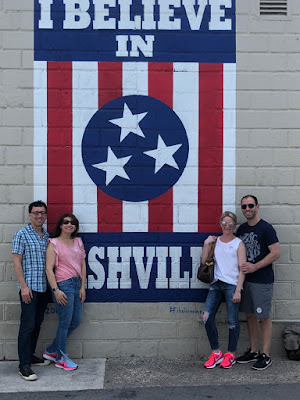 I tried everything I could! 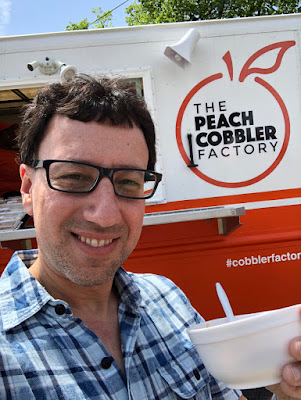 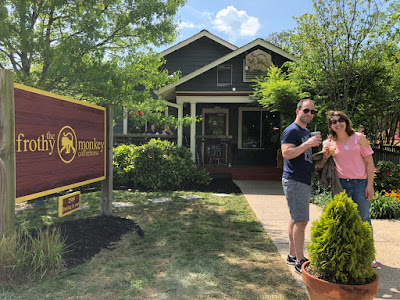 This was the line for Jeni's Ice Cream.  I had heard about this place before.  They all left me to go shopping while I waited. 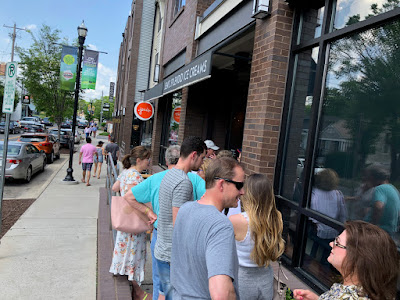 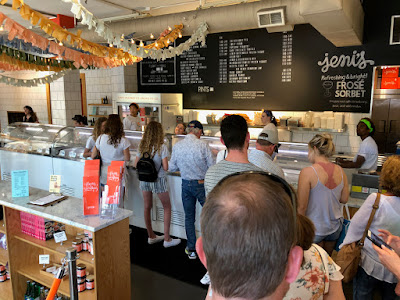 Look at these crazy flavors.  if you click the picture it will get bigger. 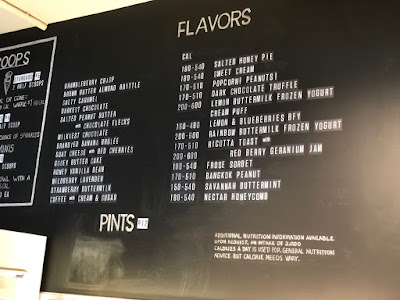 Then we walked about a mile to get back to the tour bus route.  We passed through a cute neighborhood.  These houses were around $1 mil! 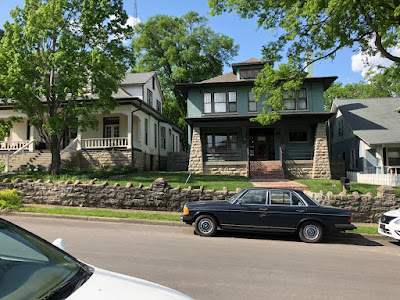 Then we walked through a Belmont College, a place we had never heard of.  It was beautiful.  We picked up the tour there and finished it.  We went down music row where all the recording studios are.  that was kind of cool. 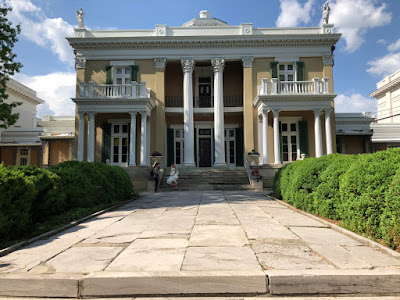 We made it back to the hotel.  Here's a view from the outside. 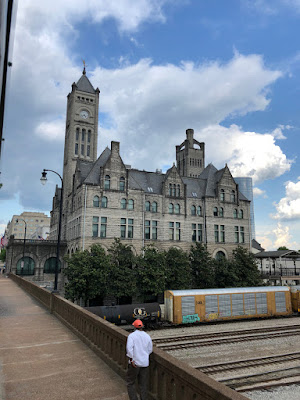 All the sudden the skies turned black.  The girls went inside but Todd and I waited for the storm.  We Googled to make sure we weren't in the tornado belt. 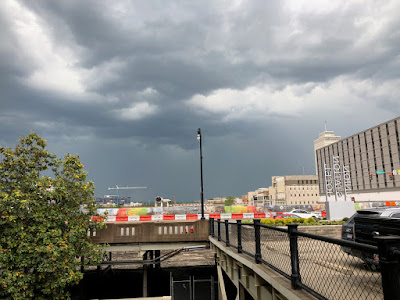 We got ready and walked back down Broadway to get to dinner.  That red building on the left is the Ryman Auditorium.  That's where the Grand Ole Opry was from the 1930's to the 1970's. 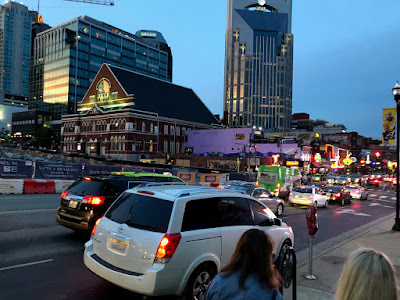 Printer's Alley holds a few bars that were speakeasies during Prohibition. 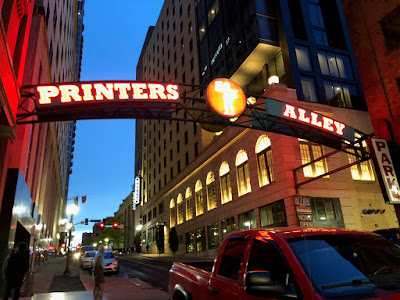 We went to Skull's, which hasn't changed in almost 100 years.  Without the sign, we would have missed it.  It was hidden pretty well. 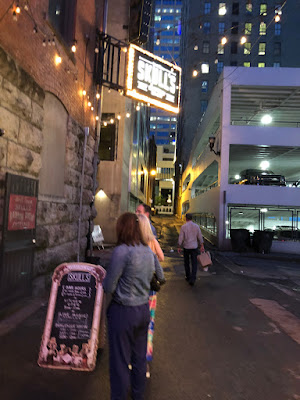 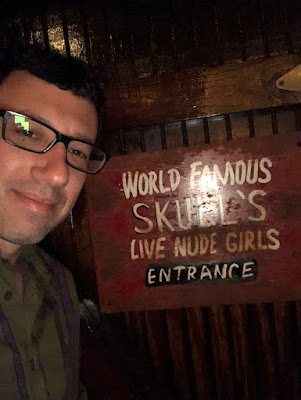 We had a few drinks while waiting for our table. 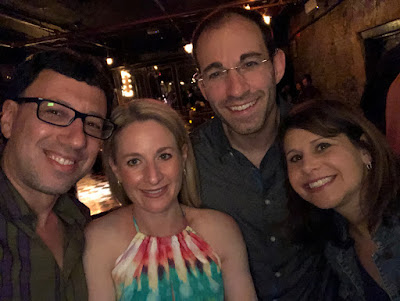 Then it was time for a burlesque show!  It was actually Ali's idea!  They have been doing this type of show since the 1940's.  The band was great and the band leader was funny. 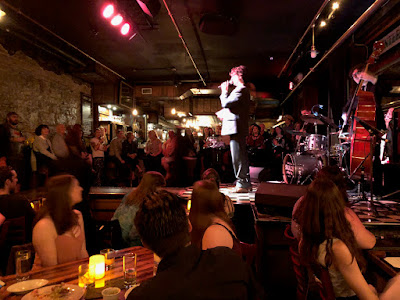 The dancers were extremely athletic and energetic! 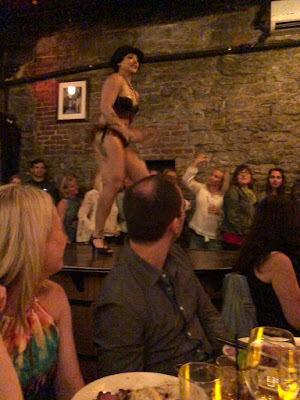 They actually encouraged us to take pictures and share. 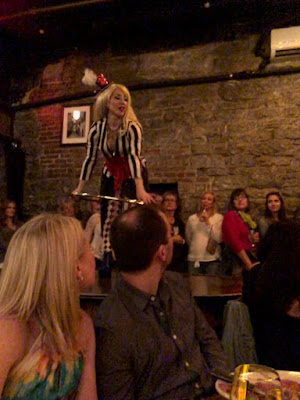 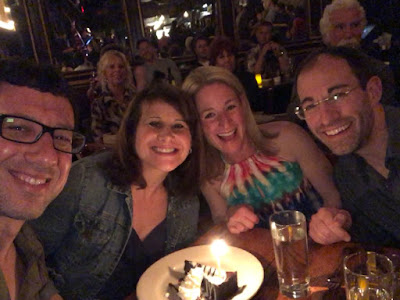 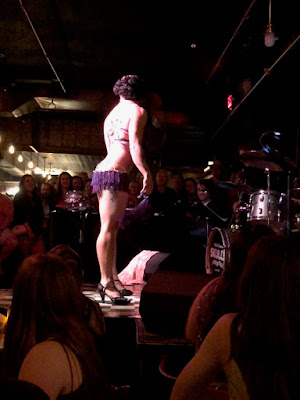 The girls posed with us before we left. 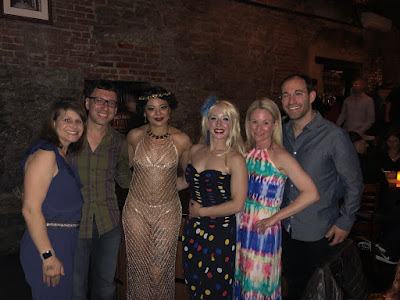 So ended out trip.  We headed back pretty late and packed.  Our flight home was pretty early in the morning.  The worked out as we were home before the kids got out of school.  Nashville was a fun place.  I will definitely go back! 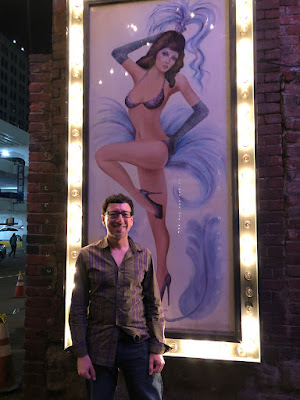