It's Monday night.  Everyone seems to be getting better around here.  Ariel had her last basketball practice tonight.  That season went quickly.  Ariel likes playing but she says the girls on the team aren't nice to her.  Aden has a playoff game this week.  Up next, flag football and t-ball!

So last Sunday, I woke up to this picture from Todd.  I had given him and Ali the last piece of the King Cake.  He had it for breakfast and his last bite had the baby Jesus in it!  Good luck for Todd! 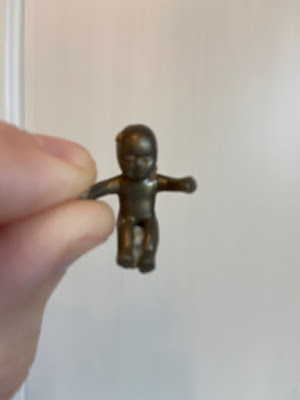 The boys were up early.  They now like to watch their iPads and eat their breakfast right outside our door and they keep those things loud!  It's super annoying. 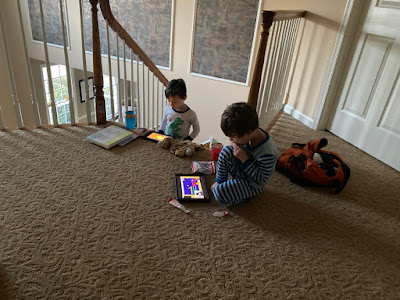 We went to the playground. 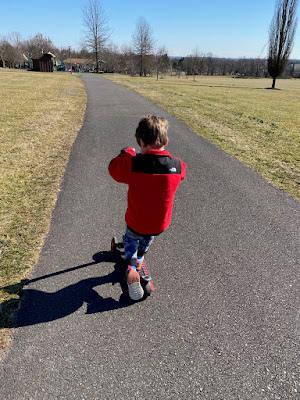 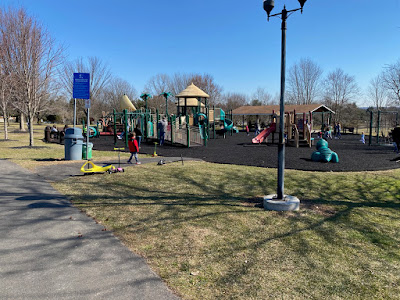 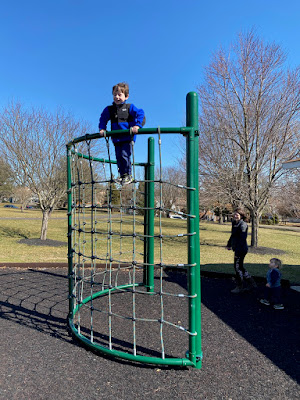 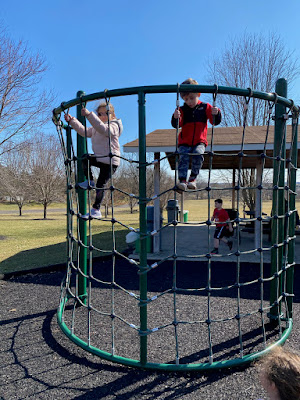 We met Eva and Gwen and their friend Miles. 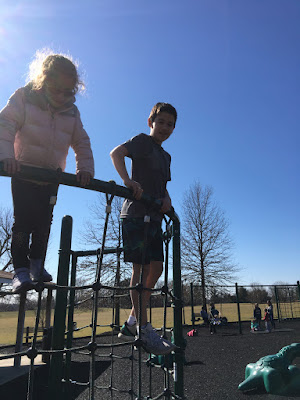 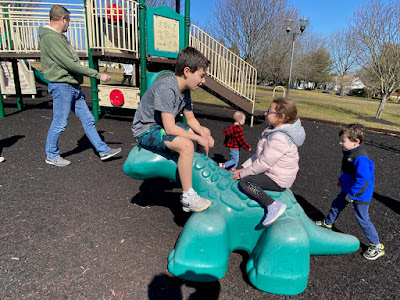 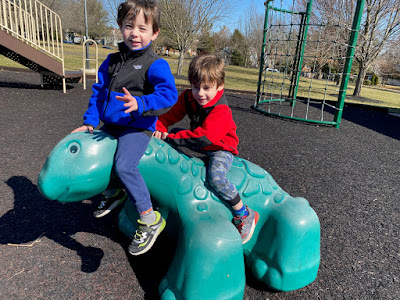 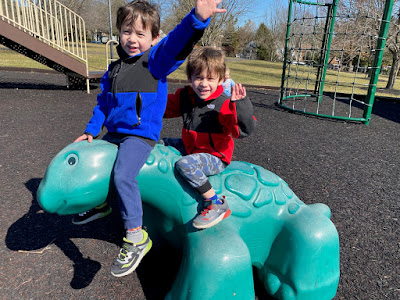 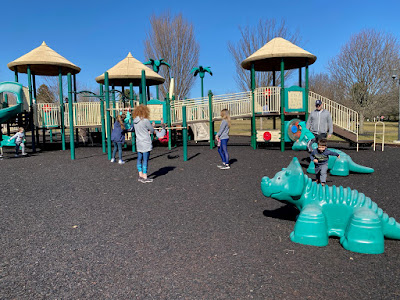 Aden is nice to Gwen, not so much his siblings. 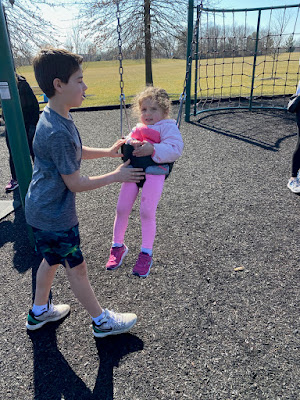 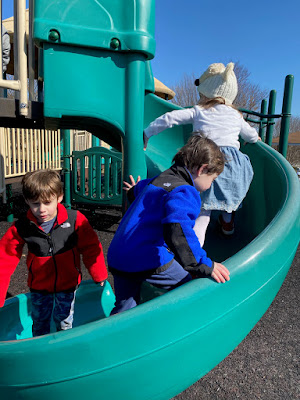 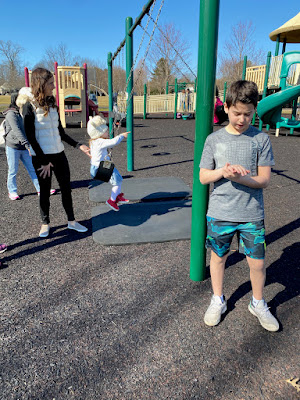 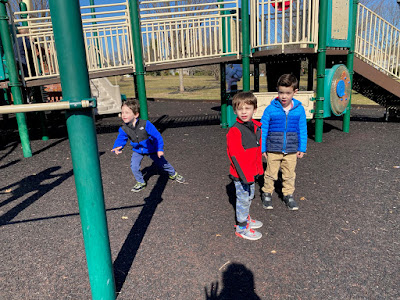 The kids had a lot of fun. 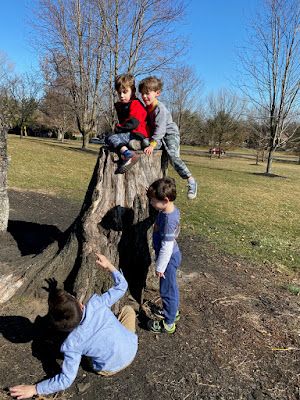 Then we had Ariel's basketball game. 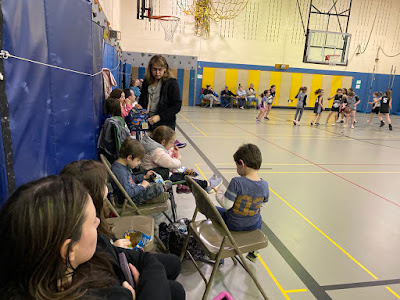 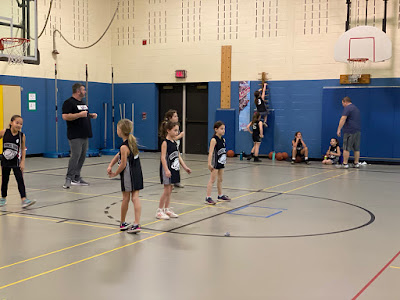 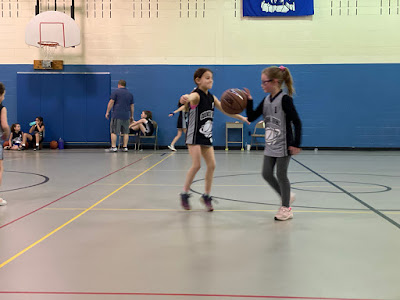 Meanwhile Aden was playing with the neighbors. 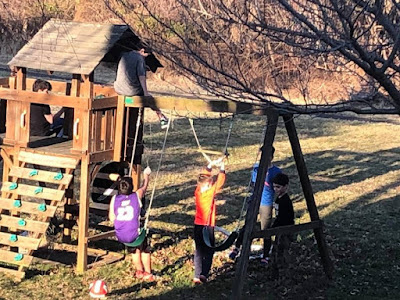 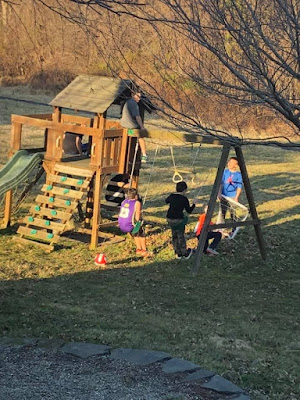