It's Monday night April 20th.  This day might go down in history as the first time ever the price of a barrel of oil went below zero.  In fact, it went to minus $37 which means the oil companies will pay people to take the oil from them.  There's no demand for oil and no country will stop pumping it out.  That's my financial observation for the day.  Last Sunday it was beautiful.  I took three of the kids on an adventure.

I have lived around the corner from this place my whole life and never heard of it.  Bowman's Hill is a high point near the Delaware River where the soldiers watched for British soldiers when Washington crossed the river. They built a memorial tower there about 100 years ago. 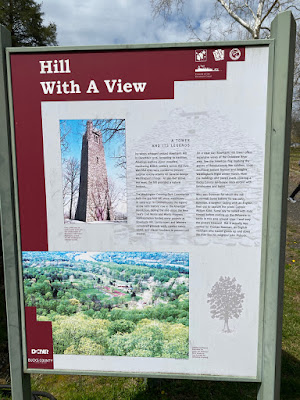 You can just about see the tower through the trees.  It was sadly closed. 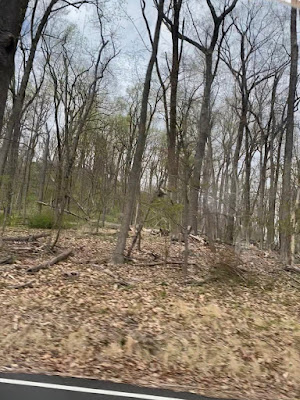 There's a wildflower preserve there too that was also closed. 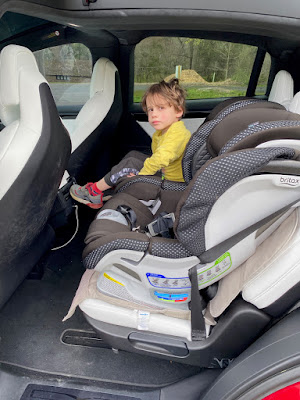 We parked anyway to explore. 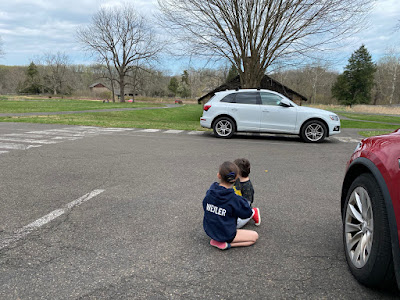 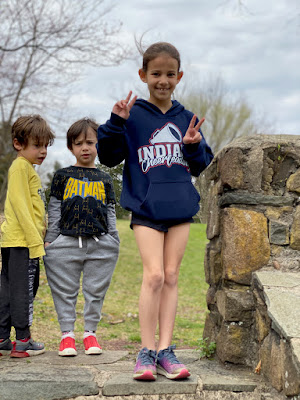 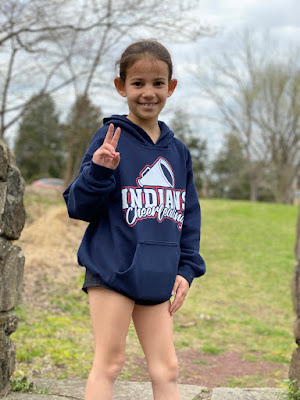 The boys were excited to find a bridge to cross. 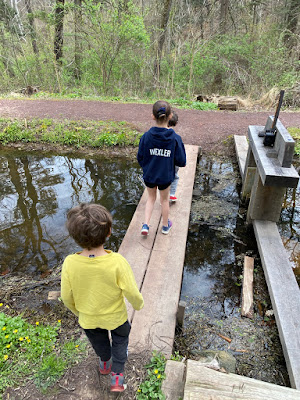 This is a canal that's directed off a stream to power a flour mill. 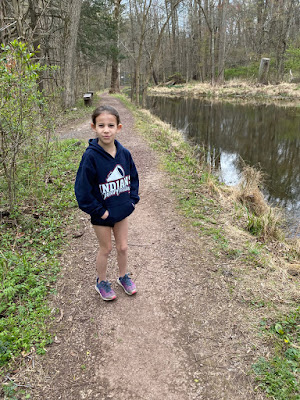 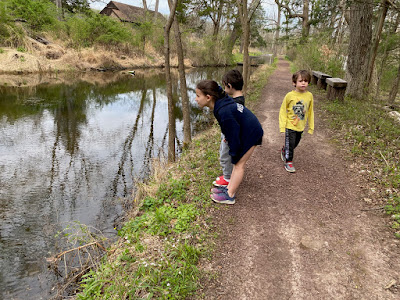 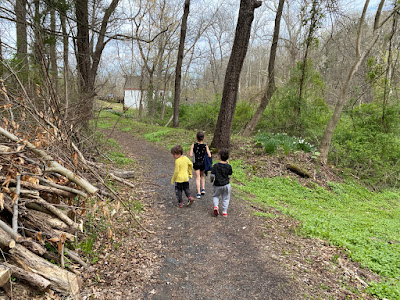 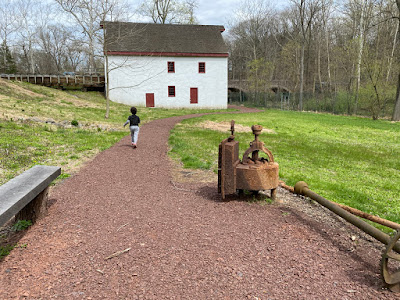 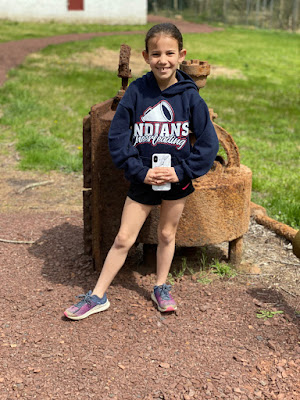 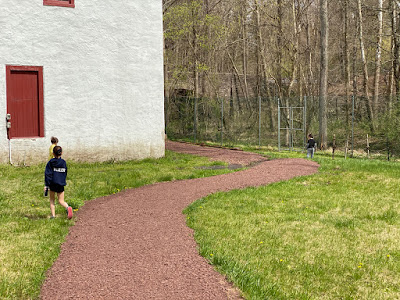 Some water was leaking out of the mill. 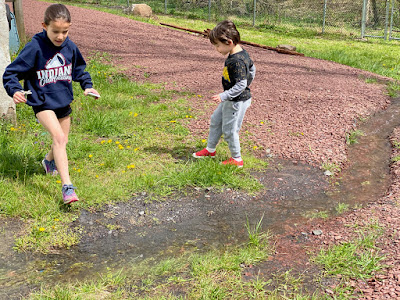 We found a bridge to go under.  Eli lead the way.  He such the explorer. 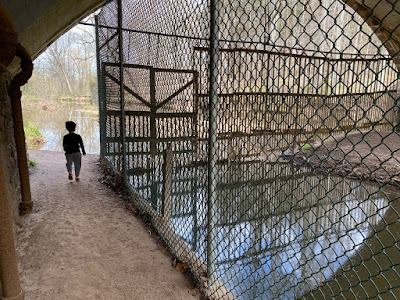 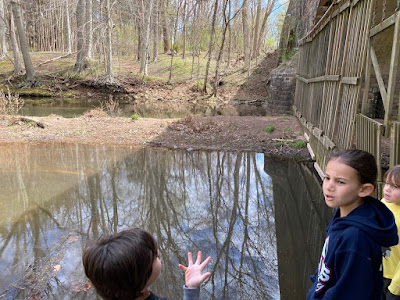 Here's the creek that leads into the Delaware. 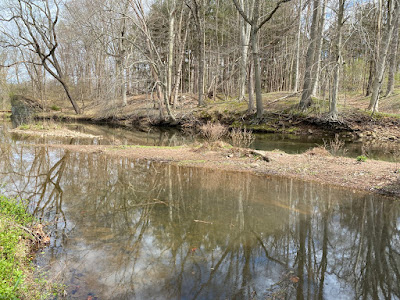 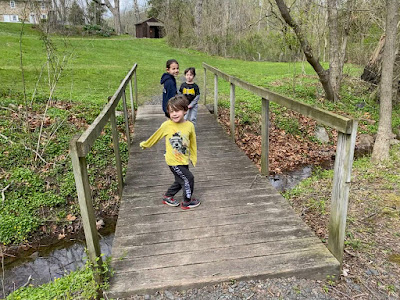 It was fun to hike around. 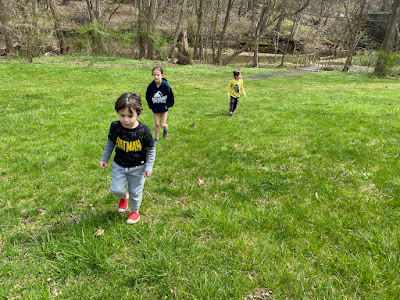 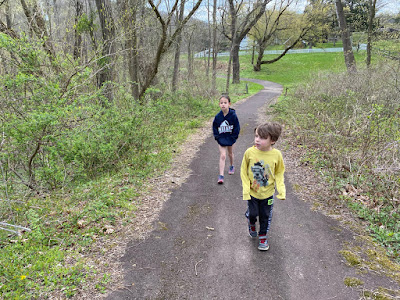 This is the main canal that runs all along the Delaware River. 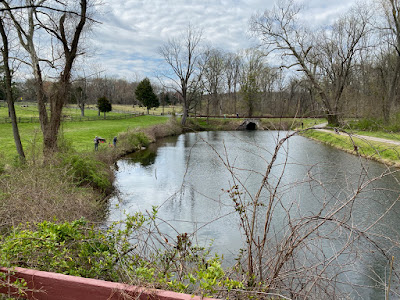 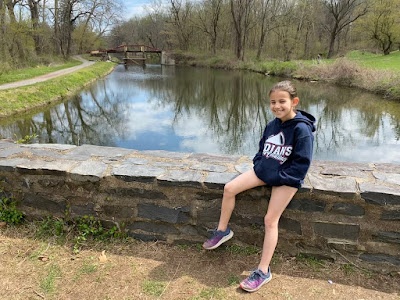 I made it into a picture. 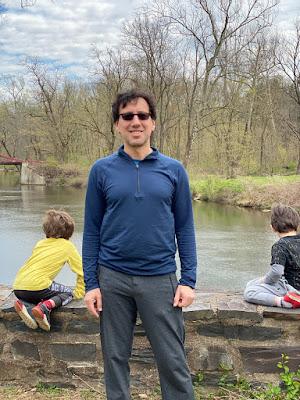 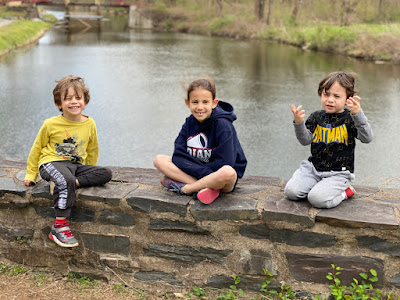 On the way back we saw the water going into the flour mill. 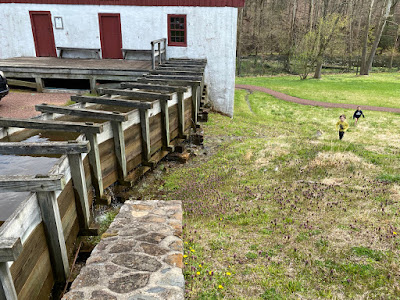 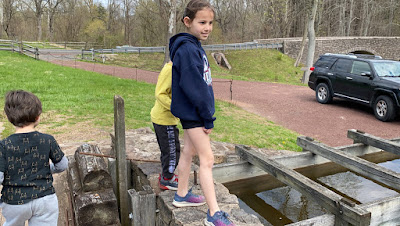 Then some cool motorcycles. 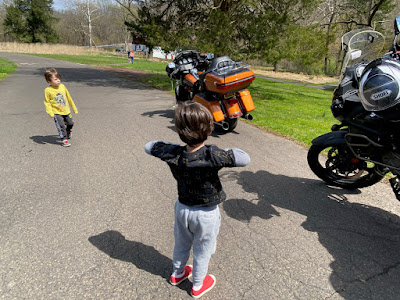