Sunday morning we had a birthday party for a girl in Aden's class at BounceU.  I still don't like the place but it's growing on me.  Five kids didn't show because they were sick.  Uh oh. 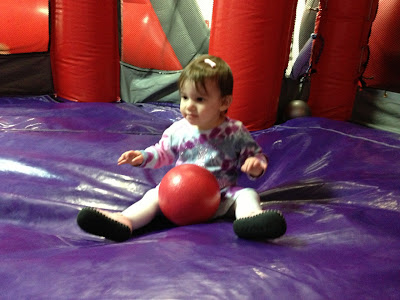 Looking for someone to throw balls at. (are you not supposed to end sentences with prepositions?) 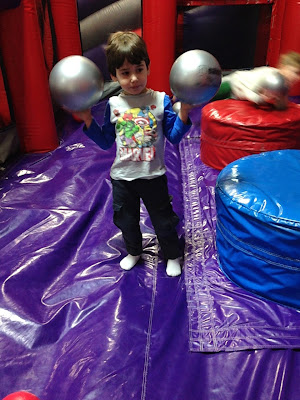 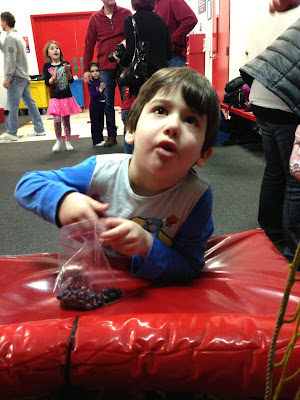 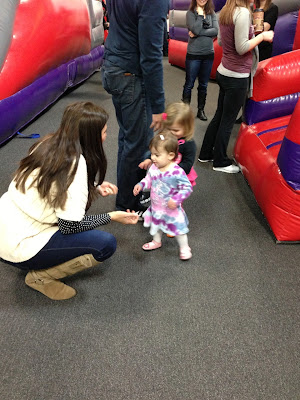 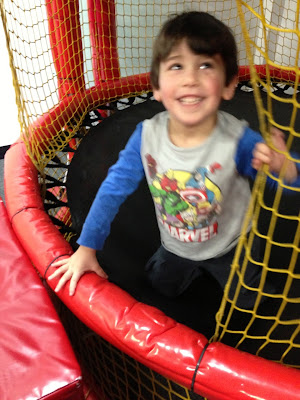 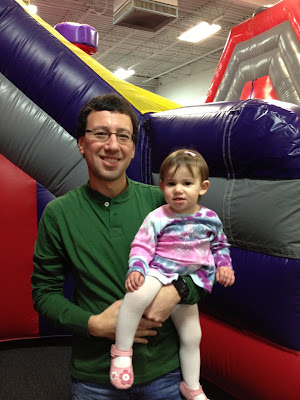 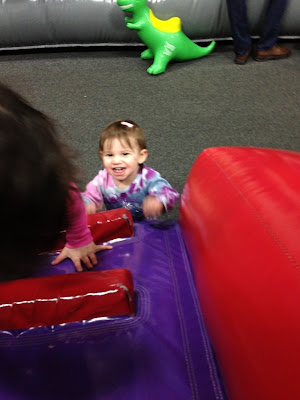 Aden will someday make it past the first row. 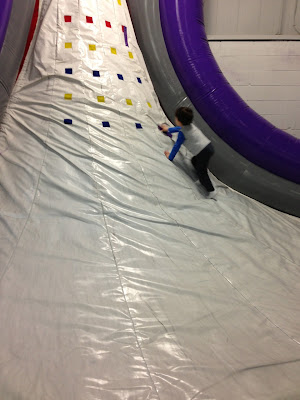 She fell right off this thing. 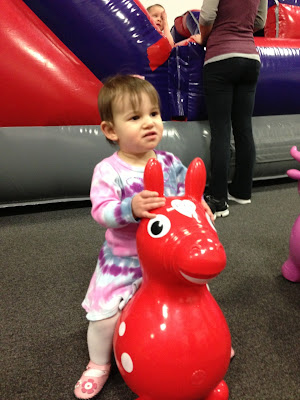 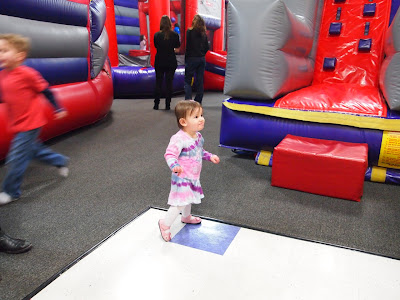 Daddy and Ariel on the big slide. 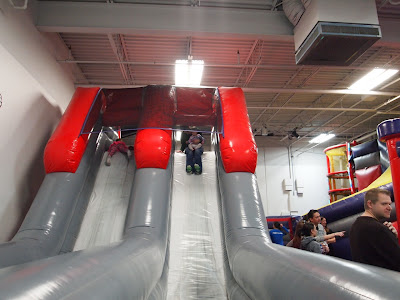 Not sure she liked it. 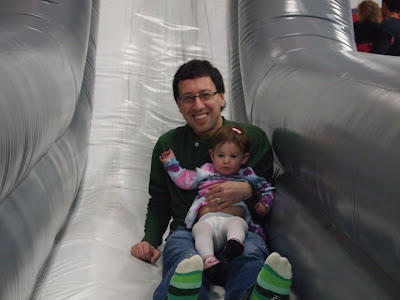 Time to move to the next room. 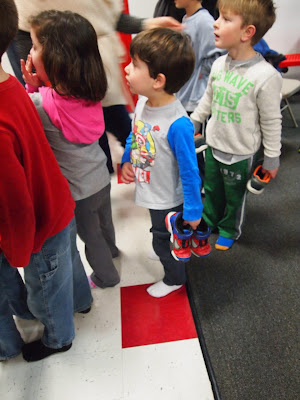 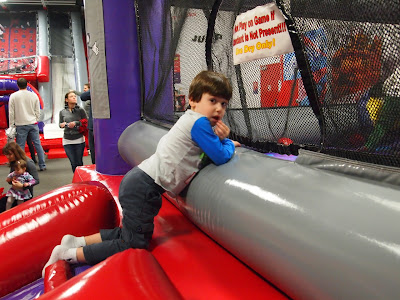 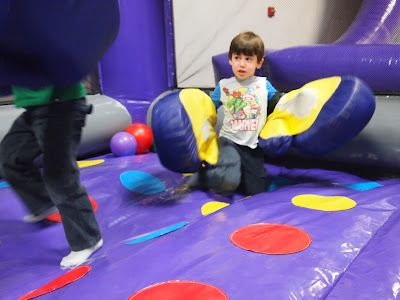 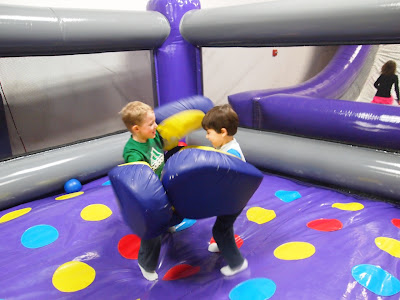 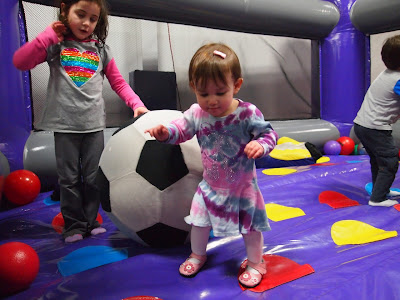 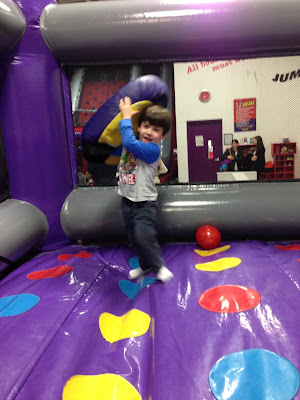 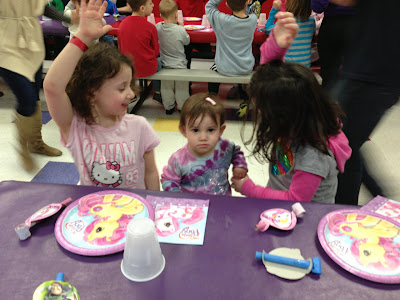 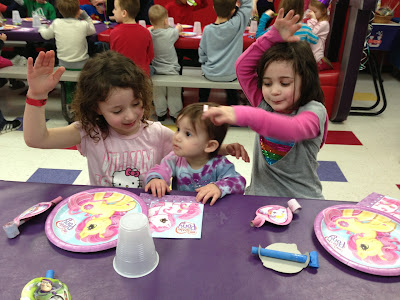 She tried to feed herself. 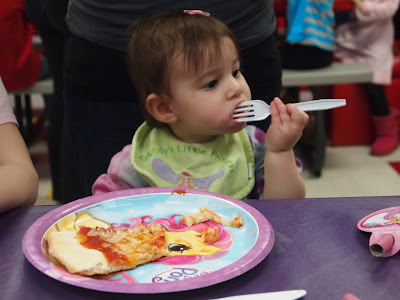 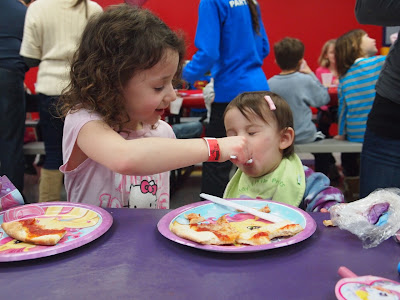 Aden looked good here, but his luck was about to run out. 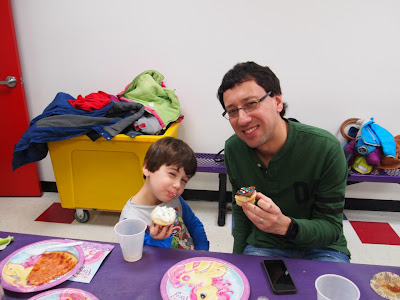 They both fell asleep on the way home. 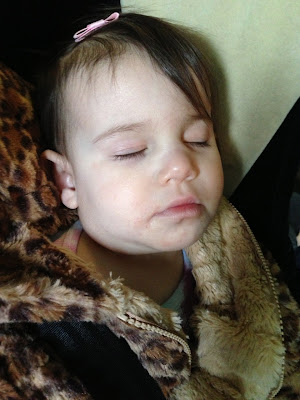 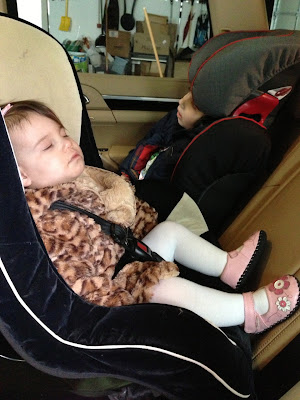 Aden went downhill fast.  He got very sick.  Poor thing.  He never complained.  Thankfully, he felt much better by Monday.  He stayed home Monday, along with half his class. 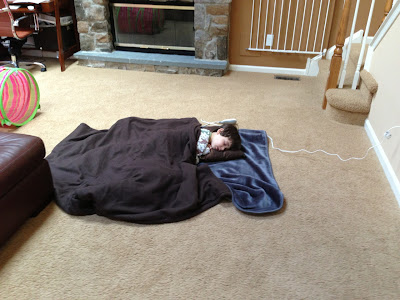