It's way too late Sunday night and I should be asleep.  What I do for you people!  It was a pretty quiet weekend.  Saturday we just stayed in.  Sunday we did some stuff but Ariel woke up with a stuffy nose and a low grade fever.  We thought it was just a cold but we remembered that she had her 15 month shots last week and they told us that there might be a delayed reaction to the MMR one.  So that might explain it.

Friday morning we woke to a surprise blizzard!  It was not forecasted. 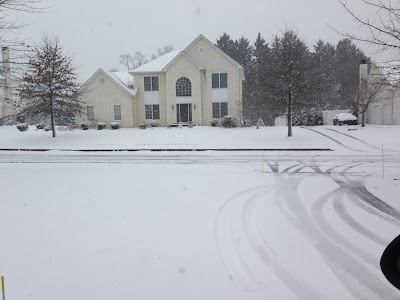 Saturday, Aden and I played Skylander's Giants.  We had one boss left to get rid of and all of our characters were dead.  Our options were to start over or get more characters.  I do have some hidden away as rewards for behavior but I couldn't stand the thought of starting over so... 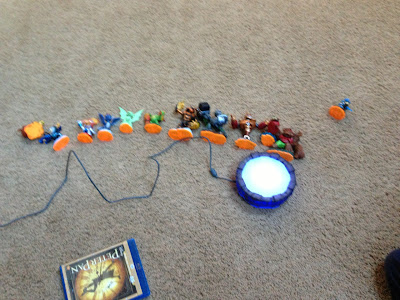 I was super nice and gave him more characters. 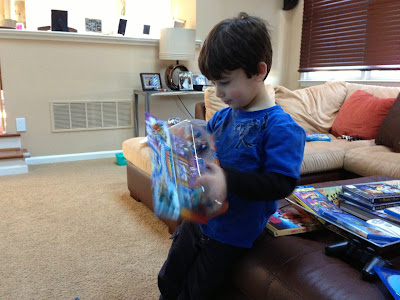 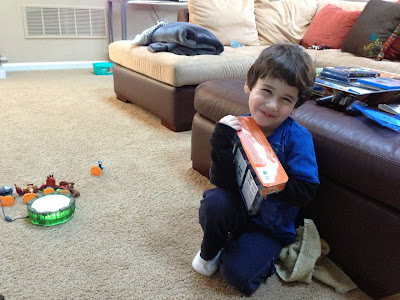 Saturday night we had dinner with my sister and grandmother at that fine dining establishment, the Olive Garden.  We sat right next to Rose's parents! 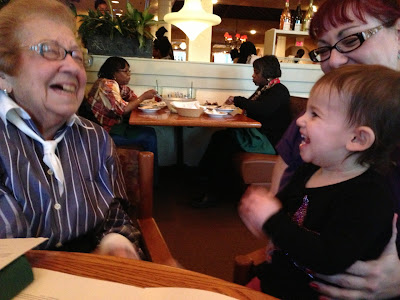 Ariel will no longer sit in her high chair.  She ran around until we stuck her next to Aden.  That she seemed to like. 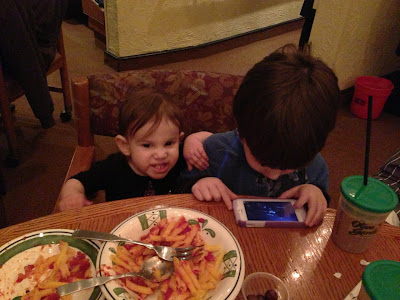 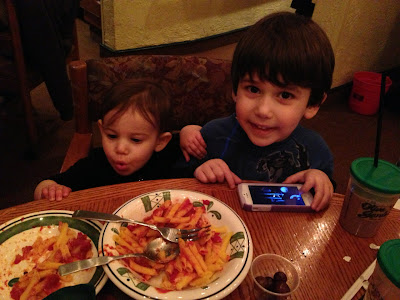 You can see Ariel is signing "more." 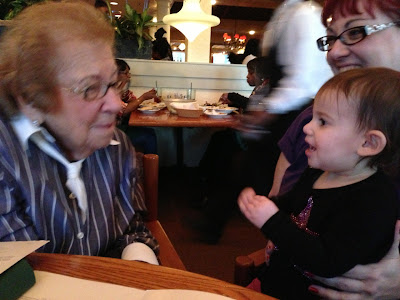 Sunday morning, we had a fundraiser for Aden's school at the Applebee's in Newtown. 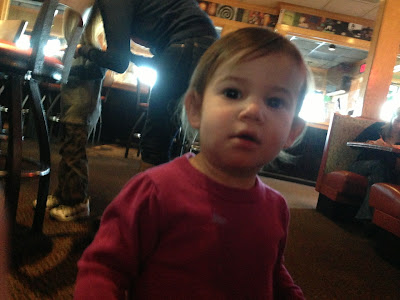 Aden and Ariel had fun with their friends. 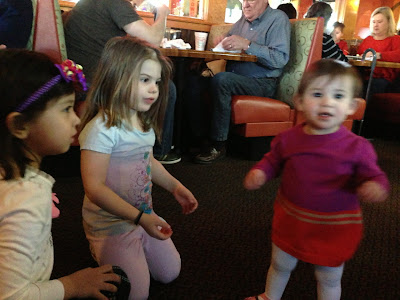 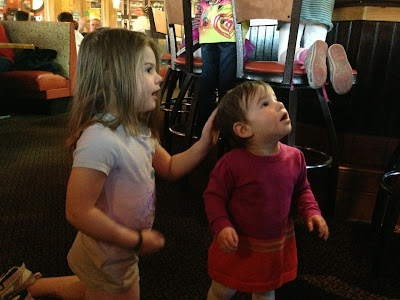 Then it was time for pancakes!  The teachers cooked them and they were yummy! 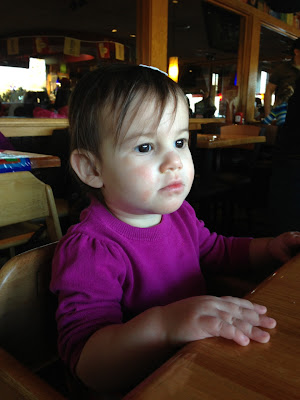 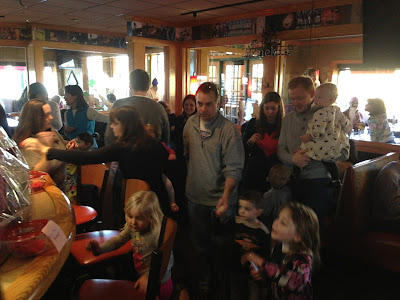 Aden really wanted to win that one. 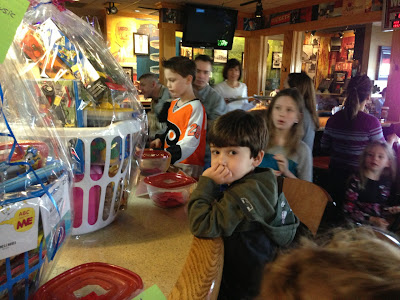 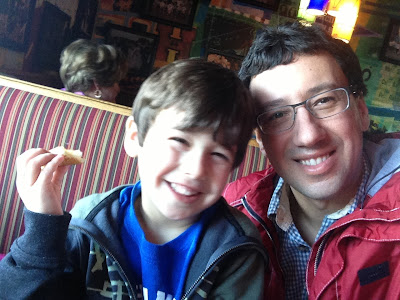 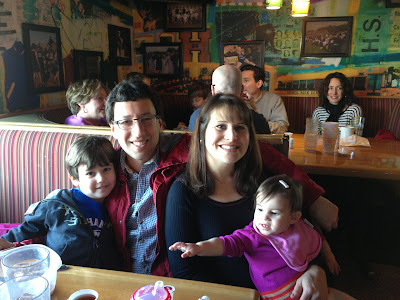 The winners were announced and they weren't us. 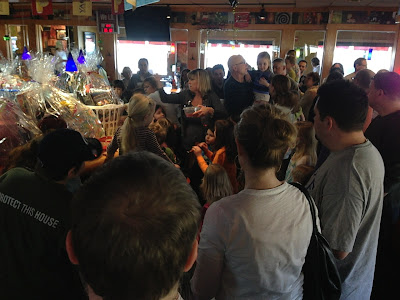 Aden's friend Brandon got the one he wanted. 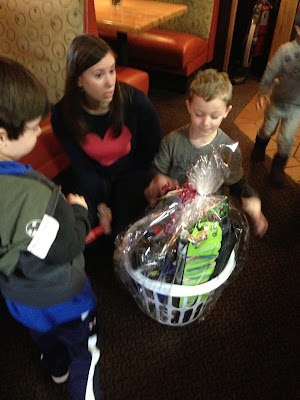 He was upset at first but then was a good sport about it. 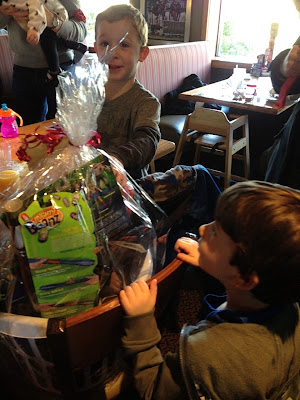