It's Thursday night and I'm rushing to post this so I can go upstairs and escape Amy and her Grey's Anatomy.  Is anyone else as annoyed by that show as me?  Last night was Aden's first t-ball practice!  It was a bit cold but we were all excited.  Aden is here modeling his first glove! 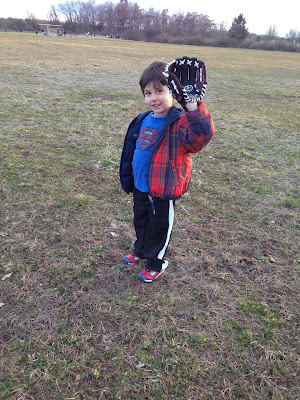 They play at Holland Middle School on the cold, muddy grass.  First they learned the positions. 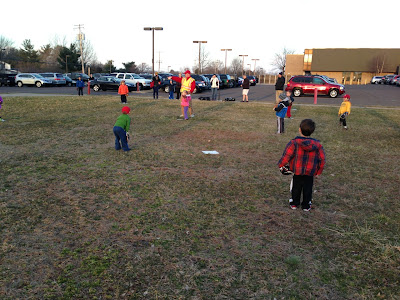 Then it was time to run the bases.  Yes, that's a girl leading off. 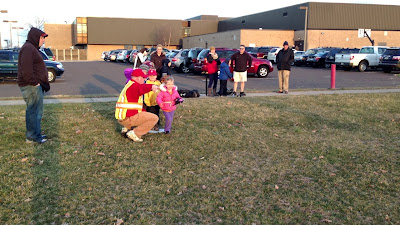 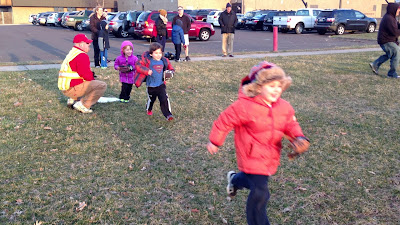 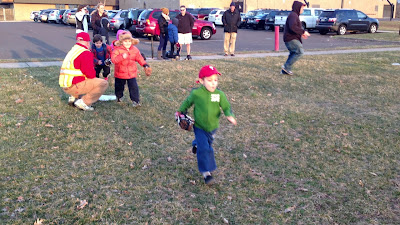 Go Aden!  They did this several times. 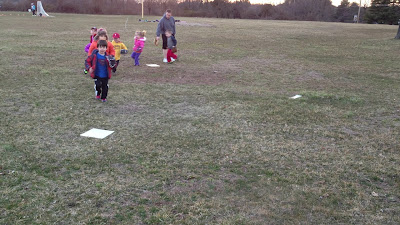 Then it was time to learn throwing and catching. 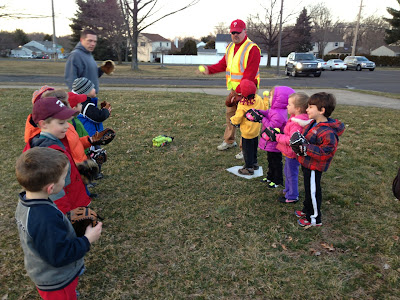 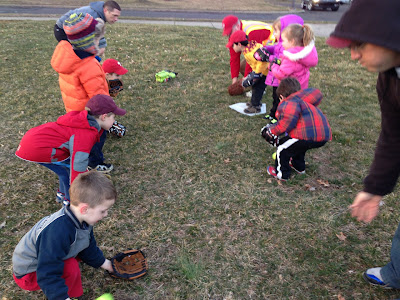 Aden had a really good time. 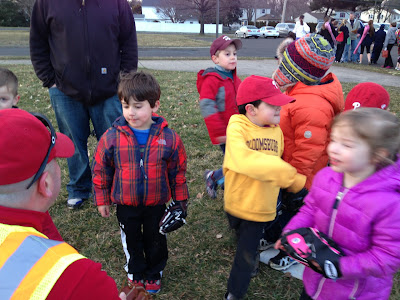 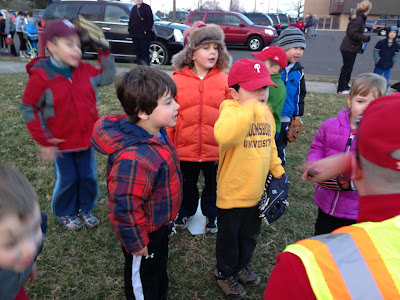 Aden was finally back at school.  I kind of missed the moment but McKenzie started a huge group hug. 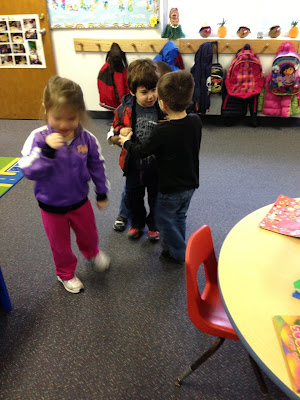 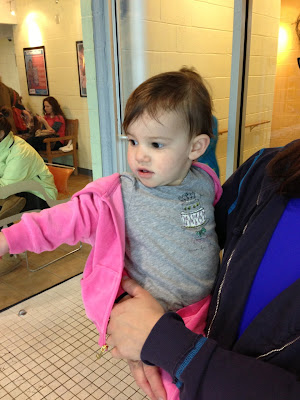 I still love watching him swim by himself. 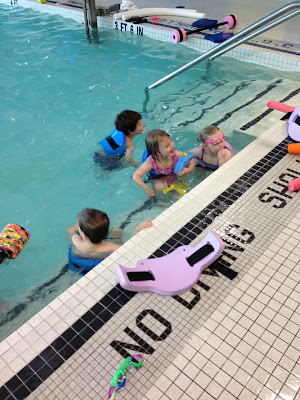 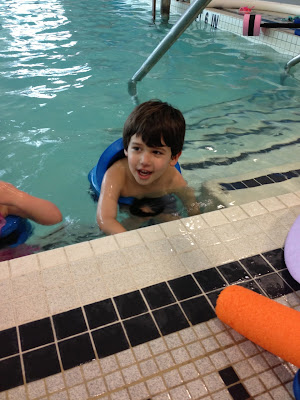 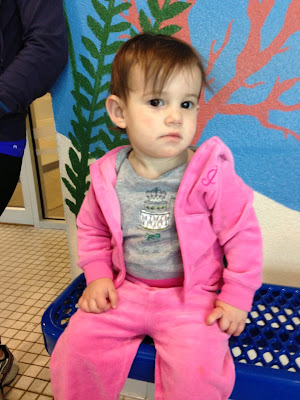 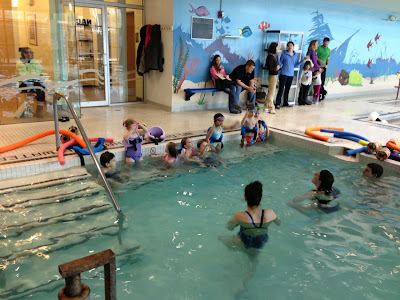 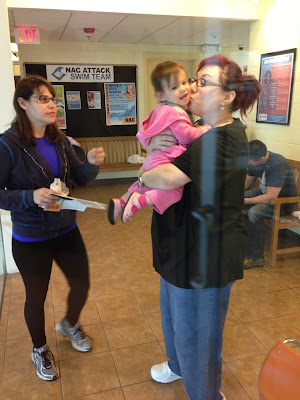 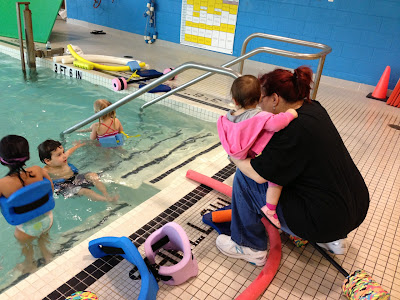 He jumped!  Usually he wants someone to catch him but not this time. 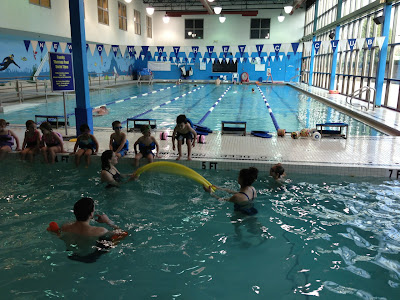 Chowing down on a rib! 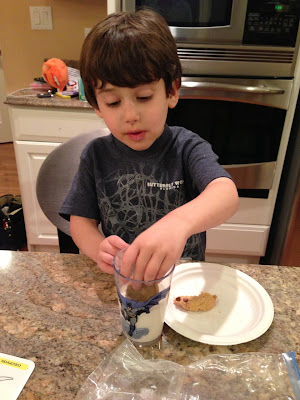 This was too funny to be mad at her. 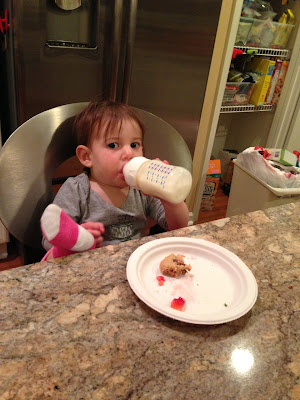 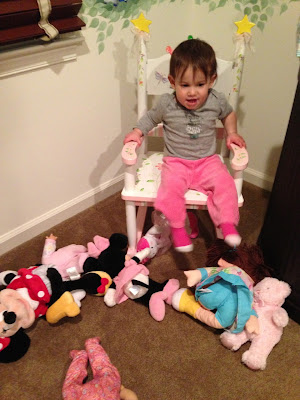