It's a rainy Mischief Night.  It's supposed to be a super rainy Halloween tomorrow.  I hope not.  Wow.  Halloween came quickly.  I guess we will be talking about Thanksgiving soon.  These are from a week ago Sunday.  I'm falling behind but I've been taking very few pictures during the week and now that football is done and cheer is almost done, I won't have many weekend pictures either.

Simchat Torah at synagogue.  They unwind the torah and rewind it back to the beginning . 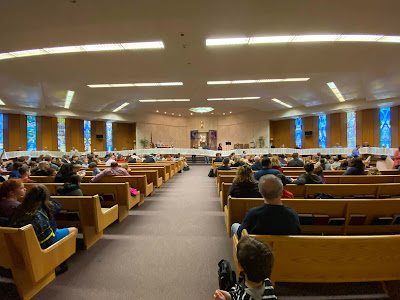 They had a mini carnival after.  They twins were disappointed there weren't any bounce houses.  They kept asking random people where they were! 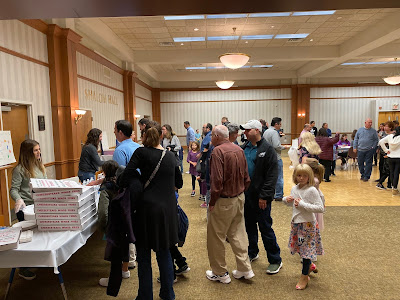 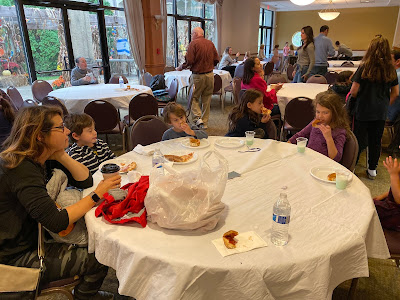 We did play some games. 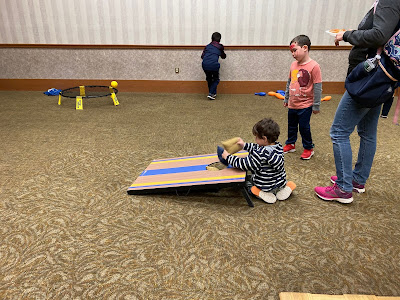 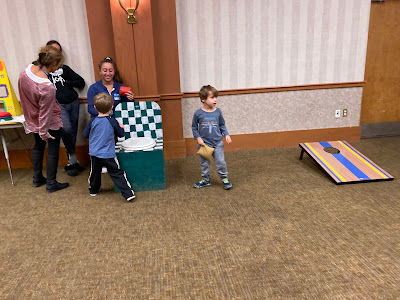 Eva and Gwen joined us. 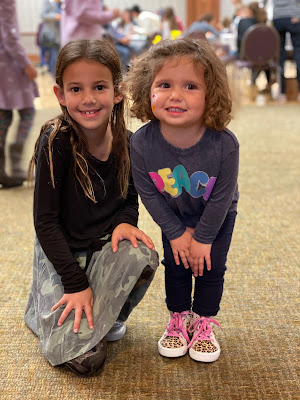 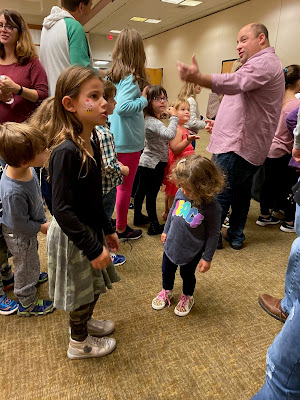 This poor kid had to make balloon animals for everyone. 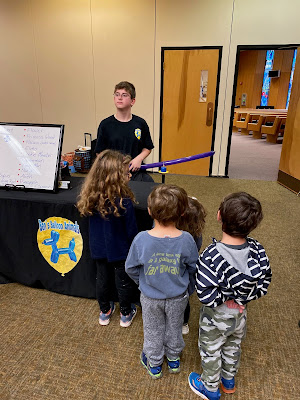 Of course most of the kids wanted the giant octopus which takes a while to make. 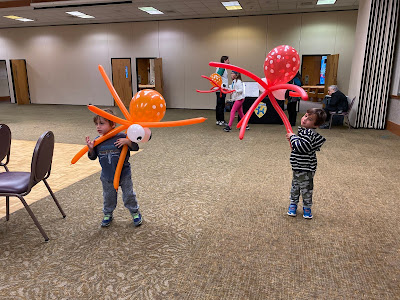 My parents and sister took Ariel to the Pennsylvania Ballet to see Don Quixote. 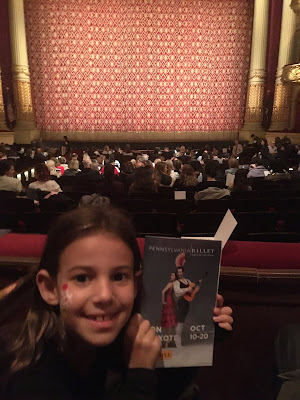 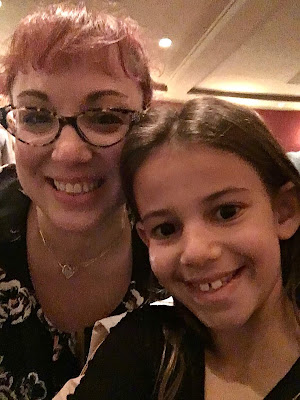 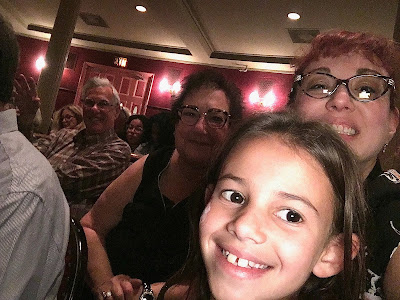 Ariel got to meet the dancers. 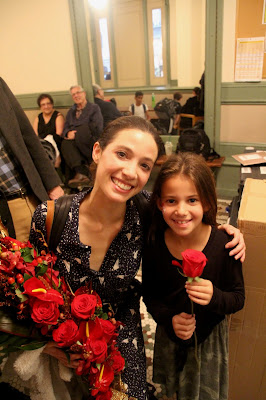 She also got a nice dinner in the city. 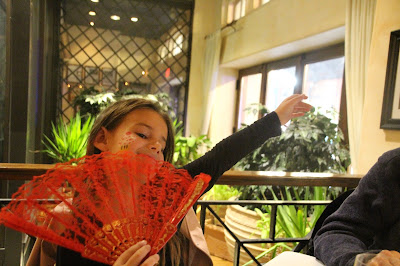