Just a quick post to finish off last weekend.  We flew in from Aruba on Saturday night.  We got the twins to sleep by 9.  I had to go to the market.  Friends of ours were having a party at a restaurant next to the market so I peaked my head in. 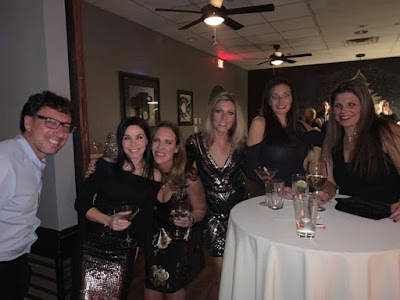 I met the parents of the girl that Aden likes.  They had no idea.  The girl didn't tell them anything.  They didn't know that Sydney told Aden she liked him and that Aden gave her a pocketbook for Hanukkah. 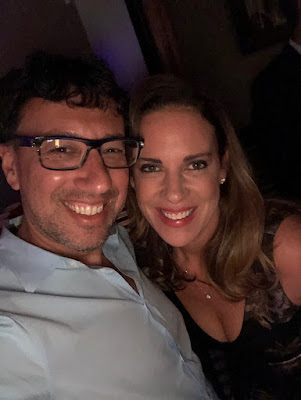 Looks like they were having fun.  It's really creepy being at the market that late. 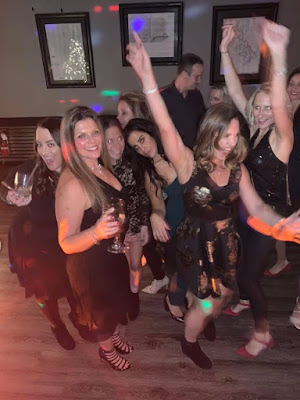 Sunday morning, I took the kids to Hebrew school.  One of the other grades may menorahs. 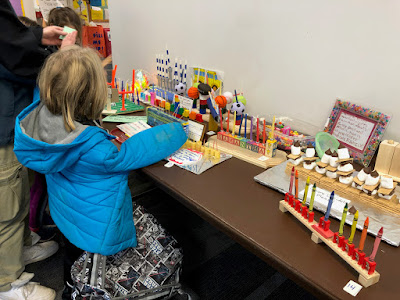 Ariel put in her vote for the best one. 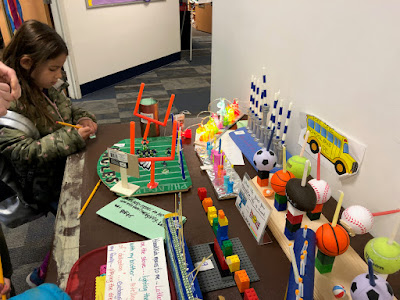 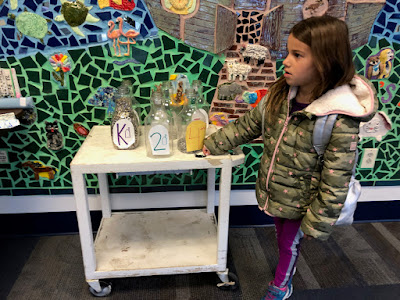 After Hebrew school, there was a Hanukkah Hop for the 4th, 5th and 6th graders.  There were no 5th graders going.  I told Sydney's parents that Aden would go if she went so there were 2 5th graders.  I don't know if they danced.  I know they talked a lot.  Amy went to pick him up and the music was still playing so Ariel jumped in. 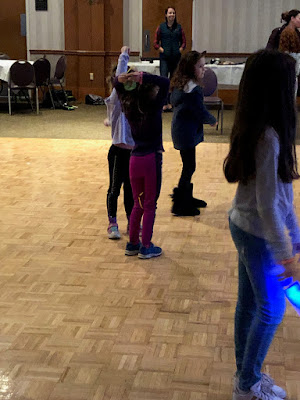 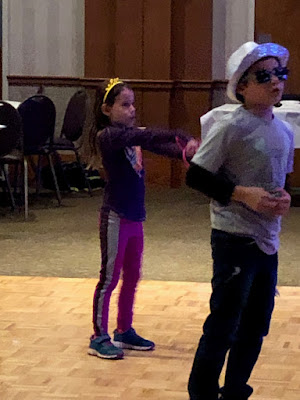 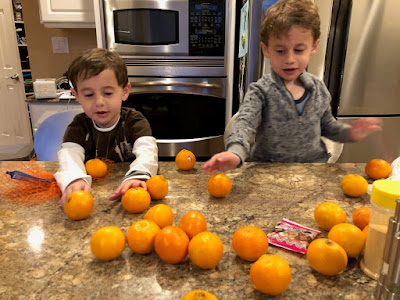 It was the last night of Hanukkah and we did have some presents for the kids. 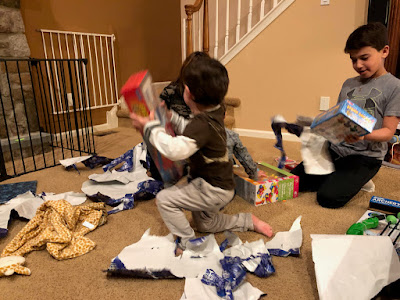 Not sure why Aden wanted a bow. 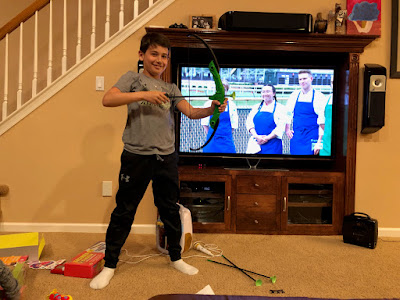 Ariel got a guitar for her American Girl Doll. 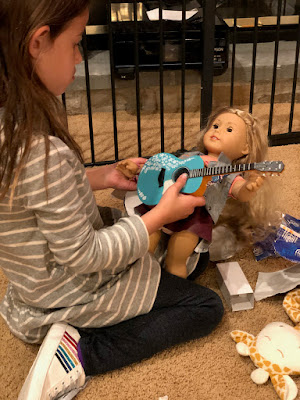 We went over Melissa's to celebrate Gwen's birthday.  We also lit the last candles for Hanukah. 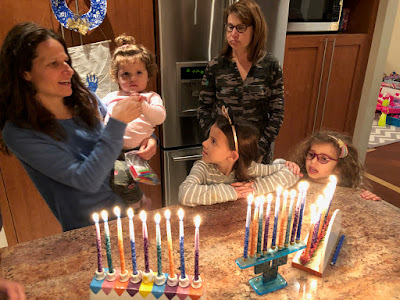 Mark's family was in from Pittsburgh. 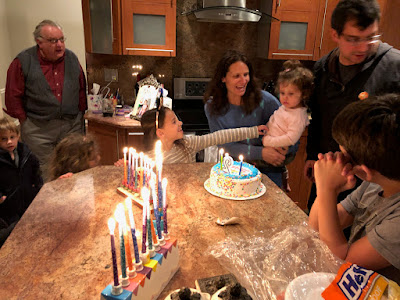 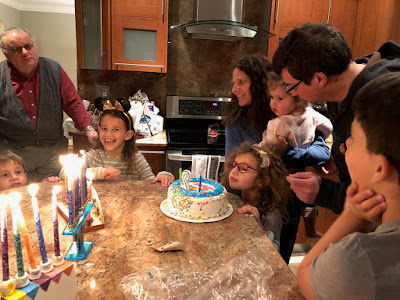 Amy made a great observation.  When the twins are home they do play but they also watch a lot of tv.  When they go to someone else's house, all they want to do is play.  New toys! 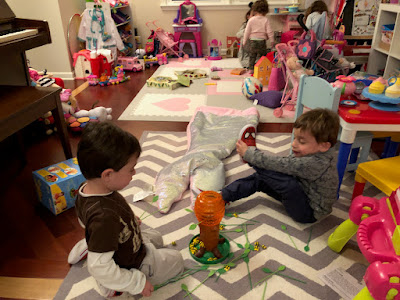