Tonight we returned to music class!  It's been way too long.  Ariel hasn't gone since early in the Summer.  The last time she saw Ms. Marilyn was Sammy's birthday party in September.  Ariel didn't miss a beat though, literally.  She had a great time!  It's getting late so I will post some videos on Thursday.

A quick shot of Eva from lunch today.  She slept the whole time and I didn't get to play. :-( 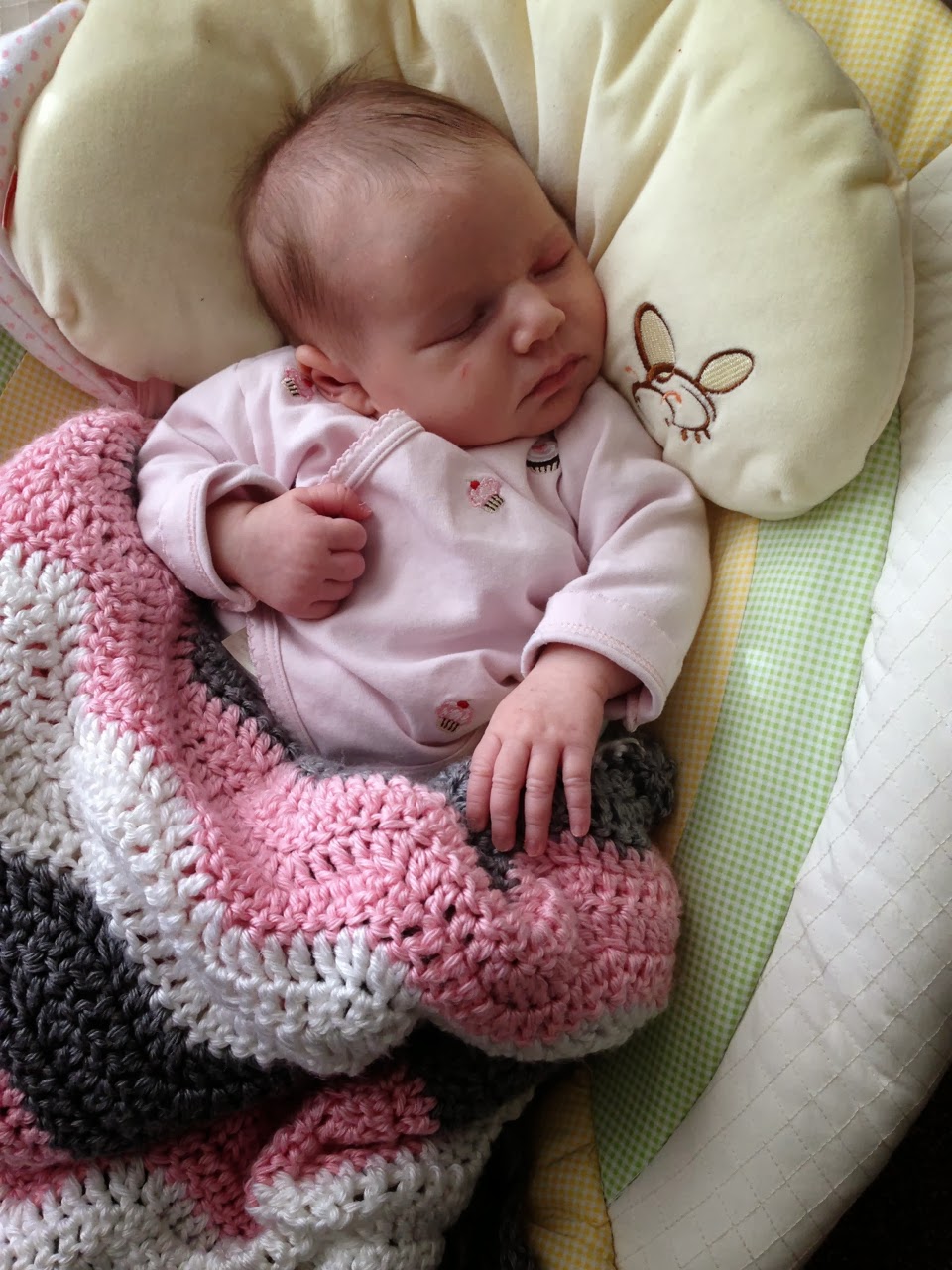 Back to the Yardley Fire Station. 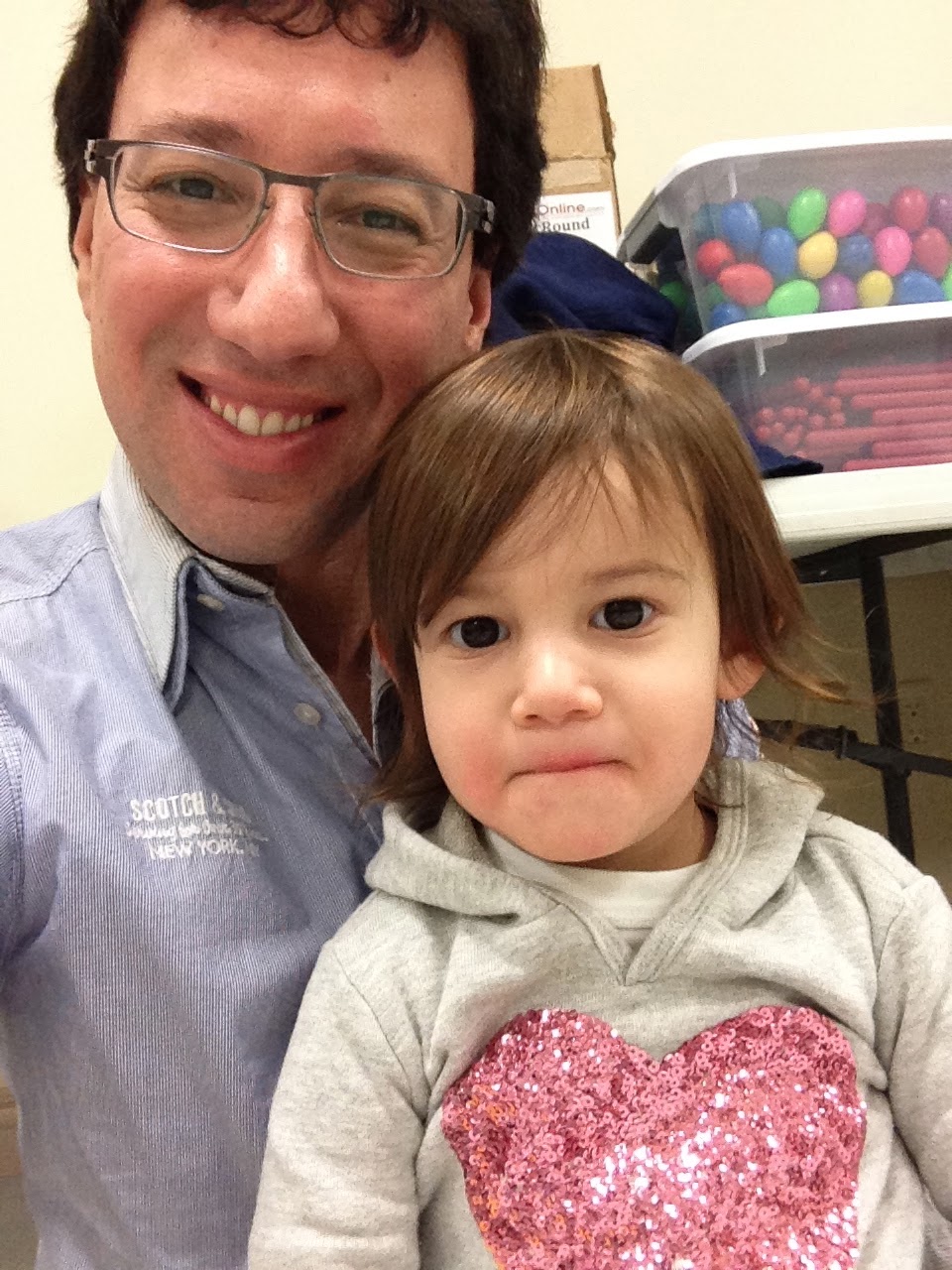 Didn't know who would be there.  Ariel found friends though, Austin and Alex!  The twins from her school. 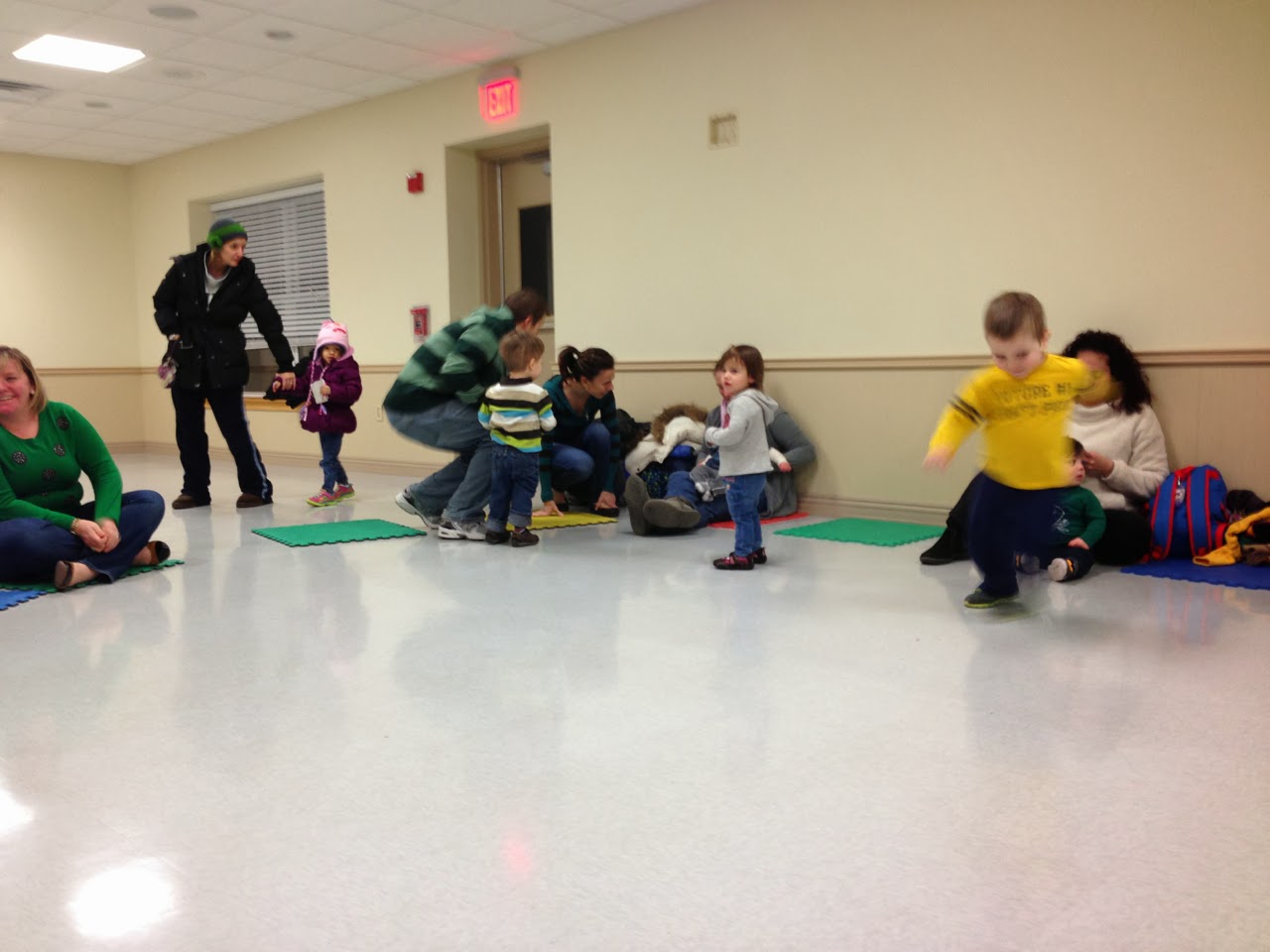 At first she just stared. 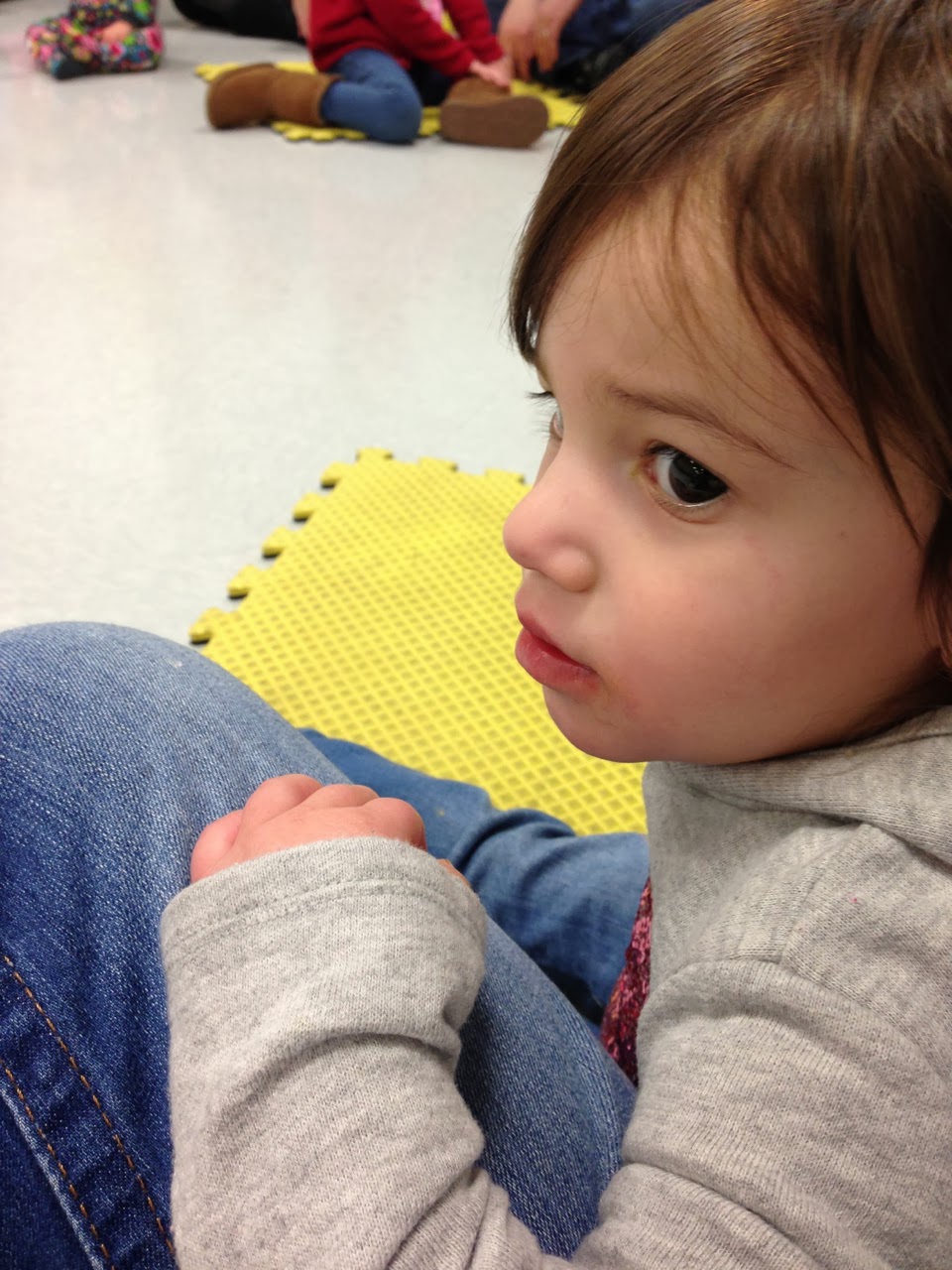 Who is that crazy woman in red? 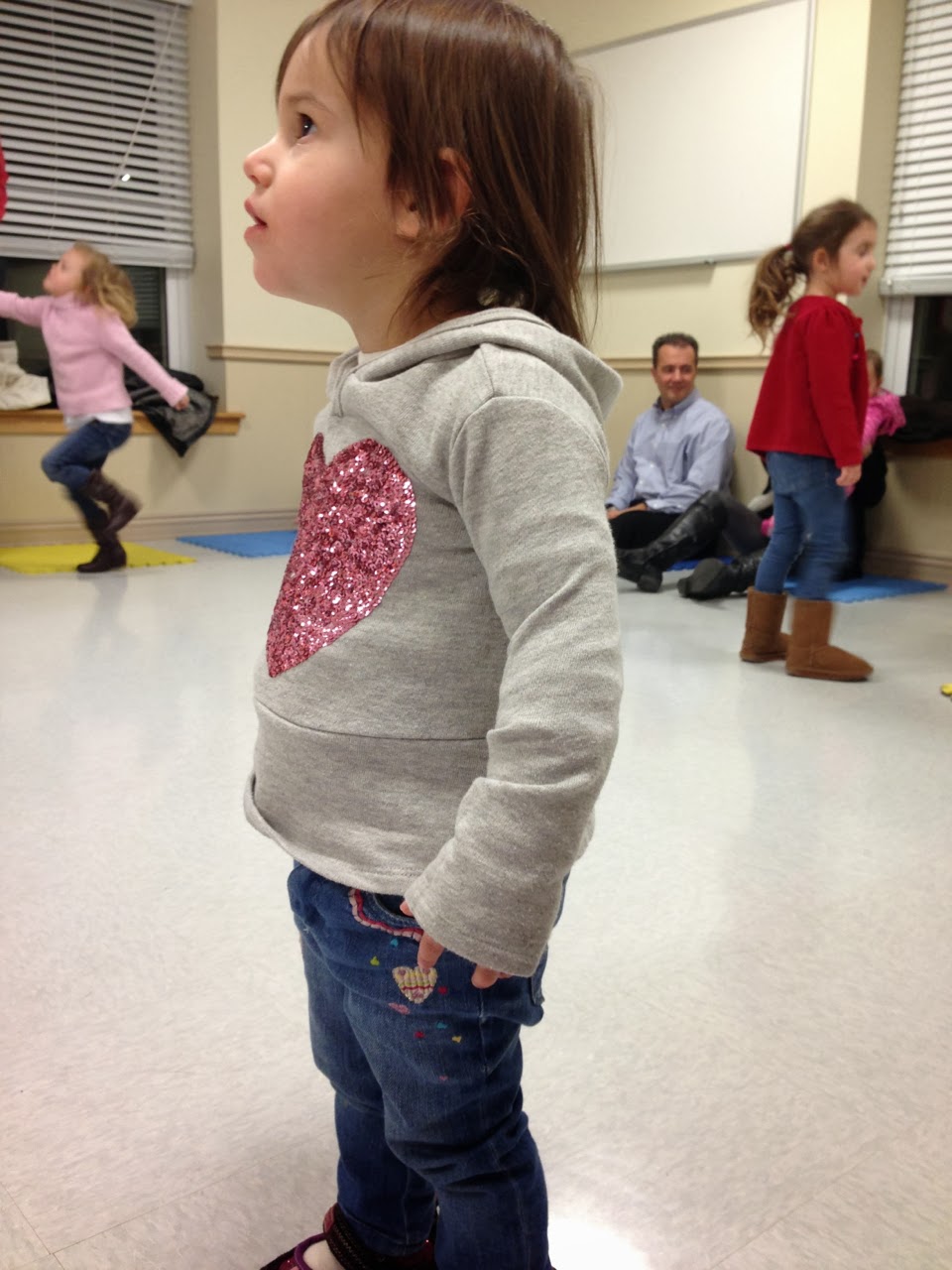 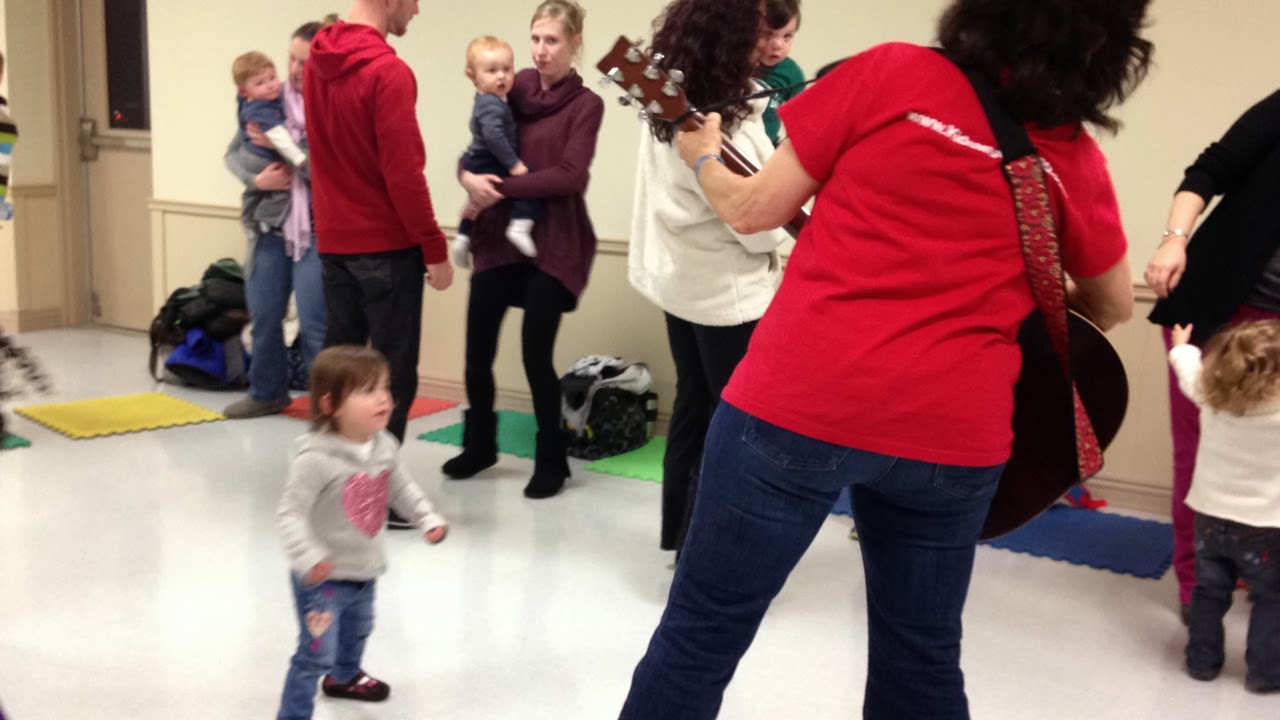 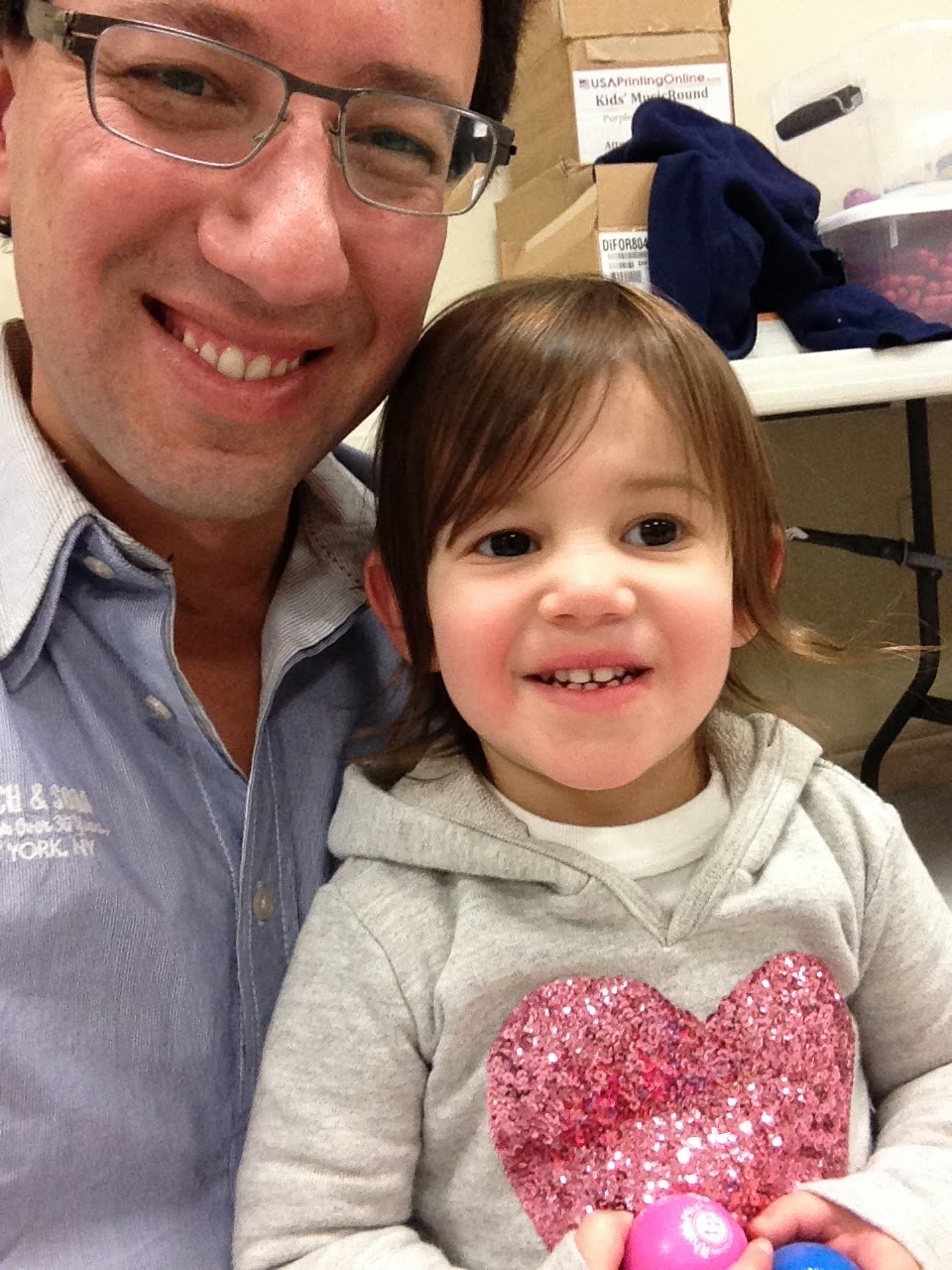 Ariel's favorite place, on the lap. 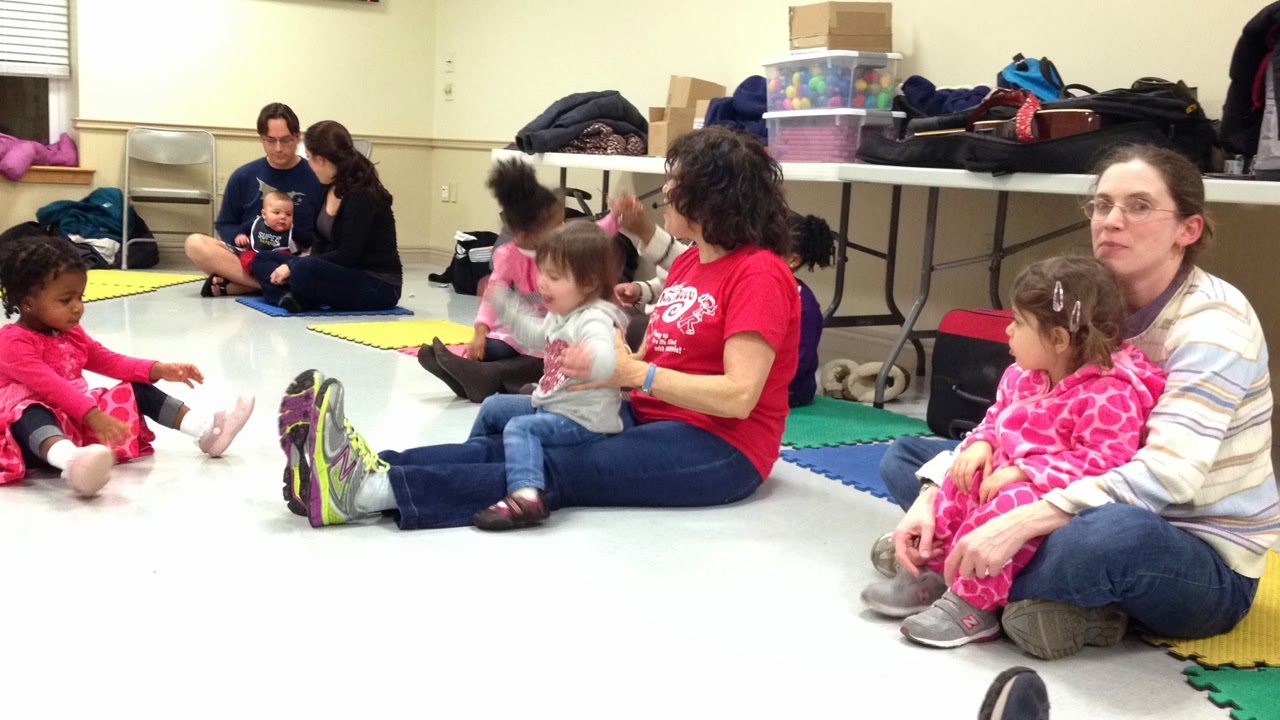 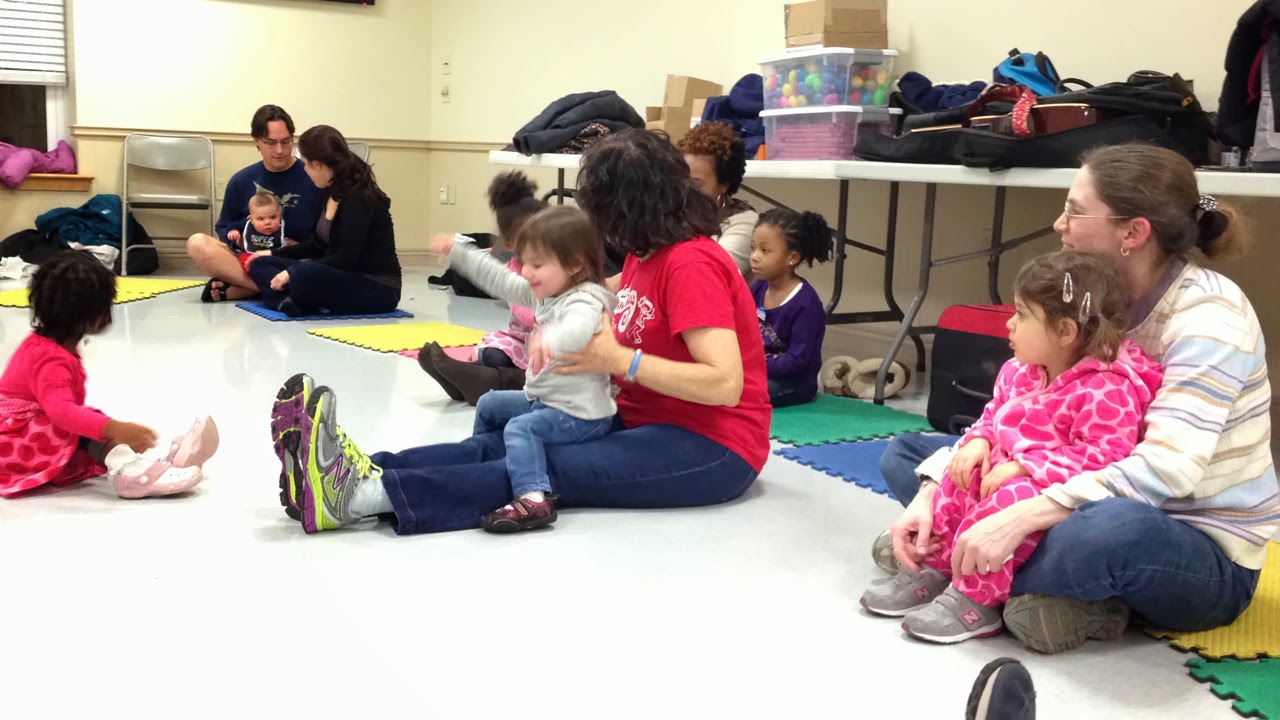 She was great at following the moves. 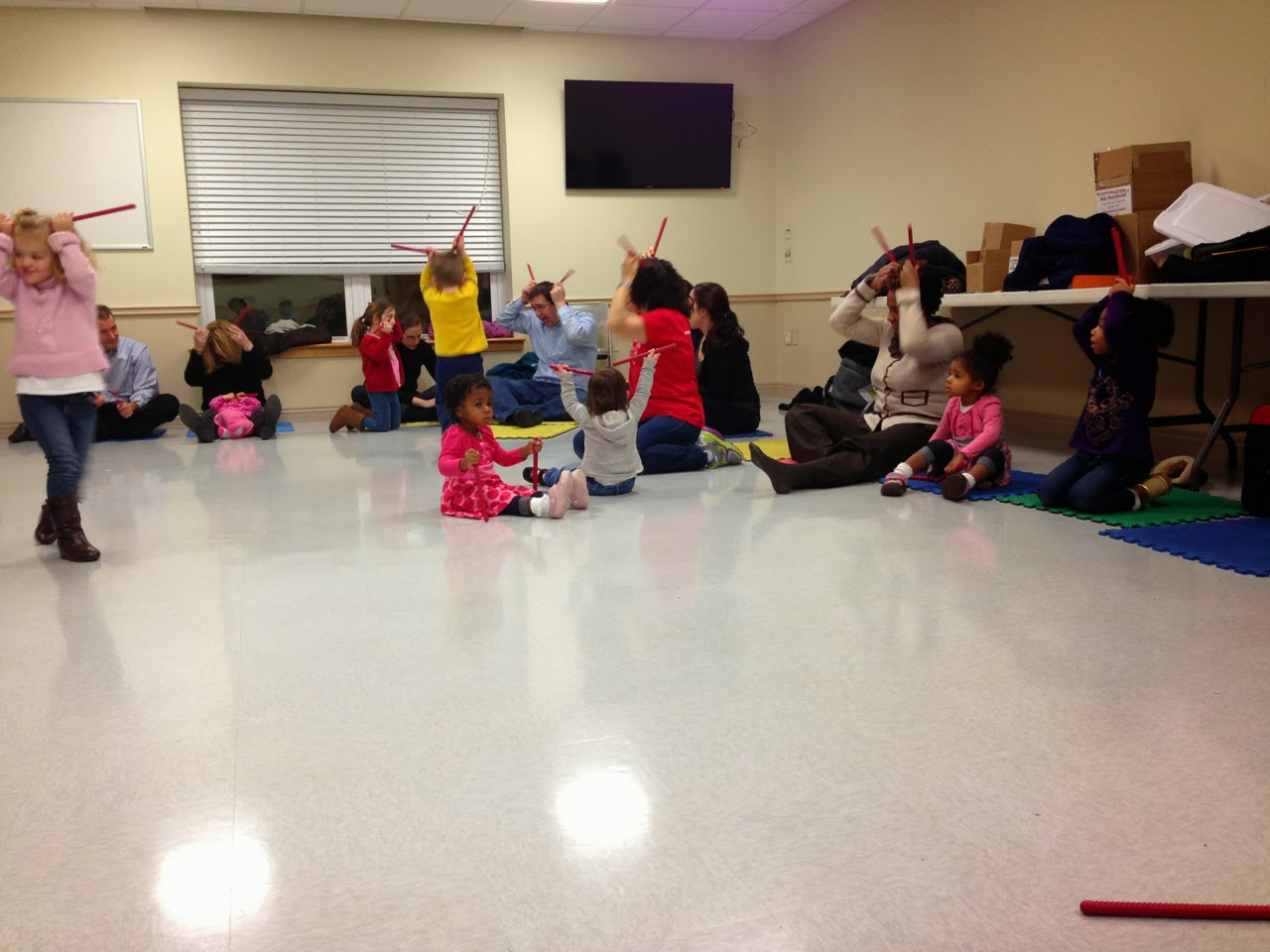 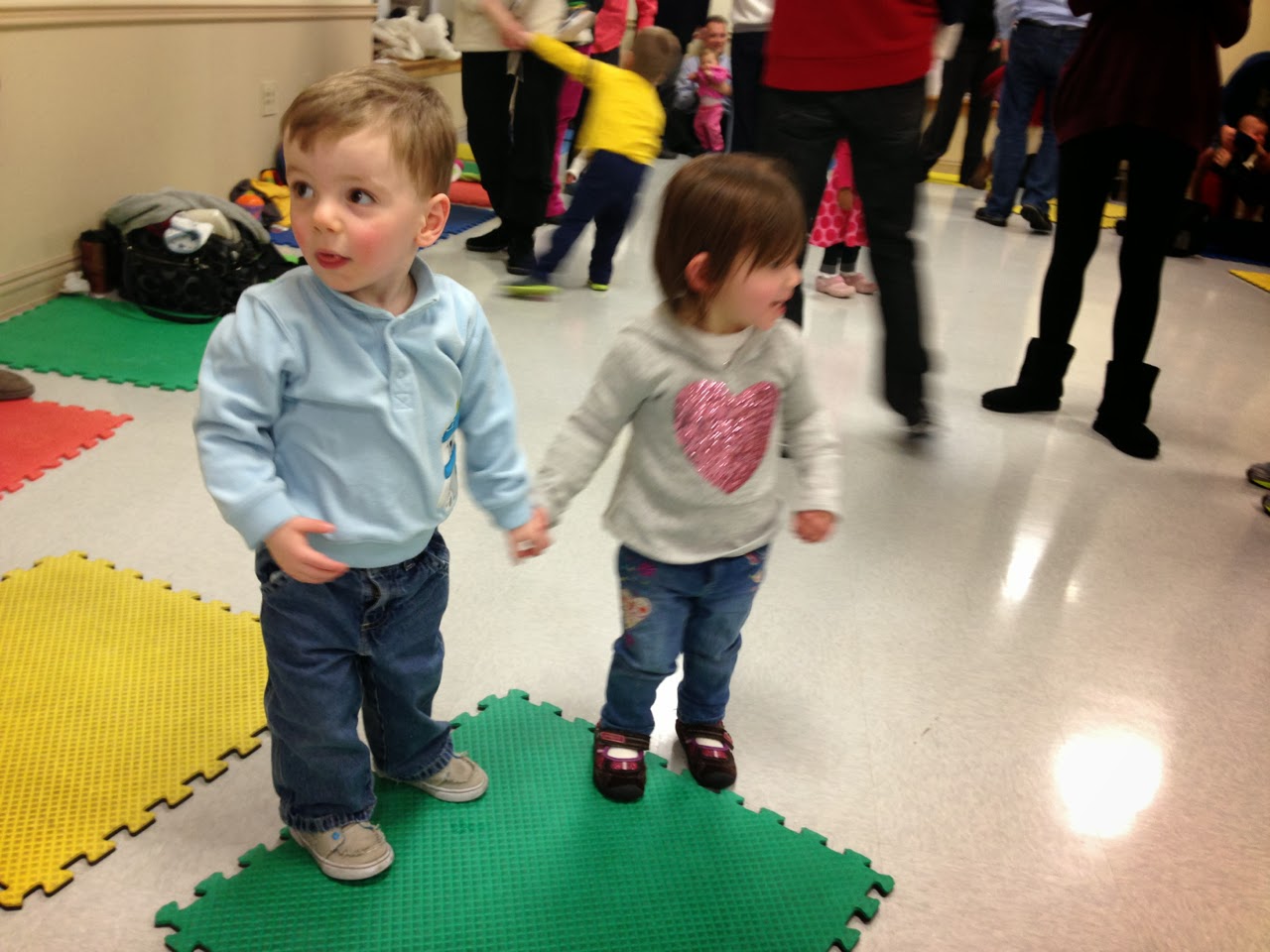 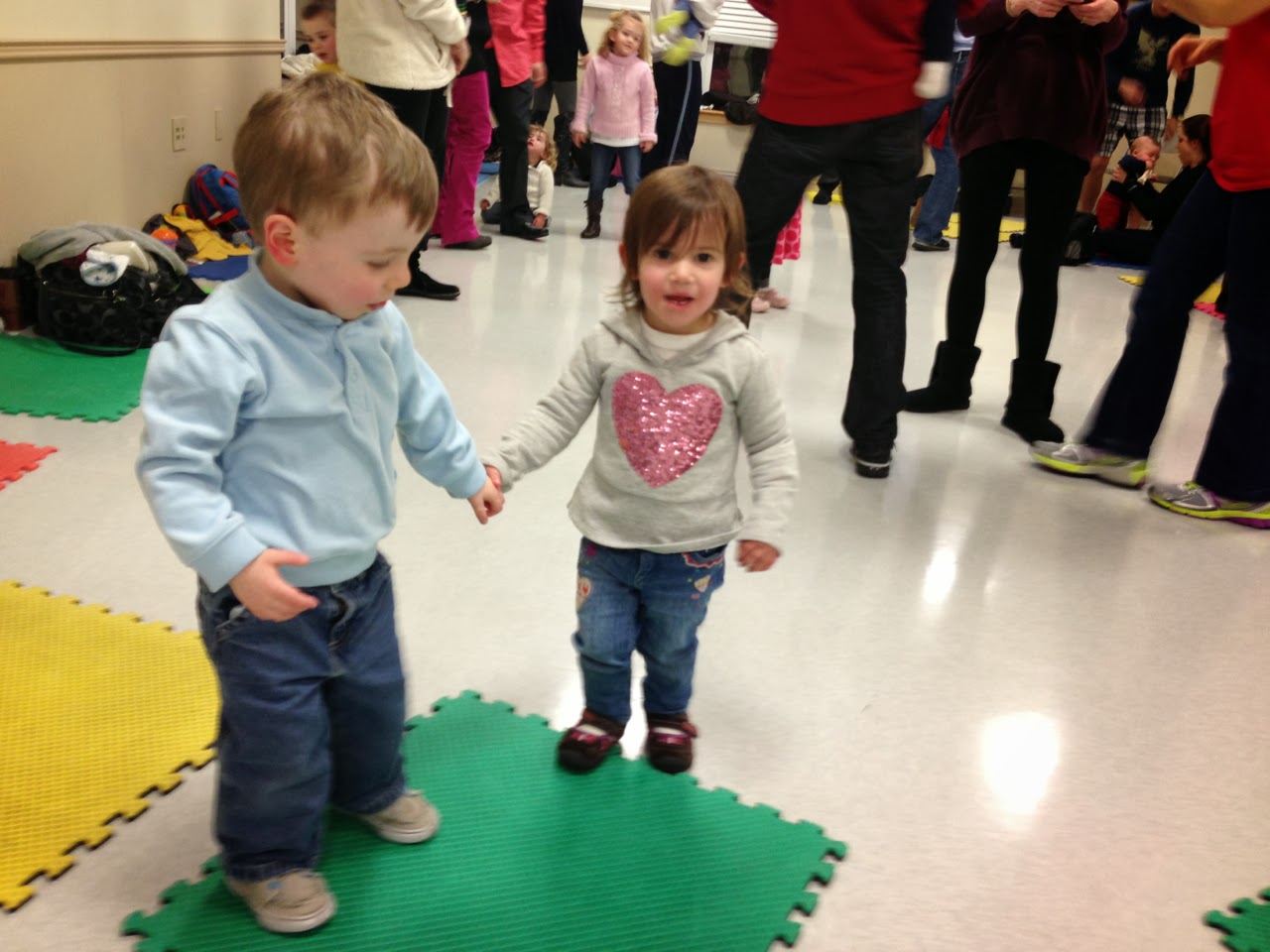 The giant bag of instruments is probably where all the colds spread!  There were some kids coughing there.  What were the parents thinking? 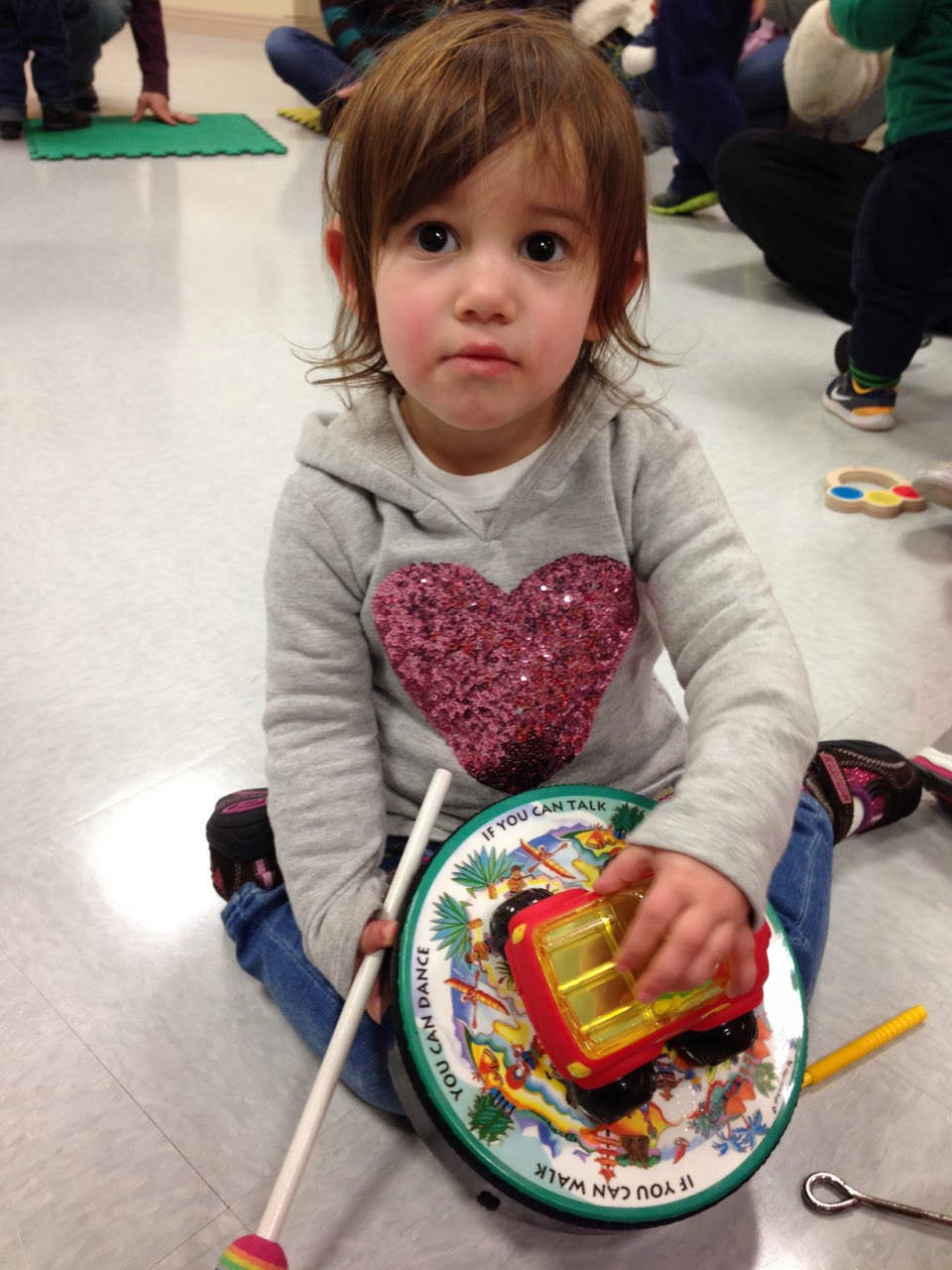 It is a late class and she definitely got tired.