It's Wednesday night.  Having a hard time getting the babies to bed. They have been sleeping through the night so we aren't complaining yet.  Back to last Thursday.  They were forecasting 8"-12" of snow so school and work were cancelled on Wednesday. Of course we woke up to less than 4".  We probably could have had a regular day. 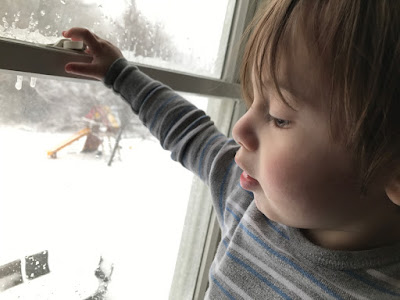 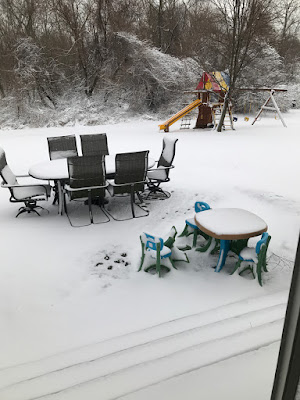 Being snowed in, sort of, calls for banana foster waffles!  It's hard to tell here but they are on fire!  I found some rum in the garage.  Yum. 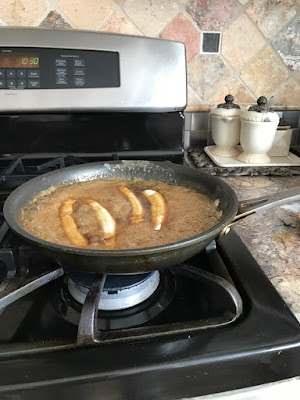 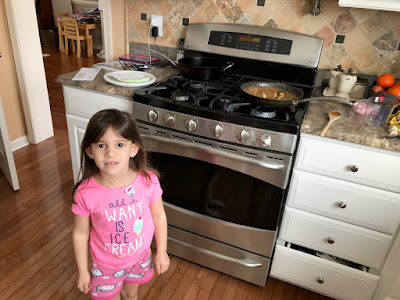 It can out really good.  No one else seemed to care about it so I had plenty leftover to put over ice cream before bed! 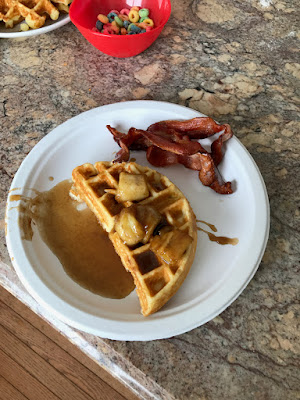 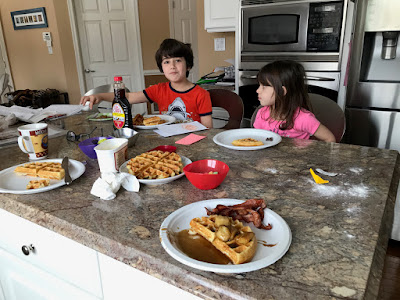 Noah did this with the chairs. 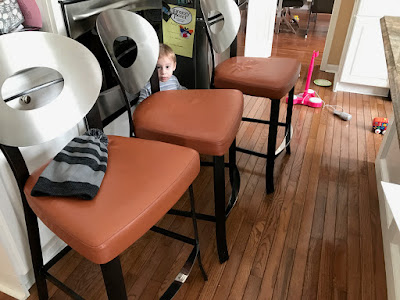 Ben and Jason came to get Aden to play. 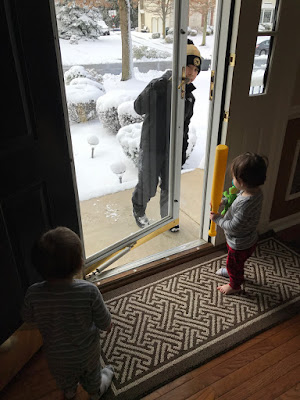 They were outside for a while before Ariel got me to come out.  It was super cold and windy.  I didn't last very long. 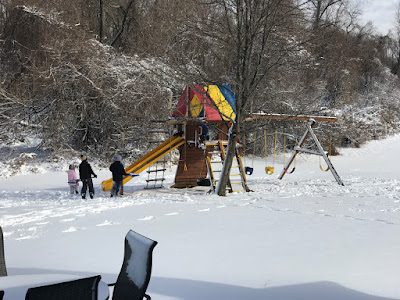 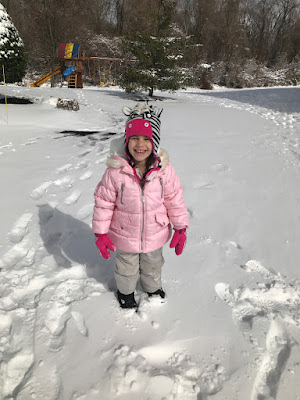 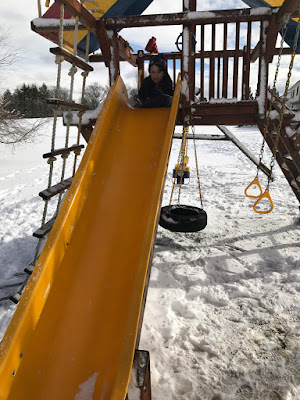 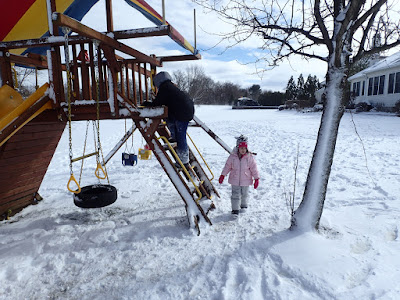 They were piling up snow in front of the slide and sliding into it. 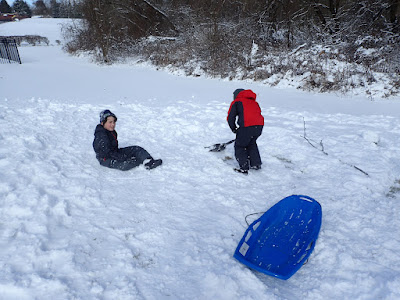 Ade was outside most of the day.  It's crazy who kids just don't feel the cold. 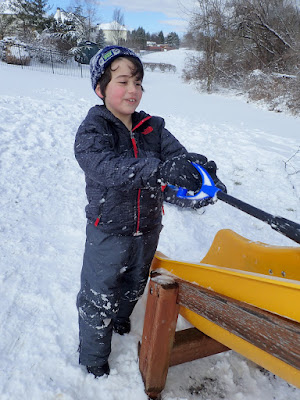 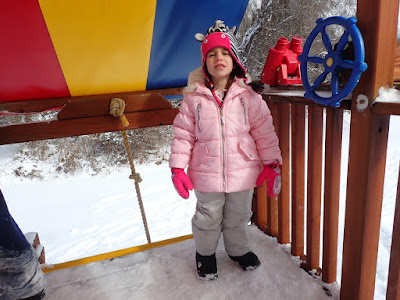 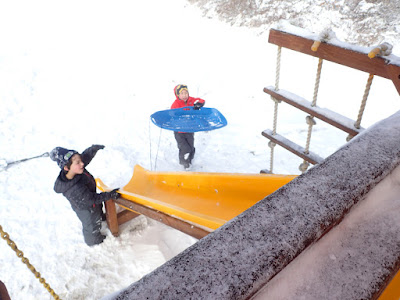 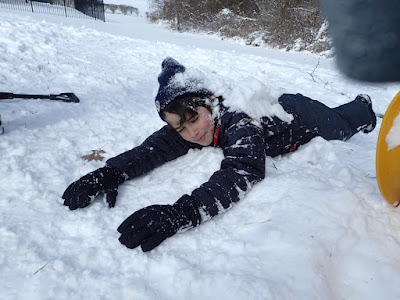 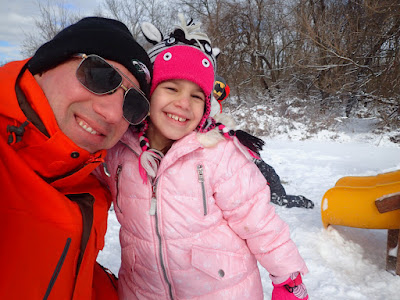 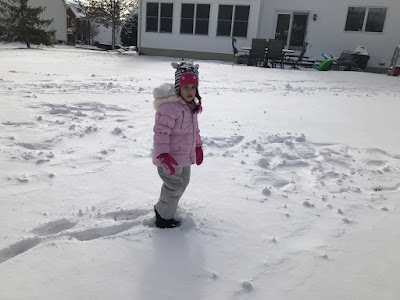 The babies went a little crazy being inside all day. 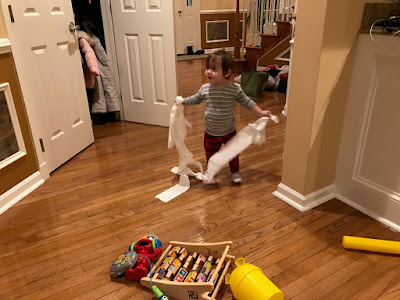 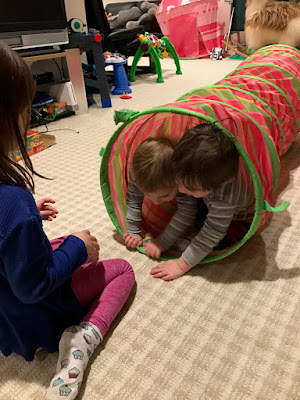 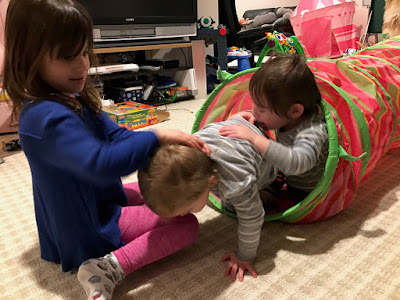 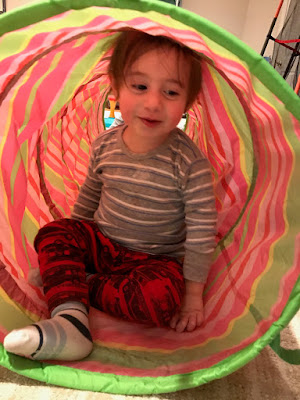 Probably not the best idea to leave a ladder around. 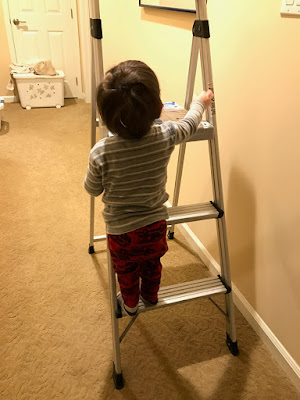 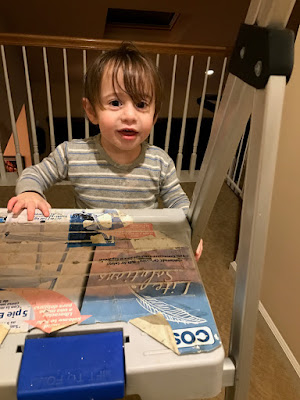 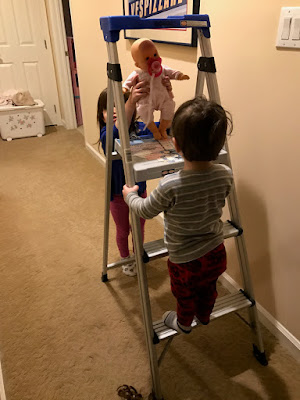 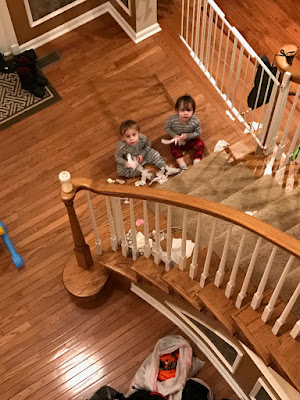 Ariel class had to draw a picture of a dream and write about it. 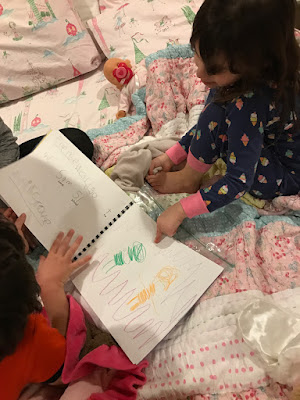 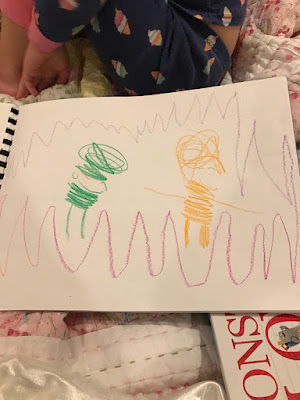 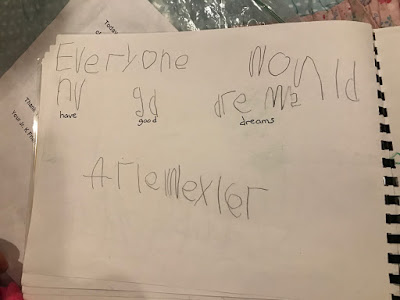