So 5:00 this morning we wake to a blood curdling scream.  We run into Aden's room and he's on his belly yelling as loud as he can.  We fed him and put him back, hoping he would fall back asleep and he immediately flipped over.  We just took him into our bed and played with him until I left.  I guess he is going to be sleeping on his belly and there is nothing much we can do about it.
Last night, we met my sister and granmother at Maggios for dinner. 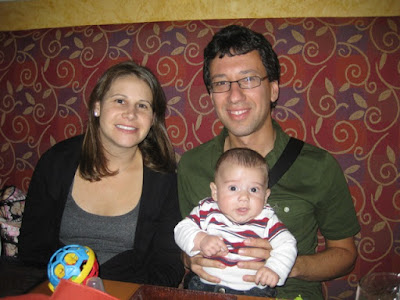 Aden is such a big boy, sitting by himself!  He was looking at everything. 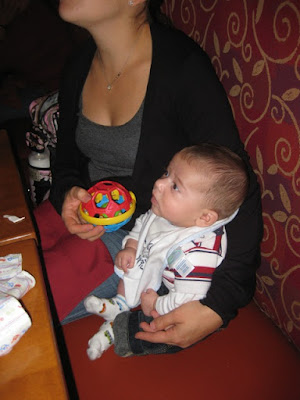 Aunt Bev loves to play with him. 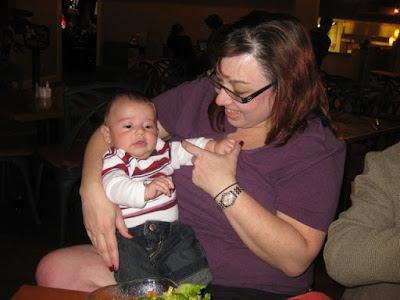 For some reason, he was staring at the ribs.  We tried to put bread in his hand to see if he would hold, but he wouldn't.  We then drove back into the City and attempted to clean as we might be having company tonight. 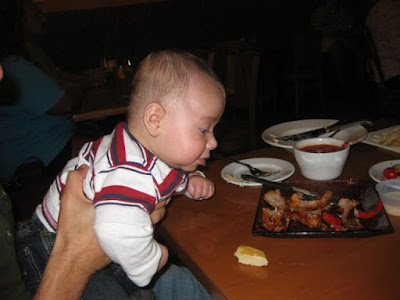