It's Thursday night again!  Only 2 Thursdays more before Labor Day.  Isn't August supposed to be warm?  It got down to the 50's last night and only got into the 70's today!  Maybe Summer will finally start in September!  Friday is the last day of camp.  Anyone want to take the kids for 2 weeks?

Ariel still trying to get in the car to go to camp! 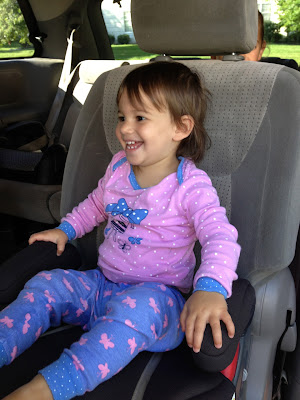 I brought her back Melissa's cupcakes from New York.  They are tiny! 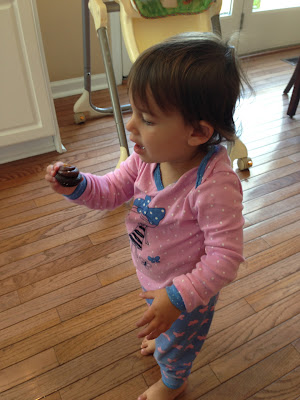 Abby was at camp and sent this picture to us.  Aden and Jared look cute here. 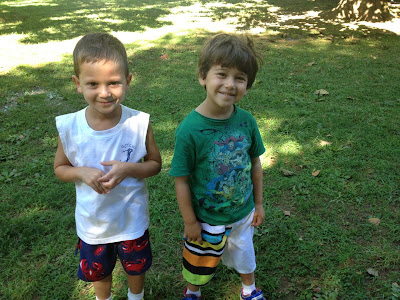 Cruising in her Escalade. 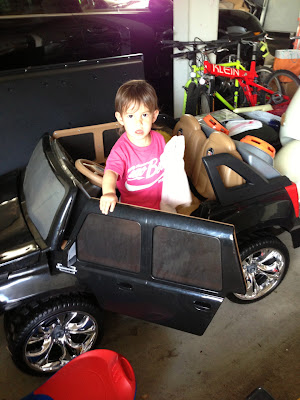 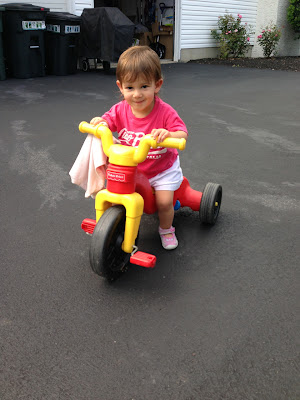 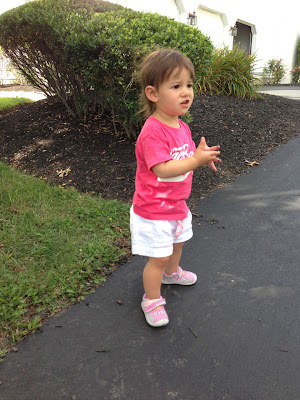 Aden wanted to tell his driver a secret.  That he loves camp! 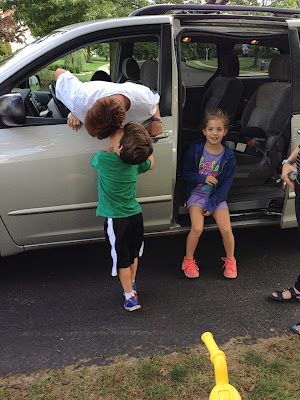 Aden's friend Joseph and his parent's came over for dinner.  Aden was next door.  The kid's all shook Joseph's hand.  It was cute. 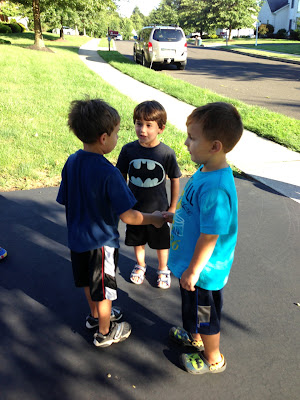 I think Joseph was more excited to play with Ariel. 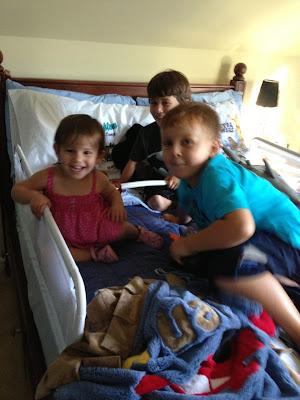 She followed them around and did everything they did. 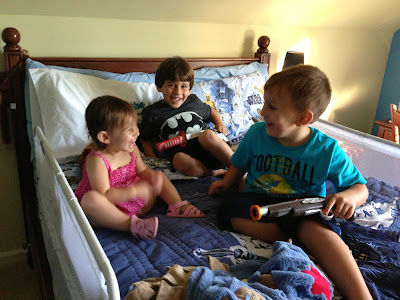 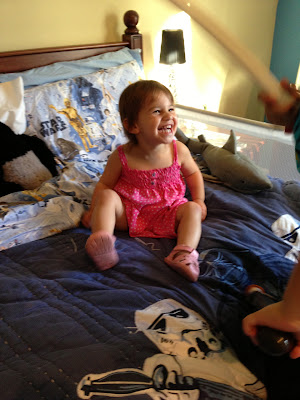 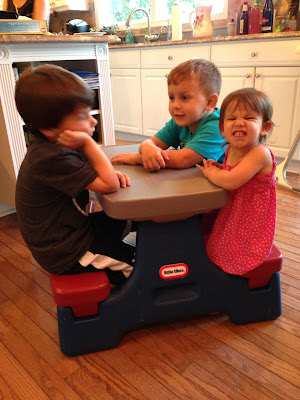 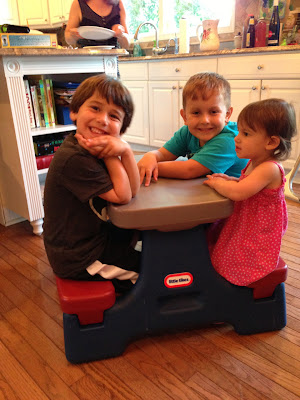 It was a nice night to play outside except for all the mosquitos! 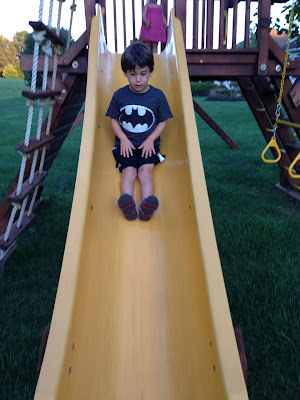 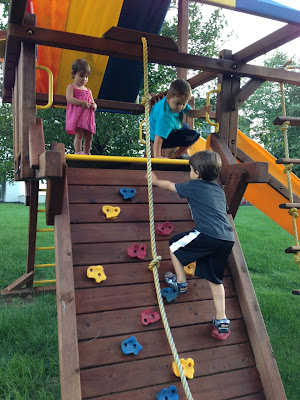 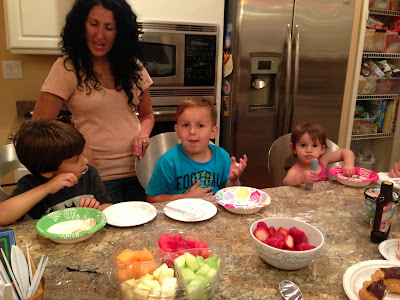 Maura stopped by to say goodbye before she leaves for college tomorrow. 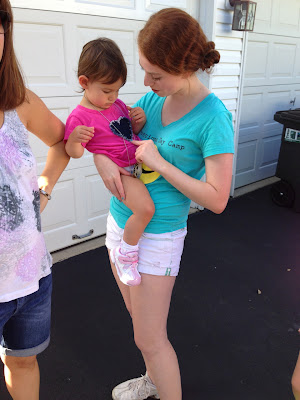 We will all miss her. 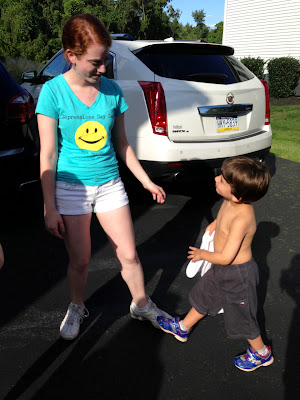 Tonight we had Jared's birthday party at Monster Mini Golf. 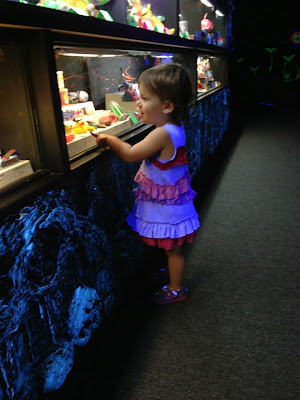 I thought this was a cool shot. 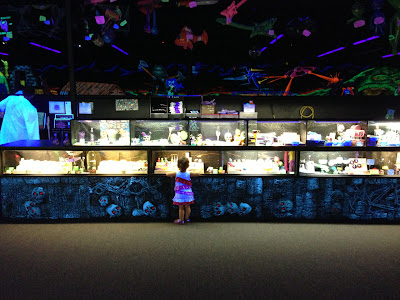 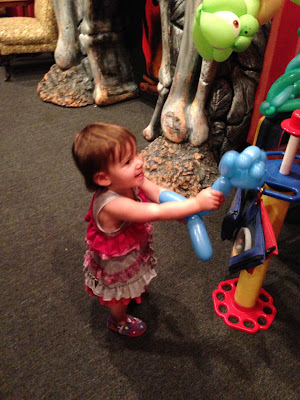 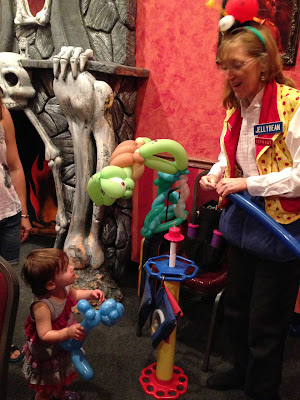 Amanda and Jordan are back from overnight camp.  They had a great time. 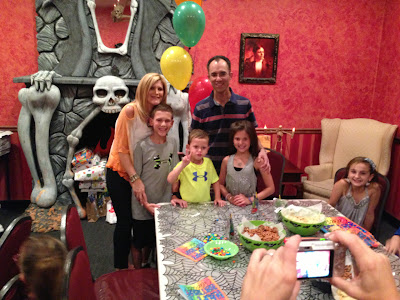 It was hard to take pictures in the dark.  Ariel was smacking that ball around. 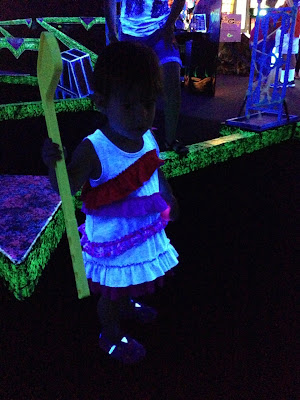 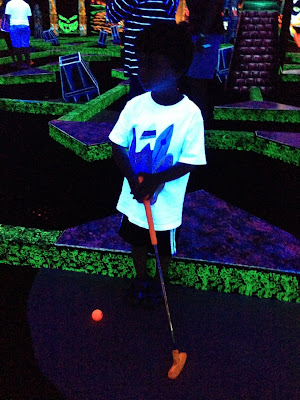 Of course they prefer the video games. 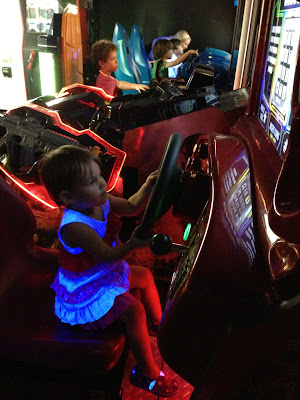