Time to Lower the Cribs

It's Monday night.  Almost 10.  All the kids are asleep except for Aden.  Not really sure why.  Today was a little exciting in baby development world.  Noah finally got a second tooth!  And even bigger, Eli started to sit up on his own.  Noah has been doing that for over a month and we were getting concerned about Eli but it's all he did today!  He smiled every time.  So proud of himself.  But this leads us to the next problem.  Both babies are now sitting up in their cribs.  Time to lower them!  Amy sent me this picture today during nap time.  That's Eli on the right.  You can just make out Noah's head on the left. 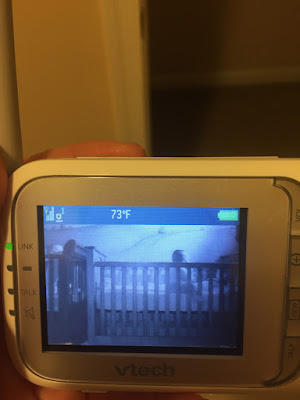 Back to pre-Christmas.  We went to our neighbor's party.  They had the biggest tree we have every seen!  Some really cool ornaments too. 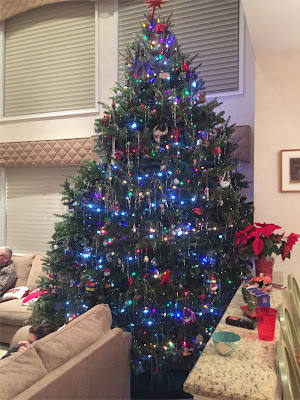 We had a great time eating and drinking and ended up shutting the party down after 12:30! 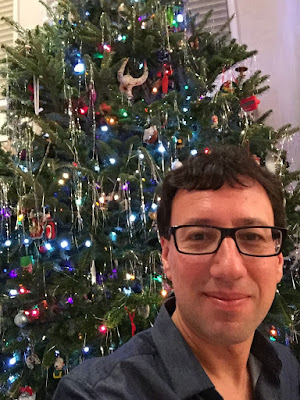 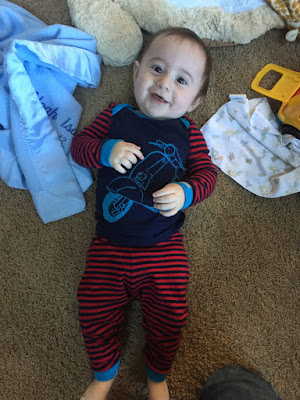 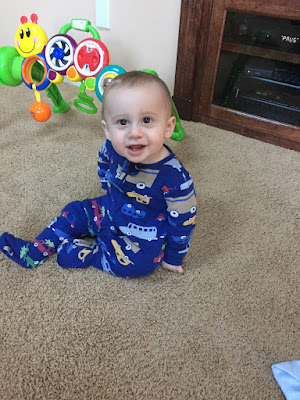 Still with the skirts. 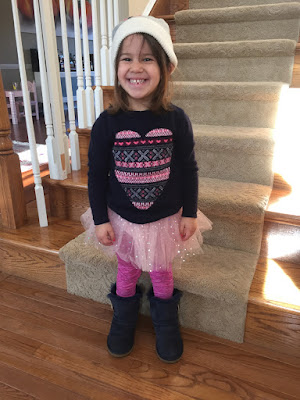 We tried out the new 59 Almshouse in Richboro. I guess she didn't want to sit with us. 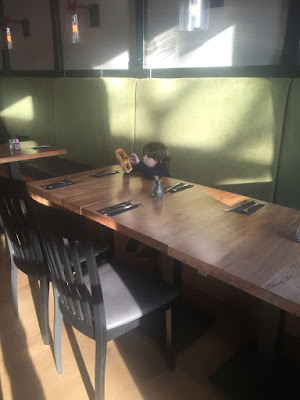 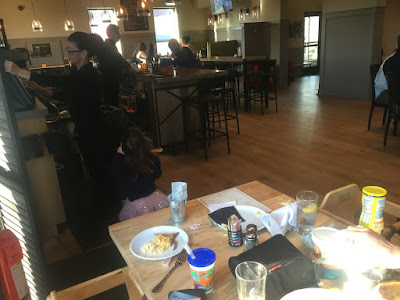 Dinner at my parents.  Bev cooked the food!  She made very good Chinese noodles. 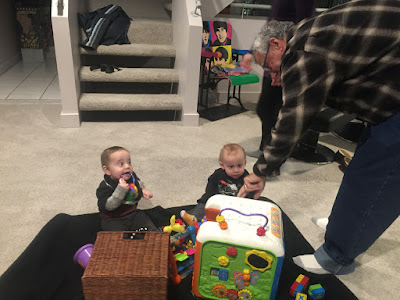 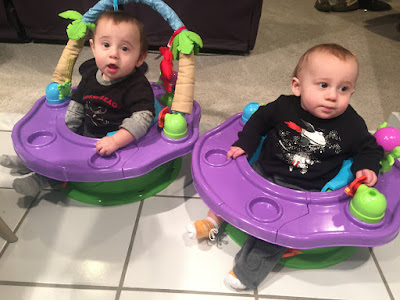 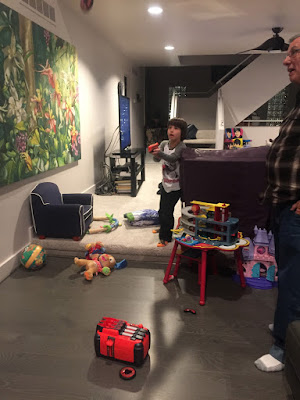 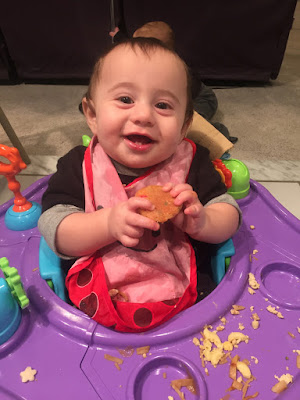 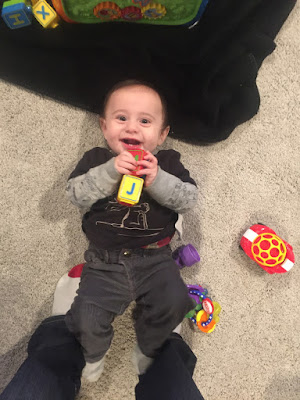 Keep that camera away from me! 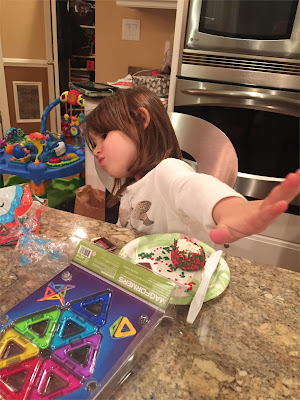 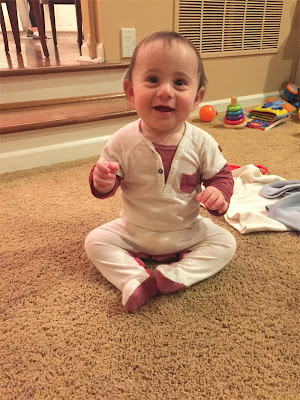 Aden has been a walker all year but I had to pick him up in the rain.  We both hate car pick up because we all have to wait in line for so long. 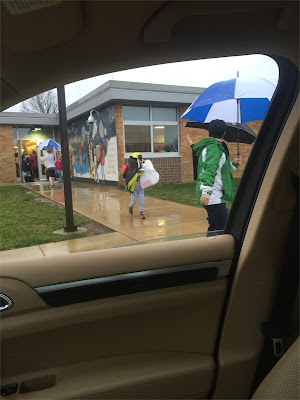 I went to get Ariel and she was playing with Dylan.  This was it for the break. 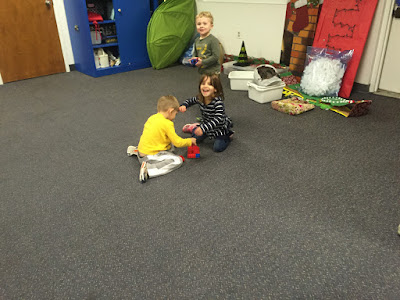