Hope you all had a nice Christmas!  One last thing from the weekend before last, Bev took Ariel to see the Nutcracker by the Pennsylvania Ballet. 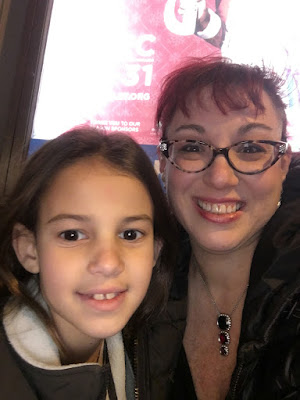 They got to go backstage and hold the nutcracker! 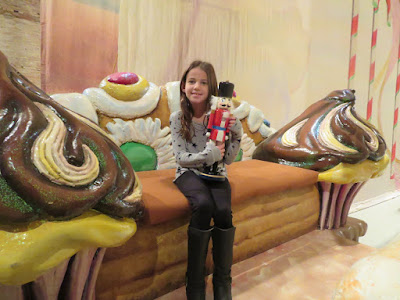 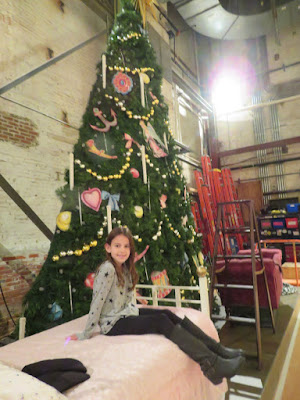 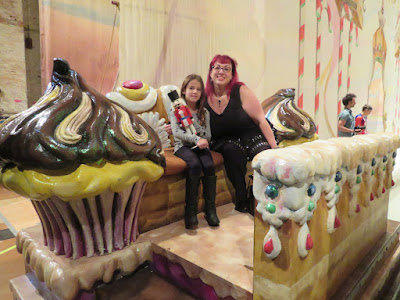 Then they had a nice dinner. 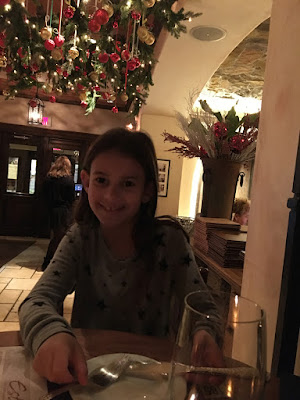 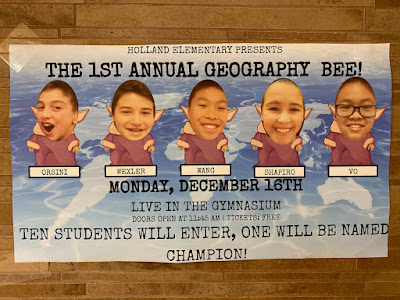 All the 5th and 6th graders were tested and the 10 with the highest scores competed. 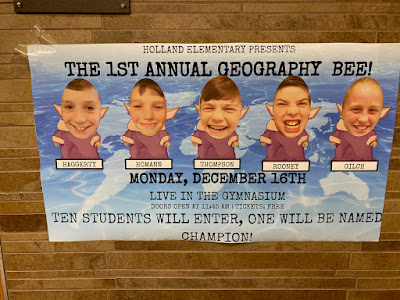 Aden studied like crazy.  He loves geography!  We had people bring questions to Thanksgiving to test him. 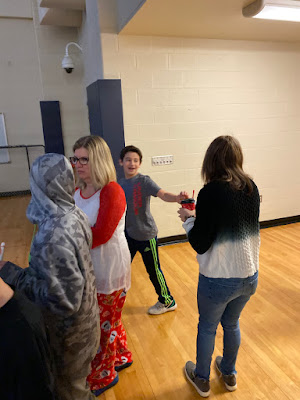 We were not expecting this.  The rowdy students with their signs for their favorite contestants. 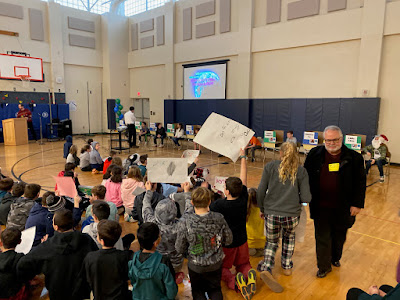 The kids were really into it. 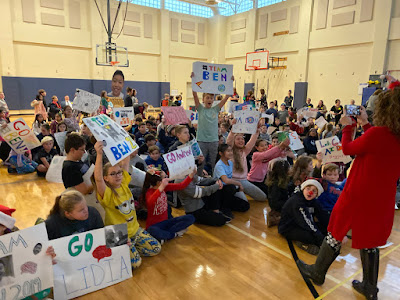 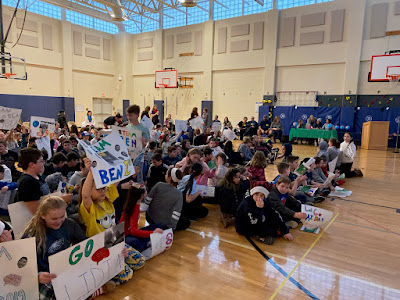 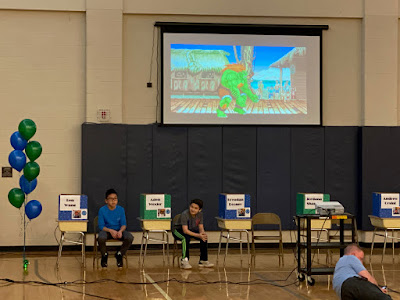 We weren't allowed to film any of the competition.  Aden got every question right as the others started falling away.  It finally came down to Aden and 1 other boy.  The final questions were hard.  I was actually stumped on many of them.  Neither boy got any of the first 9 right.  The 10th question was about Aruba!  You could see Aden's face light up.  He's been there twice.  The question was what sea is Aruba in.  The other boy said the Med.  Of course Aden said Caribbean and he won! 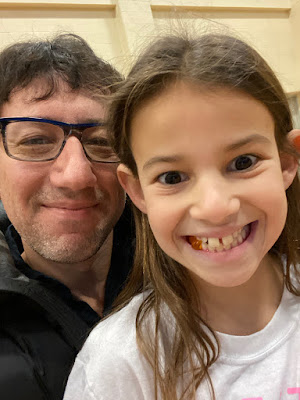 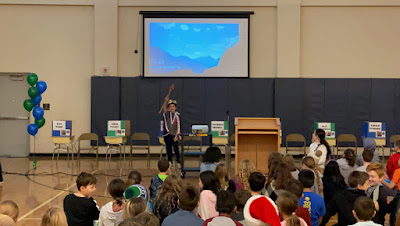 He loved the way the kids reacted. 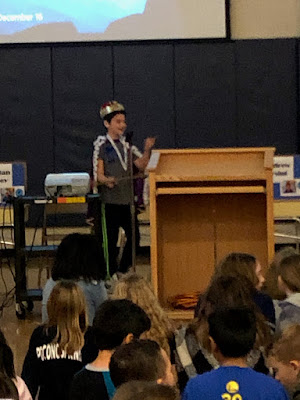 They all bowed to him! 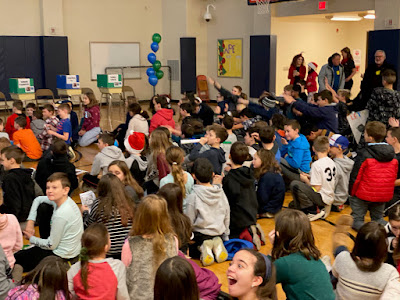 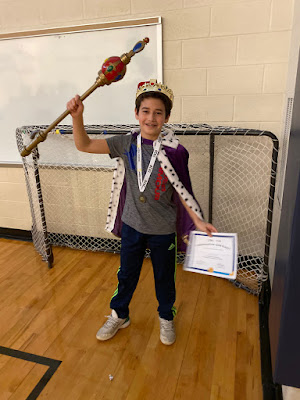 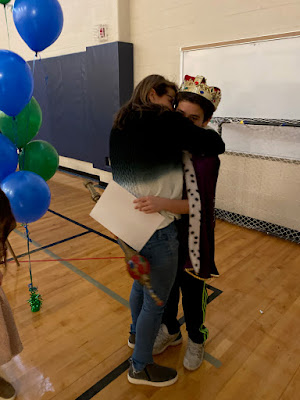 We are so proud! 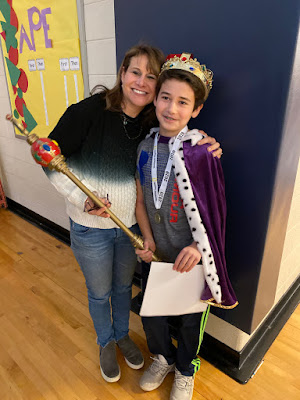 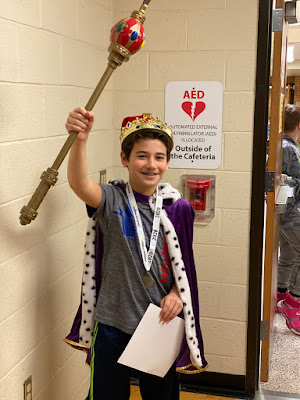 Here are some of the signs the kids made him.  They are really good! 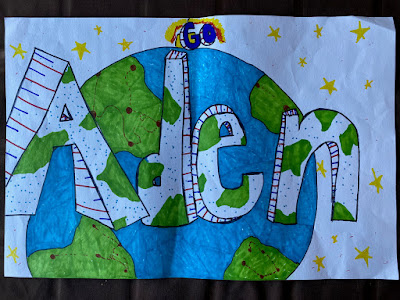 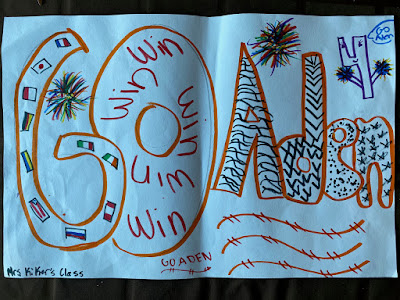 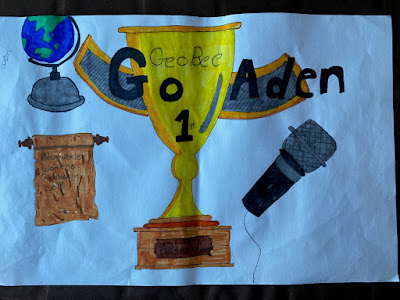 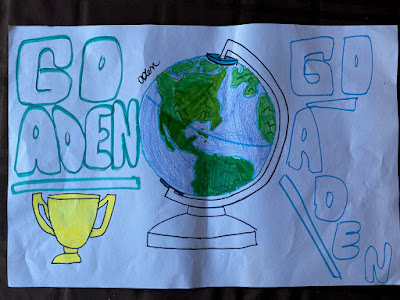