It's Wednesday night and it's been raining hard all day.  I have to take the trash out but I really don't want to.  They come so early in the morning though.  I wish this was a two way thing so I could find out how you all are doing!

This is Thanksgiving morning.  The gate was open and the boys got downstairs.  By the time we caught up with them, they had started emptying the dishwasher. 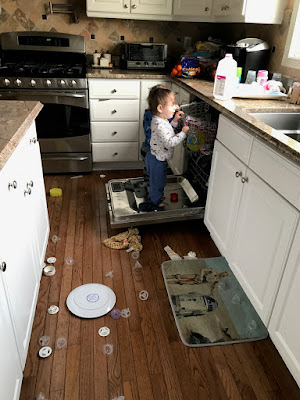 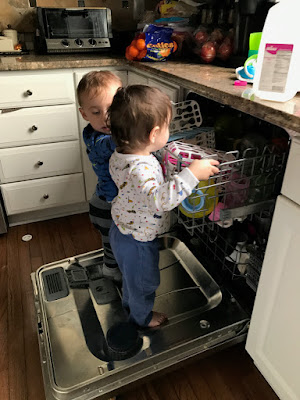 Then they started drumming on the pots and pans. 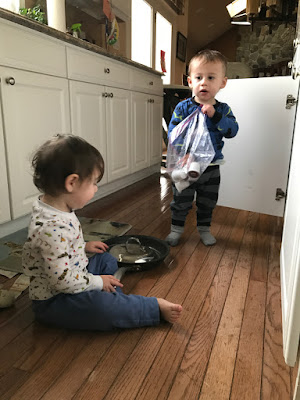 We spent the morning going back and forth between the Macy's Thanksgiving Day Parade in New York and the local one.  You can tell the Philly one has a slighter smaller budget.  Can this really be considered a float? 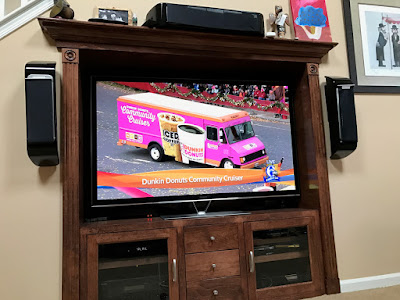 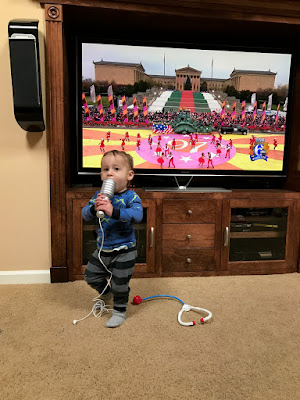 Ariel had a play date with Eva. 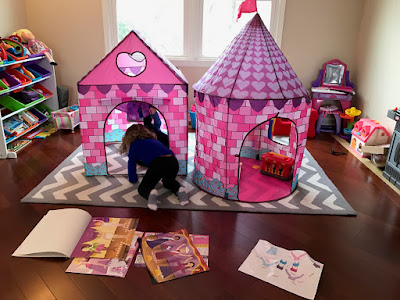 I spent the afternoon cooking green beans and brussel sprouts. 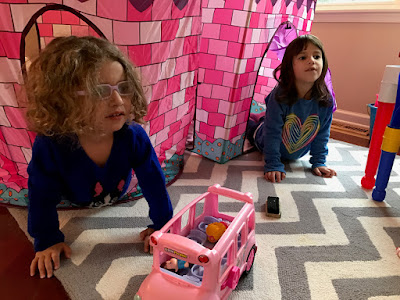 That night we had Thanksgiving dinner at Amy's parent's house. 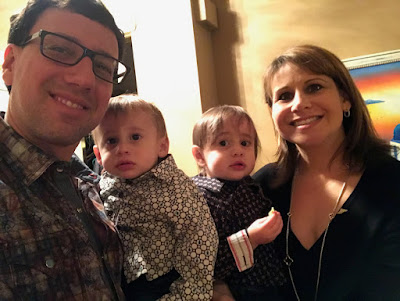 Not sure what Aden was thumbing down. 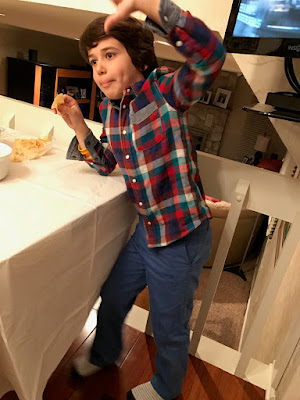 He did though try most of the food, which was a first for him. 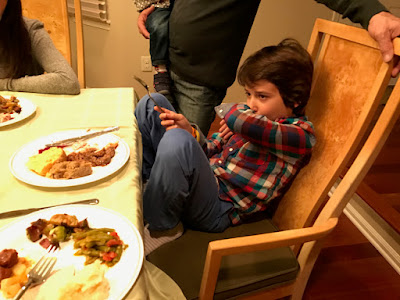 Everyone helped with the food and it was all yummy. 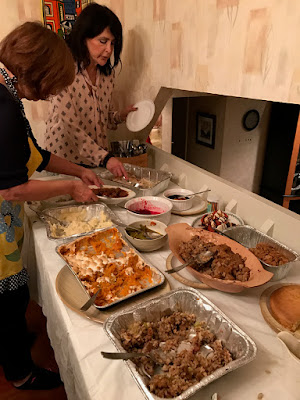 I caught Aden trying to get some candy. 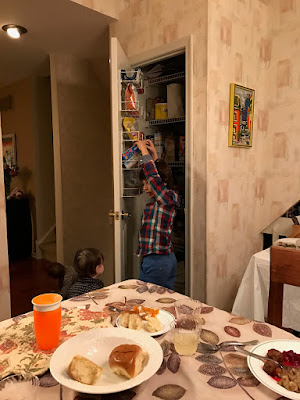 Big man Noah.  Do you remember Aden wearing this shirt? 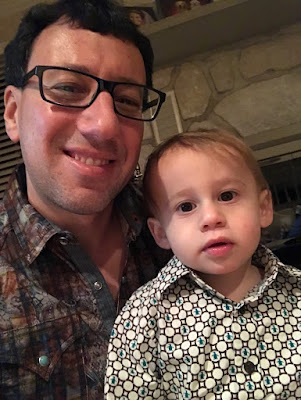 Cute!  Clar and Jeff did the best job hosting! 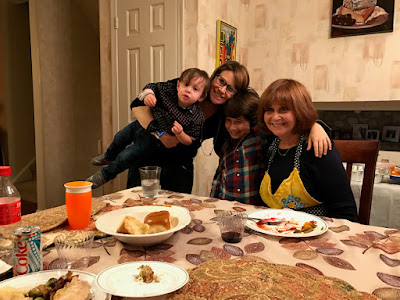 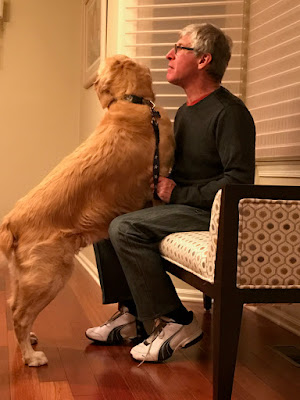 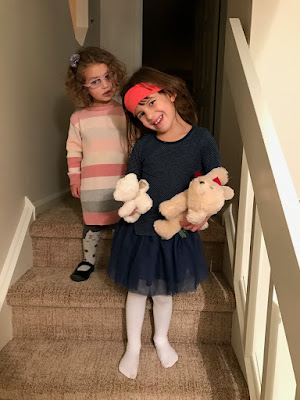 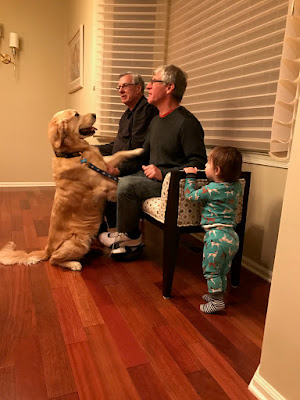 Aden was a good boy and talked to Bev and my grandmother. 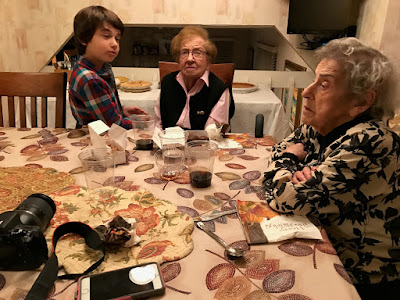 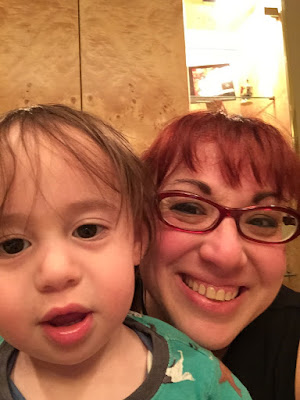 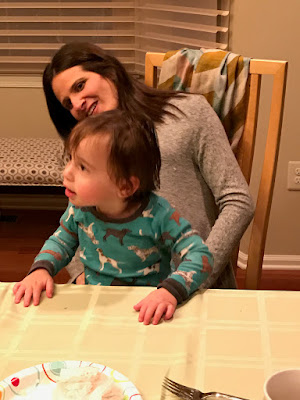 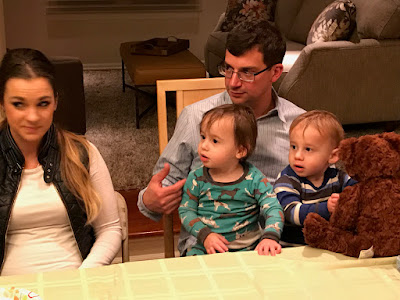 Everyone was thrilled Justin and Katie were able to join us all the way from Washington. 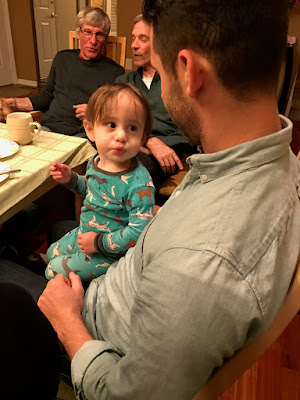 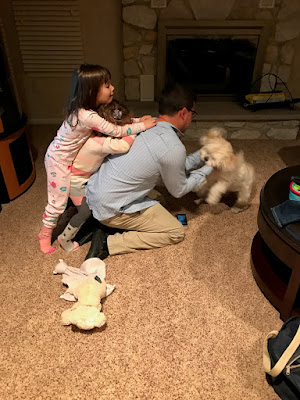 Of course the boys fell asleep on the way home. 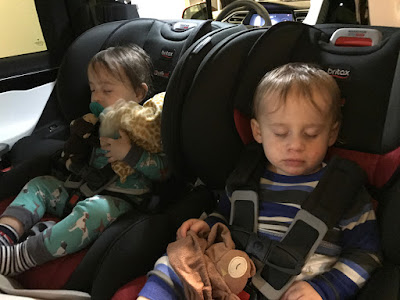